Our fave event of the year is here: Queerbomb! 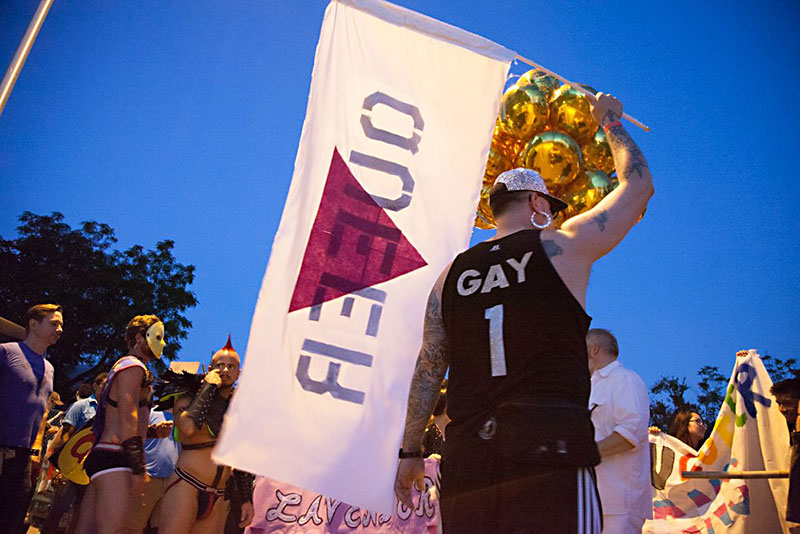 Queerbomb is here (see Saturday)! We've got the glitter and gold short shorts ready and our procession shoes on. There's a whole piece on how this year's event shaped up (see p.28), but in a year where so many attacks have been made against queer, trans, and QPOC folks, I can't think of a time I craved a night in the streets with such a fabulous, inspiring, and resilient community more than I do right now. If Queerbomb's not yer thing though, we'll try not to judge, especially because the Chronicle's own Arts editor, Robert Faires, will be onstage Saturday night with the Capital City Men's Chorus. And of course, our friends from Crown Them Royal host a classic summer dance party. Whatever it is you choose to do this weekend, do it with glitter – and pride.

Sip to Support With L&B A new monthly summertime happy hour with the Wolfpack ladies. A portion of each month's proceeds will go to the Equality Alliance. First Thursdays. Sellers Underground, 213 W. Fourth. www.fb.com/wolfpackproductionsatx.

BLF Presents: Kilt Night Everyone loves a bear in a kilt. So hang loose for a night of retro beats, hot bodies, and prizes from Tapelenders. Fri., June 2, 9pm. The Iron Bear, 121 W. Eighth. Free.

The Trouble With Ray: Fundraising Screening A fundraiser for the Texas Equality March for Unity and Pride (June 11). Catch the doc on Ray Hill, a Texas-based LGBTQ activist in the Seventies. Hill will be in attendance for a post-screening Q&A. Thu., June 8, 7:30-9:30pm. 1700 S. First. www.fb.com/queerrigtsatx.

Austin Black Pride Boat Party 2017 Get on the boat with ABP! BYOB, food (for sale), and swimmers (and floaties) encouraged. Before boarding, donate some school supplies to the drive. Deets on FB. Sat., July 15, 6:30-11pm. Just for Fun: Watercraft Rental, 5973 Hiline. $22-50. www.fb.com/austinblackpride.