The Luv Doc: The Hot, Fiery Furnace of American Stupidity 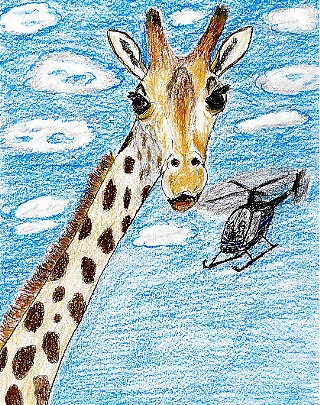 Been asking some ladies out lately. To my surprise, before said date occurs, I find out these women have boyfriends. Umm, what the fuck? I wonder if these women would give me their number so easily if their boyfriend was standing there? Hell, no. So trust is shot, right off the bat. It's 2017. I respect that. Call me old-fashioned, but if my gal gave her number to any guy she met, I'd call it grounds to move on. Keep your job while looking for a new one. Dump your guy before you give your number out?

Dear GA, this is what comes of asking out ladies … or women … sometimes they have boyfriends. What are you going to do? You could hardly expect them to resist you more just because they're dating someone else, can you? I dare say not. Ladies and women are only human. That said, I am in agreement with you regarding the trust issue. You should never trust the kind of woman who would go on a date with you – whether she has a boyfriend or not.

As a matter of fact, I will go you one further. You should probably not go on a date with any woman or lady who tells you she has a boyfriend. I'm not just speaking from atop my moral high horse here. I am saying that dating someone who already has a boyfriend is not a good idea for either your mental or physical health. At the very least, you're going to be subject to bouts of paranoia and self-loathing, and the worst case scenarios can involve some really depraved and violent shit. Rejected lovers can get really creative.

Also, I am a little confused by your respect for 2017. Look, I've been living in this motherfucker, too, and it has been a huge shit sandwich so far. I will admit there might have been a few fleeting moments of optimism in early January, but ever since the inauguration it's just been an acrid, smelly golden shower of bad news. Even April the giraffe tried to hold off giving birth to her baby until 2020. She fell a few years short, but you have to respect her heroic efforts to protect her offspring from the hot, fiery furnace of American stupidity. As the old Russian proverb says, "The tallest blade of grass gets cut first," and giraffes are rightfully paranoid.

Lastly, I won't call you old-fashioned, but I am wondering why you have been "asking some ladies out lately" when you already have a gal … who, we can presume, doesn't give her phone number out to any guy she meets. This sounds like a blatant double standard to me. Why can't both of you give out your numbers … only selectively? There is probably a decent, thoughtful, well-mannered fellow like yourself out there somewhere that she might take a shine to. Similarly, if you keep rolling the dice with these ladies, you might eventually find one who will lie to you about her boyfriend. She sure would be a catch, wouldn't she?