The fight carries on 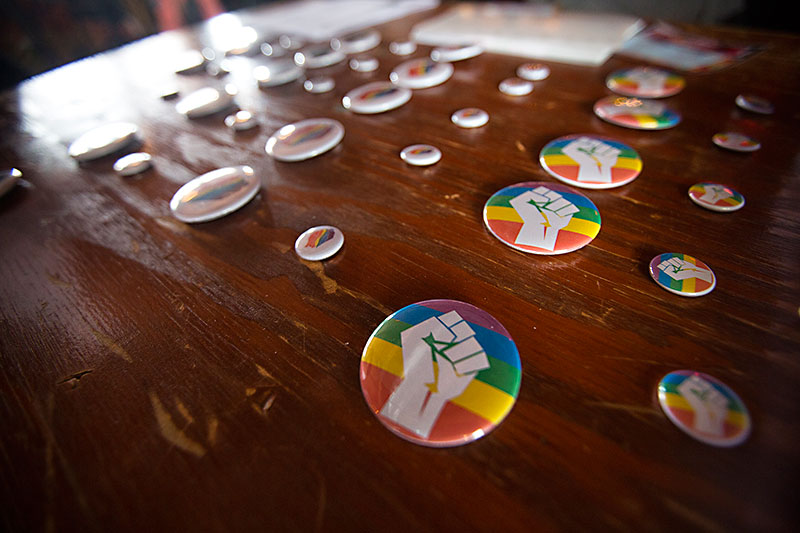 Time flies when you're worked up. An awful lot has occurred in the three months since 2017 opened its pretty little eyes. We've been reassured that Queerbomb will glitter on for another year, and just last week we celebrated the second annual Black Pride. Austin organizers are finally addressing the dearth of trans health care with the new Gender Care Clinic and the Central Texas Transgender Health Coalition. We've banded together to fight against hateful trans- and homophobic laws like SB 6 and 651 – though we're still waiting anxiously to see if the state Legislature will listen. If they don't, we'll fight more. It seems truer than ever before that in a crisis our queer community shines. Now spring is, well, springing up around us and I can't help but feel ... a lot. Some days are still overwhelming, and it seems that will continue for the next four or so years. But there's also a renewed feeling of hope and community as I continue to watch us grow and form new and tighter bonds. Without further ado, this weekend seems like a great time to get out there and radically celebrate queer life.

This Is (Not) the Gayest Show You’ll Ever See ColdTowne's first queer-themed mainstage production. Saturdays through April 29, 7pm. ColdTowne Theater, 4803-B Airport. $8-10. www.coldtownetheater.com.

What is Non-Monogamy, Anyway? Sex coach and Human Sexuality Ph.D. candidate Erica Force leads a workshop on the different types of non-monogamy as well as its joys and challenges. Come with an open mind and keep the space safe. Sun., April 9, 6-8pm. Q Toys, 6800 Burnet Rd. $10. www.partywithqtoys.com.

Boiz Throughout the Decades (Boiz of Austin) Travel back in time as the Boiz relive ultimate classics with special guest(s) the Hot Damn Damsels. Tipping is good, and donations to the Flash Fundraiser are better. 18 and up. Tue., April 11, 9pm-12mid. Elysium, 705 Red River. www.fb.com/boizofaustin.

Lesbians Who Tech April Meetup LWT brings back Topgolf and networking night. Golf and entertainment costs on your own, but the results could be priceless. Wed., April 12, 6:30-8:30pm. Topgolf, 2700 Esperanza Crossing. $0-15. www.lesbianswhotech.org.

Art Erotica Dress up (or down) for the annual alluring art affair and auction celebrating love, lust, and the gooey stuff in between. Sat., May 20, 8-11pm. 504 Trinity. $53. www.bidr.co/events/arterotica.