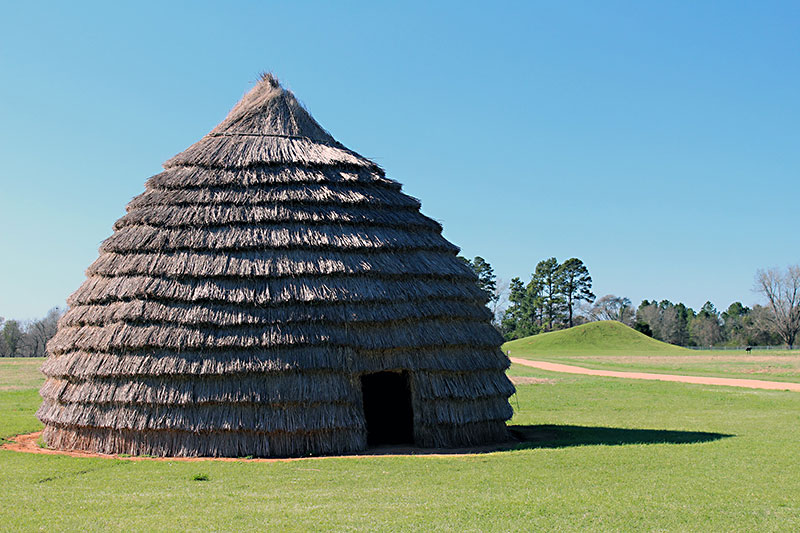 Caddo Mounds State Historic Site outside of Alto is sporting a new beehive hairdo. Actually, it is a two-story, conical-shaped grass house replica of the type used by the Caddo people at the site until the 13th century.

From the time the state park opened until around 1995, a grass hut had illustrated how the Caddo lived. Made with pine, willow, and cedar poles covered in layers of switchgrass, the houses were warm in the winter and cool in the summer. Unfortunately, the dwellings are not meant to last, and after 15 years the replica was removed. 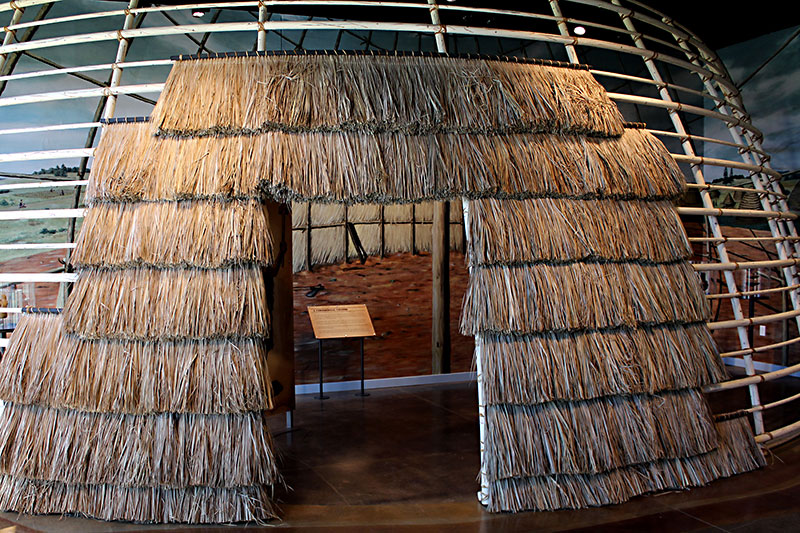 After months of backbreaking work by volunteers, a new copy of the round beehive-shaped home opened to visitors late last year. At its zenith, a village of 140 of these houses surrounded three ceremonial mounds.

The Caddo were once the dominant force in an area from East Texas into southern Missouri. They thrived on trade and agriculture rather than war. As the southwesternmost ceremonial center for the tribe, Caddo Mounds was an important religious, governmental, and burial place for 500 years. The residents dispersed when the settlement's political influence waned. 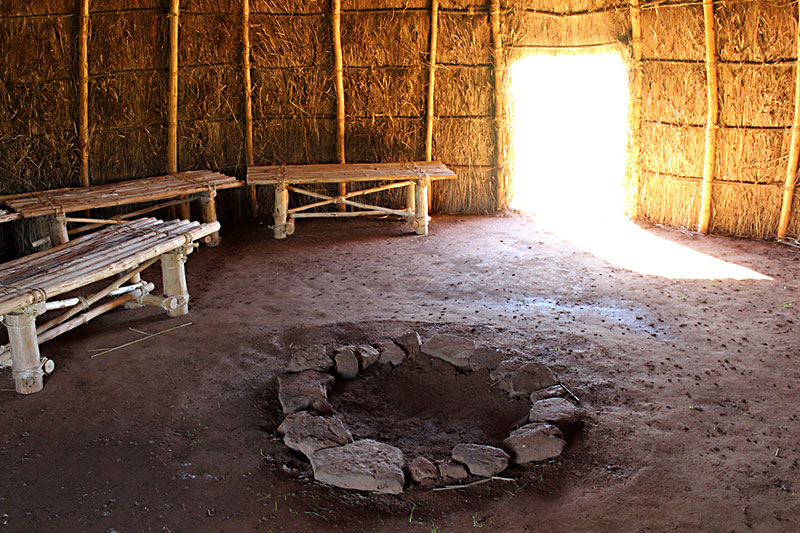 Caddo Mounds State Historic Site is six miles southwest of Alto and 26 miles west of Nacogdoches. The site's museum does an excellent job telling the story of the Caddo and how the huts were built. For information, go to www.thc.texas.gov/historic-sites/ caddo-mounds-state-historic-site.

The Caddo Nation lived in East Texas for centuries until they were forcibly removed to western Oklahoma in the 1840s. The tribe now lives outside of Binger, Okla. On April 8, tribal members will perform a traditional blessing ceremony at Caddo Mounds for the beehive-shaped house.