Turning a trash pile into something beautiful 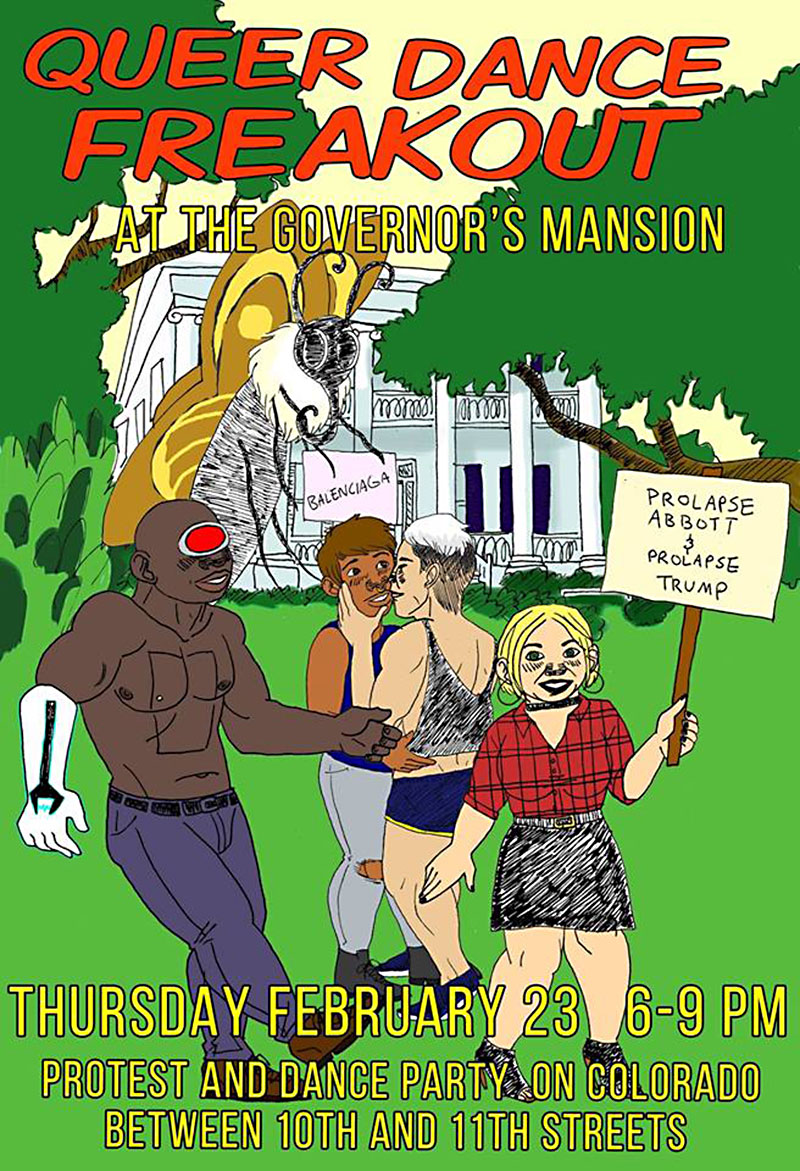 Days before the inauguration and barely a week into the 85th Texas Legislature, my mentor told me, "Now is not the time for fear, so put away the tears." Gay Place – the queer community – has always persisted in the face of political shitstorms. So as immigration bans and bathroom bills and religious freedom laws loom over our city, state, and country – we will not cry. Instead we will fight, and we will continue to fight – lob high heels, march, and dance in the street – until our rights (LGBTQ, GNC, QPOC, and every intersectional identity) are no longer targeted by our government. Tonight, the queer community (and allies) will gather in front of the Governor's Mansion for a dance party protest because "the governor is playing games and we've had enough of them," said Jeremy von Stilb, one of several organizers. "We're turning a trash pile into something beautiful and standing up for the rights of transgender [and queer] people in Texas. This is an opportunity to see one another and recognize how we can make our community stronger by being physically present with one another. This is a family affair and we are not going to stand down."

SB 6 (aka the Bathroom Bill) Hearing Lt. Gov. Dan Patrick believes SB 6's committee hearing will happen in early March. Are you ready to speak up and speak out? EQTX is putting out the call for testimonies. They need "as many of you and parents of trans youth" as possible. Follow Facebook for updates. Thursdays. Texas State Capitol, 1100 Congress, 512/305-8400. www.equalitytexas.org.

Queer Dance Freakout at the Governor’s Mansion Viva la resist-DANCE. Austin's qmmunity dances in protest of Texas politicians' trans- and homophobic laws. "We say no to bathroom bills. We say no to marriage equality limitations. We say yes to sweating in the streets!" Thu., Feb. 23, 6-9pm. Governor's Mansion, 1010 Colorado, 512/463-0063.