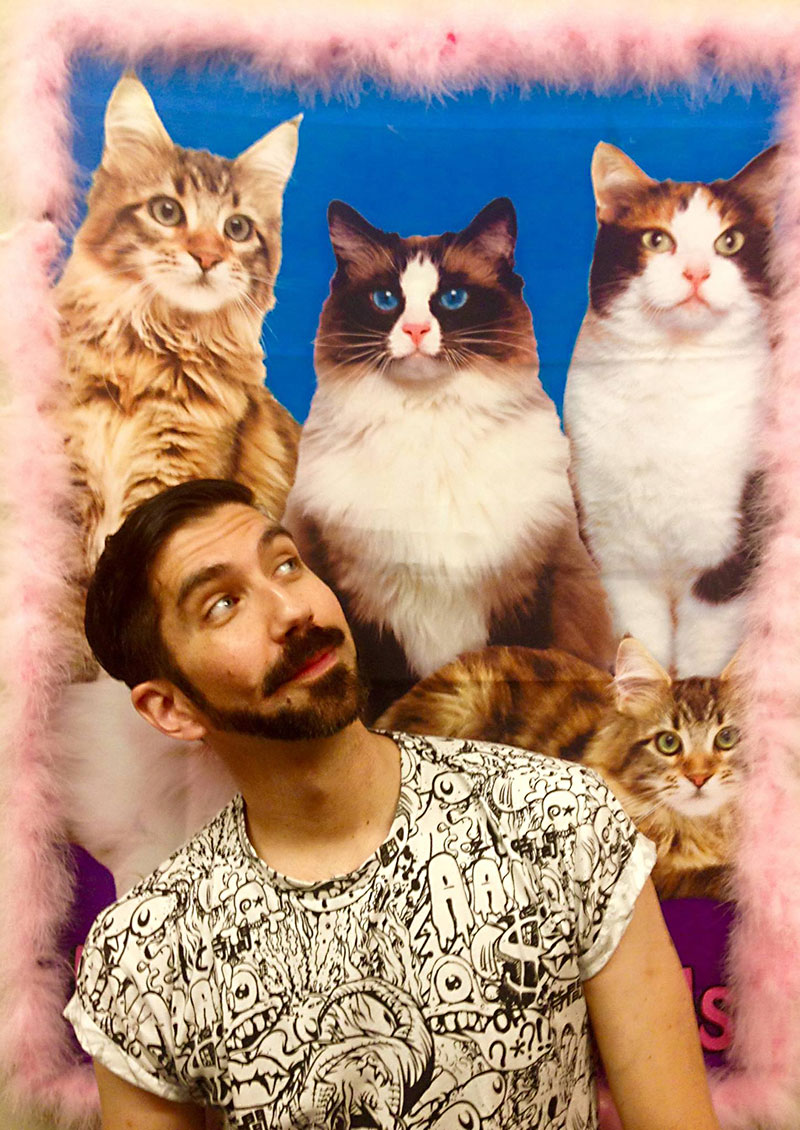 Last night, the third annual OUTsider Fest "Into the Wilds" kicked off in glittery glory. As the first fully funded sans crowdsourcing year, this international multimedia queer arts festival isn't pausing to pat itself on the back. Instead, they're retreating to the woods to build a bigger and queerer resistance. Curran Nault, OUTsider's founder and artistic director, chose the woodsy theme intentionally. For him, nature is a place to gather, collaborate, and "emerge ready to fight," he told the Chronicle earlier this week. As for the importance of LGBTQ community in today's world, Asher Ford, the festival's PR director, said, "Being queer has always been about much more than who we sleep with – I can't think of a better way to see the kaleidoscope of queer existence." From witchy gender benders to transgender icon Sandy Stone – and an array of national and international artists – OUTsider creates an empowering space to nurture and strengthen our gorgeous community. Ford said it best: Because #TheResistance is about more than queer survival, it's also about queer life. (See austinchronicle.com for more coverage.)

OUTsider: Shaboom!! Too Release some queer art fire at the afterparty to end all afterparties. These OUTsider peeps aren't clowning around ... or are they? Fri. & Sat., Feb. 17 & 18. Location TBA. www.outsiderfest.org.

LGBTQ SXSW Community Meetup The peeps of SXSW are gearing up for the Fest and they want the queers to know they care. Swing by their LGBTQmmunity meetup, network, chillax, and collaborate. Tue., Feb. 21, 6:30-8:30pm. Dropbox Austin, 501 Congress, fifth floor. Free. www.sxsw.com.

Cake: A Rihanna-Themed Them//They It's Rihanna's 29th and GirlFriend knows you wanna lick the icing off. So come and put your name on it. Wednesdays. Volstead Lounge, 1500 E. Sixth, 512/680-0532. www.girlfriendatx.co.

Queer Dance Freakout at the Governor’s Mansion Viva la resist-DANCE. Austin's qmmunity dances in protest of Texas politicians' trans- and homophobic laws. "We say no to bathroom bills. We say no to marriage equality limitations. We say yes to sweating in the streets!" Thu., Feb. 23, 6-9pm. Governor's Mansion, 1010 Colorado, 512/463-0063.