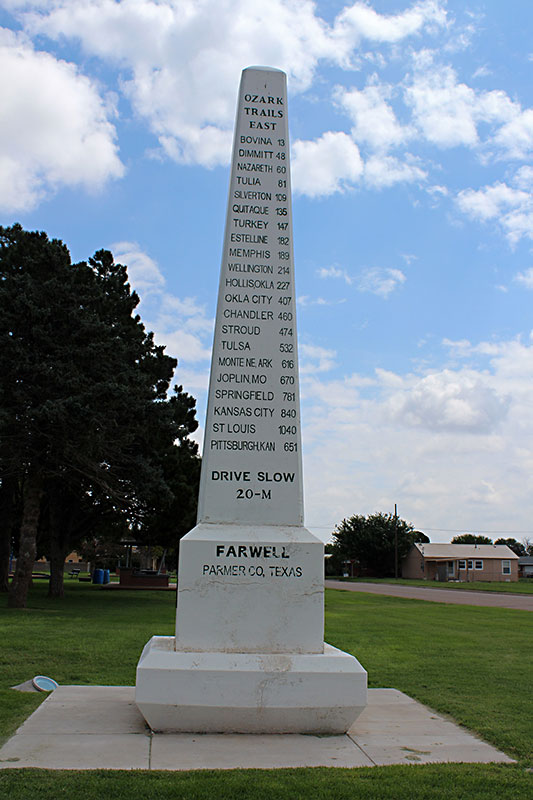 Farwell welcomed the arrival of the Ozark Trail in 1918 with the hope that economic prosperity would follow the maps to the isolated little town in the Texas Panhandle between Lubbock and Clovis, N.M.

The trail was a network of locally maintained roads promoted by a national organization to encourage tourists to the region. The two-way roads also connected Texas motorists to the resorts in the Ozarks. 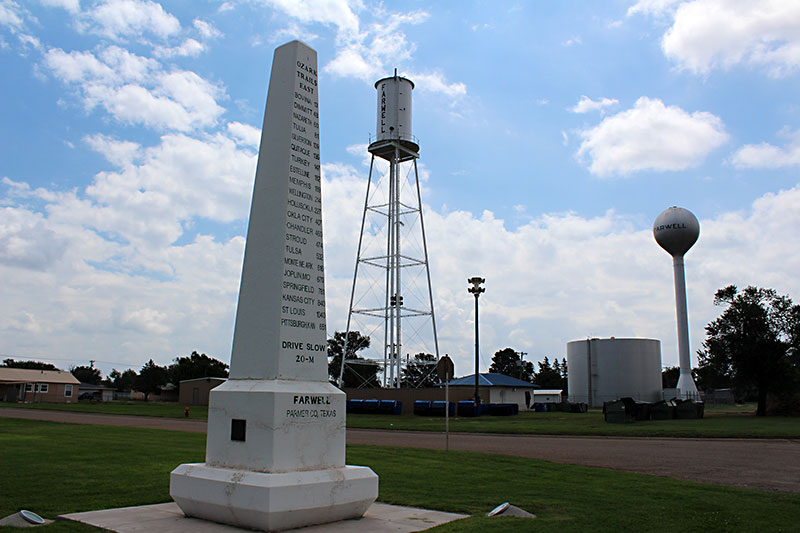 Before the national highway system, municipalities received advertising in the Ozark Trails Association (OTA) publications. In exchange, the locals built dirt, gravel, and asphalt roads from St. Louis, Mo., to Santa Fe, N.M. Much of the trail was later converted to the federal highway system, including Route 66 across the Texas Panhandle.

The OTA encouraged communities to mark the route with signs or 25-foot-tall obelisks giving travel information such as distances to other towns. Of the estimated 22 white pyramids built in the Southwest only four survive in Texas at Farwell, Dimmitt, Wellington, and Tulia. 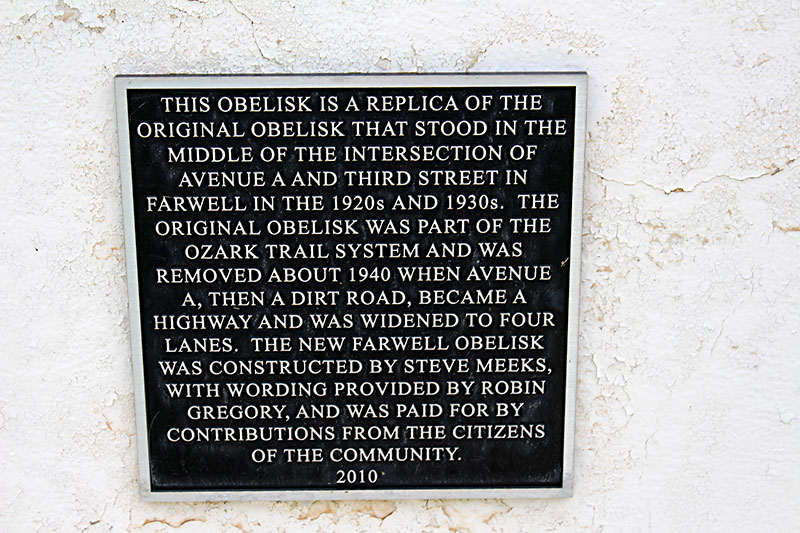 Farwell became the county seat of Parmer County in 1908. Once a cow camp for the XIT Ranch, the county was owned by the syndicate that exchanged construction of the state Capitol for land. The town is named for an executive of the company.

The original obelisk in Farwell stood at Avenue A and Third Street until the Forties. The current replica was built in 2010, and placed in City Park at Third Street and Avenue E next to the county courthouse. 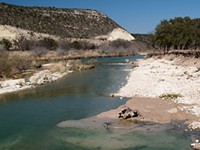