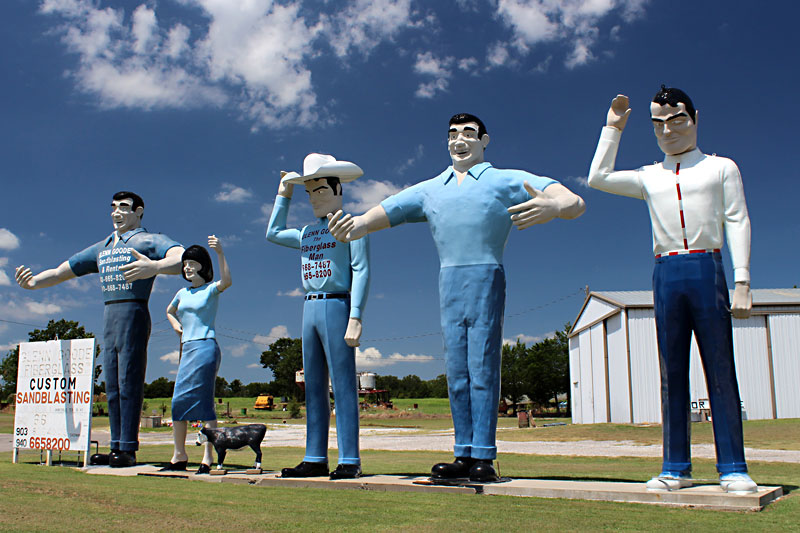 Glenn Goode's Big People in Gainesville watch over the farm-to-market road like giant gnomes greeting each passerby with a smile and a wave.

"Muffler Men," 18- to 25-foot-tall fiberglass sculptures, began popping up along American highways in the Sixties and Seventies. The oversized statues originated at International Fiberglass of Venice, Calif. Paul Bunyan Cafe on Route 66 in Flagstaff, Ariz., is reputed to have installed the first giant. The towering promotional figures became associated with muffler shops, although they were used by all kinds of businesses around the country. Production was discontinued in 1976. The figures have become collector's items and vacation destinations. 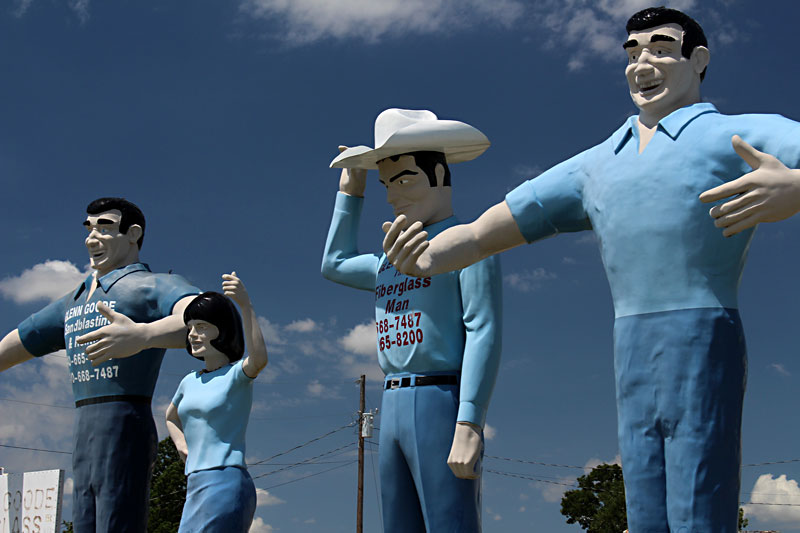 Glenn Goode, who passed away in 2015, began his collection of roadside giants in 1971. Over the years he collected a Uniroyal Gal, two Muffler Men, and two Big Johns that were used by a Kentucky grocery store chain. The quintet is the largest concentration of fiberglass big people. Goode's main business was sandblasting, but he became an expert in repairing and ultimately casting his own versions of the giants. 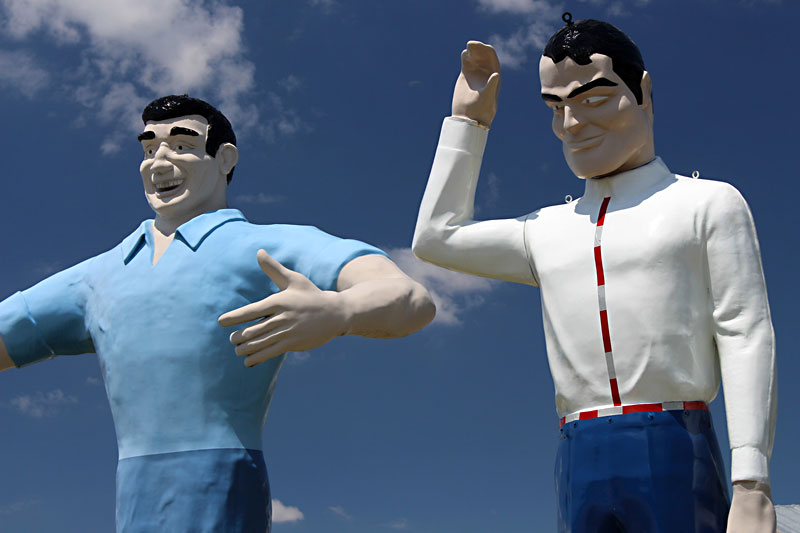 There are hundreds of the big people scattered around the country and at least 10 are in Texas, in addition to Goode's five. RoadsideAmerica.com has done an excellent job documenting the locations of the towering Muffler Men, Paul Bunyans, Indians, vikings, cowboys, and pirates at www.roadsideamerica.com/map/theme/86.