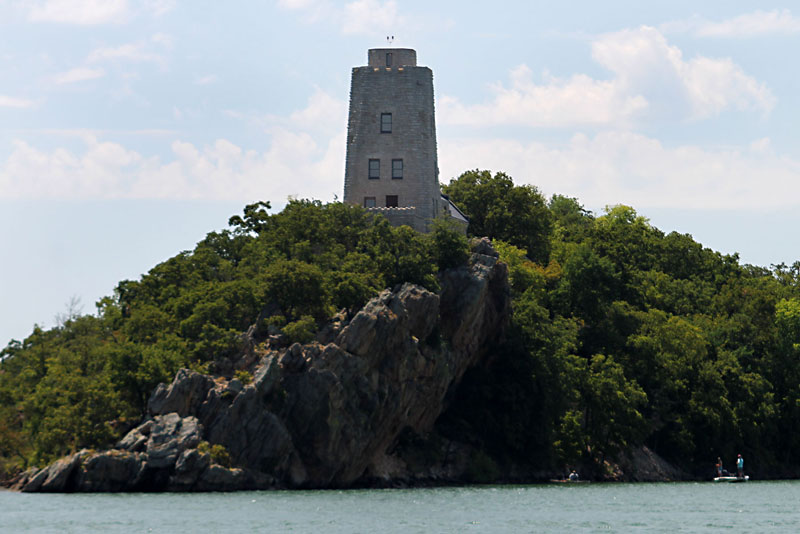 Tucker Tower in Oklahoma's Lake Murray State Park was built as a retreat for the governor. It was never used for that purpose, but the 65-foot tower does offer the public a panoramic view of Oklahoma's first and largest state park.

Built by the Civilian Conservation Corps during the Great Depres­sion, the park south of Ardmore and about 30 miles north of the Red River was begun in 1933. Many of the buildings were designed by Herbert Maier, the same architect who produced facilities at Yellowstone, Grand Canyon, and Yosemite national parks. 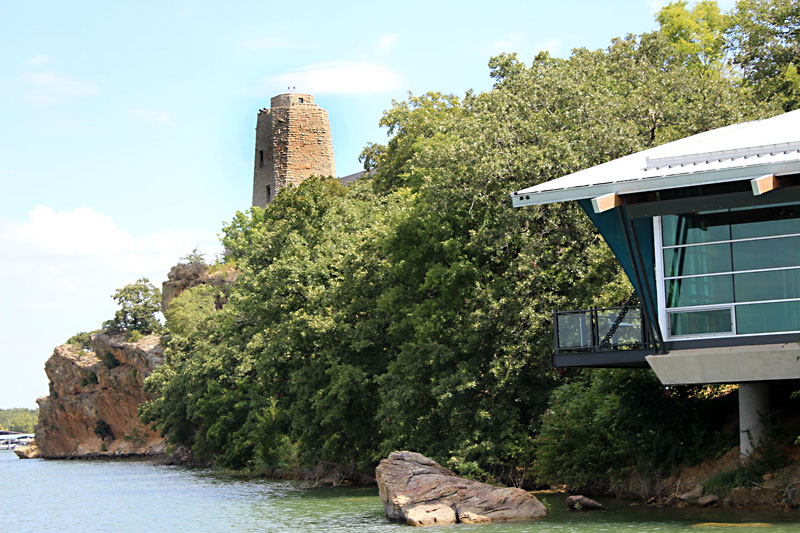 Although Lake Murray opened to the public in 1938, work on the castle-like tower was suspended in 1935 by federal officials. The state completed the project in 1954 and opened the tower as a geological museum to house the world's fifth-largest meteorite. A separate modern nature center was added later. Made of locally quarried stone, the tower offers a breathtaking view of the lake's serrated shoreline. The numerous coves are considered some of the best fishing holes in the state. Thick stands of trees come right down to the blue water's edge. 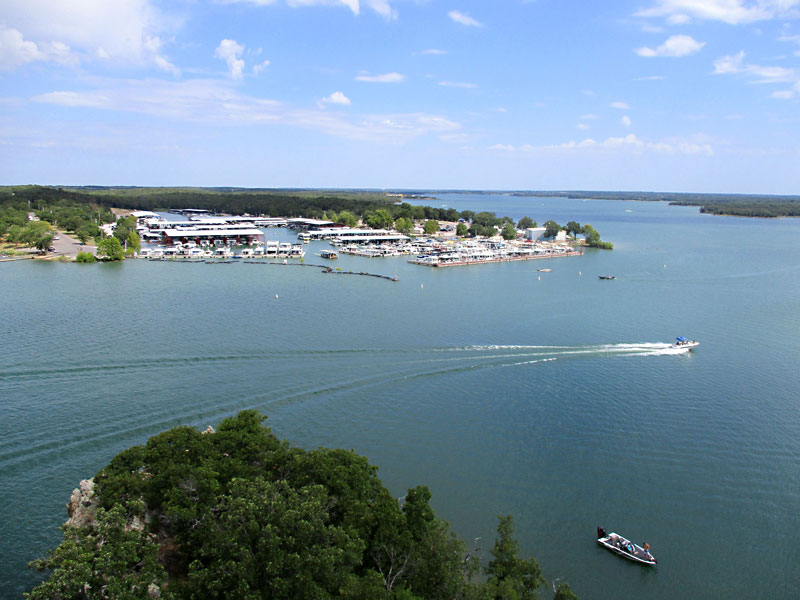 Lake Murray State Park has a number of amenities including cabins, a lodge with a restaurant, swimming beaches, marinas, campgrounds, and hiking and ATV trails. Covering more than 12,000 acres, the park is five miles off I-35 and about 100 miles north of Dallas. For more information or to make reservations, go to www.lake-murray.org/state-park.