Thanks for the prayers, but they're not good enough 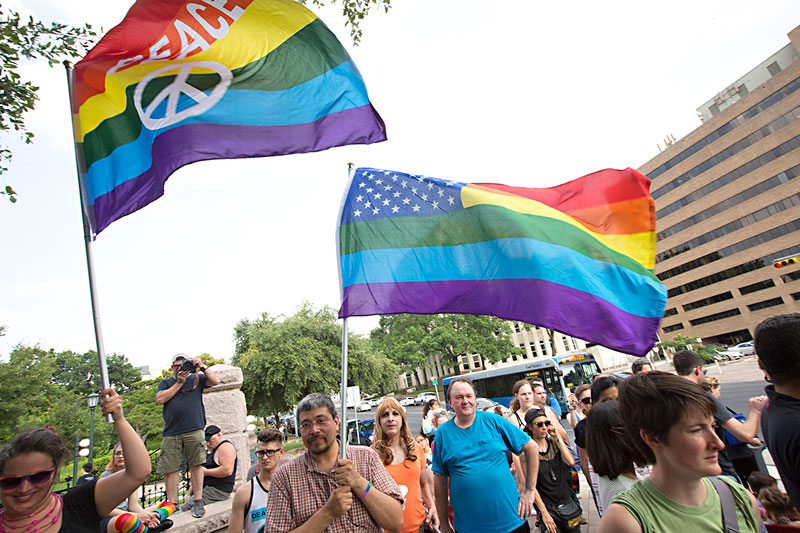 The numbness from Sunday's massacre has begun to slowly wear off – the way Novocaine fades after dental work and you start to realize how much pain you're in. The entire queer community is in mourning. My Facebook feed has become one long, angry, heartbroken eulogy to Orlando, and the 49 brown/Latinx, queer lives we lost this weekend. June 12, 2016, made history as the deadliest hate crime on American soil – let that soak in. It's also the deadliest shooting spree we've seen.

I've read lots of things asking for moments of silence for the lives lost, I've seen numerous #prayfororlando posts, I've seen the straight-washing version of #AllLivesMatter. But here's the thing: This was a targeted attack on queer, brown people. QPOC communities, brown people, queer people are repeatedly shown that our lives don't matter as much as others.

Thank you for your prayers, but they're not good enough. We – queers, QPOC, POC, women, gender-nonconforming folks – need action. To our straight allies, and white allies (and cis allies), stand up for us. Speak up for us. Vote for us. More than 100 anti-LGBTQ bills have been proposed in the past six months. It's real and it's scary and it's tangible. We need allies at the voting polls, on the streets, on Facebook. Speak up.

Before Sunday, "Gay Place" was going to talk about Juneteenth, the oldest (known) celebration of slavery's end, dating back to 1865 when Texas slaves finally learned of their freedom two-and-a-half years after Lincoln's Emancipation Proclamation. Less than a week after 49 Latinx queer lives were tragically cut short, there's no better time to remember the reality of intersectionality. Race, gender, culture, and class are just some of the many interdependent identities that go into shaping movements and social change. This weekend, Austin Black Pride hosts two events created to further this discussion.

I've said it a lot already, and I'll probably say it again, but it's important to hold each other closer. Educate your allies, listen to your queer friends, your friends of different races, cultures, and backgrounds. But this is no time to be quiet. Speak up.

A #PEACOCKPROUD BENEFIT FOR THE VICTIMS IN ORLANDO In honor of the 49 QPOC lives our community tragically lost this week, Rain is hosting a booksigning/fundraiser for the victims. A Peacock Among Pigeons creators Tyler Curry and Clarione Gutierrez will be signing and selling copies. All proceeds go to Orlando. Fri., June 17, 5-10pm. Rain on 4th, 217 W. Fourth, 512/494-1150. www.rainon4th.com.

Poo Poo Platter presents GAG: Food for THOT Smell that? It's the final round of prelims to select the queen headed to NOLA for Southern Decadence. Bulimianne Rhapsody hosts some knockout gals. 18 and up welcome to the party. Fri., June 17, 10pm. Elysium, 705 Red River, 512/478-8385. $5. www.fb.com/poopooatx.

KISSIN' AT THE CAPITOL Orlando will not shame us back into a closest. Instead, grab yer boo, your friends, or a cute (and consenting) stranger and make out on the steps of the Capitol. We're not going anywhere. Sat., June 18, 4-6pm. Texas State Capitol, 1100 Congress, 512/305-8400. www.tspb.state.tx.us.

HRC Presents: HER HRC Casino Royale Get shaken and stirred at the HRC's yearly ladiez night, with Les & the Boss. It's a Casino Royale up in here with burlesque, blackjack, and Bond. Play to win, pretties. Sat., June 18, 7pm. Clearport ATX, 516 E. Sixth. $25, VIP $50. www.hrcaustin.org.

Juneteenth Black and Bold Brunch Get ready for a boozy (if ya choose) meetup meets takeover in celebration of Juneteenth. For those who need a refresher: June 19, 1865, the enslaved in Galveston finally learned of their freedom just two-and-a-half years after the enactment of the Emancipation Proclamation. It's a big deal, and this is brought to you by those awesome gays at Austin Black Pride. Sat., June 18, 12:30-3pm. Iron Cactus Mexican Grill & Margarita Bar, 10001 Stonelake, 512/794-8778. www.austinblackpride.com.