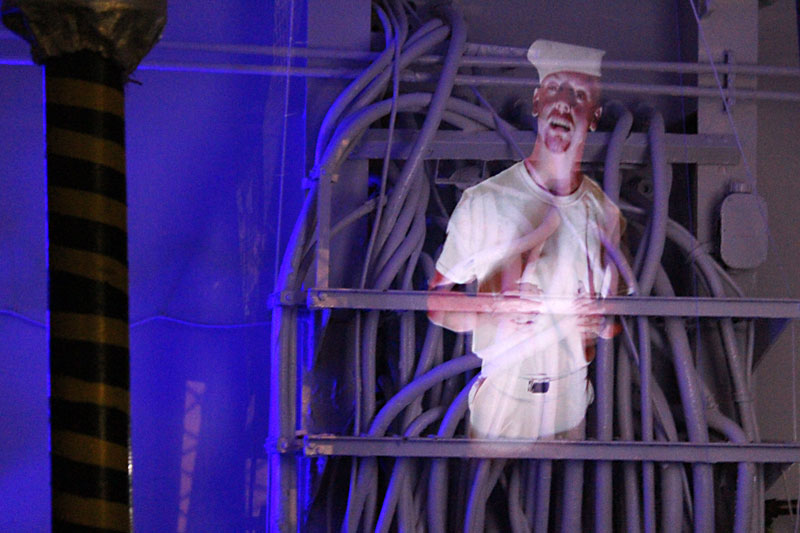 The USS Lexington in Corpus Christi gives visitors an arching overview of American military history. At the center of the curve is World War II, when the aircraft carrier was at its peak.

Launched in 1942, the floating museum is the fifth warship to carry the name. CV-16, the ship's official designation, replaced CV-2, which was sunk at the Battle of the Coral Sea. The first three Lexingtons were commissioned in 1776, 1826, and 1861. Permanently berthed near the Harbor Bridge, the old flattop was a floating city when it carried over 1,400 personnel and 90 aircraft. The Japanese thought the ship was sunk four times and called her "The Blue Ghost." She was decommissioned in 1991 and arrived in Texas in 1992.

Trying to do all of the museum's five self-guided tours and 11 decks is a lot of walking and climbing. The flight deck is not to be missed with its spectacular view of Corpus Christi and vintage aircraft including a rare yellow AT-6 Texan. It's interesting to see the tight quarters where the sailors operated. The larger compartments are filled with a variety of interesting exhibits. 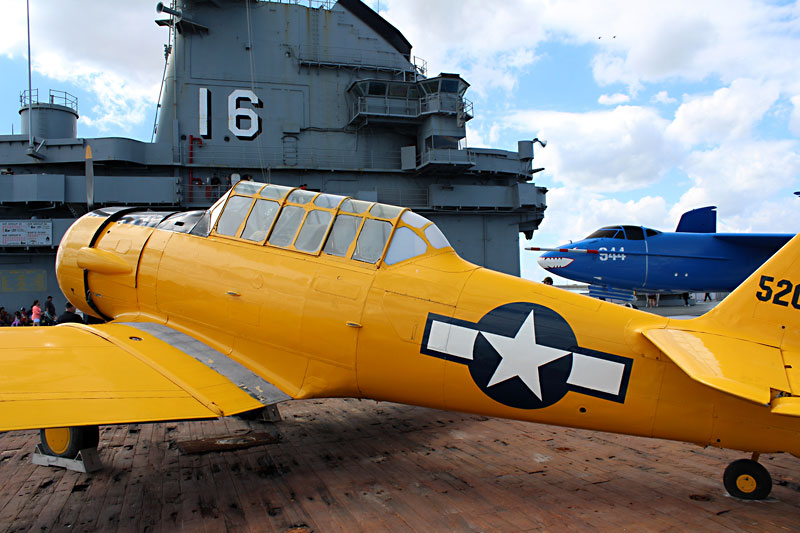 There have been more than 600 paranormal sightings on the ship. One of the most persistent is the sighting of Charlie near the stern. So many people reported seeing a nonexistent guide in a Navy uniform who gave a great lecture about the ship that the museum added a hologram image for those who couldn't see the aberration.