Wherein the Luv Doc contemplates the soft, tender flesh of an almost-royal Canadian 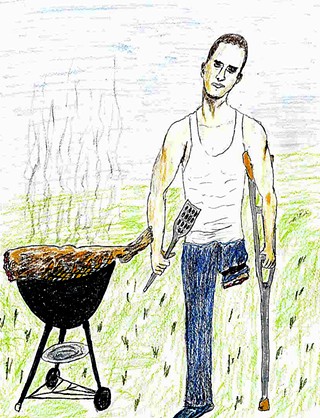 If you had the opportunity to eat human flesh given by a happy and willing donor, would you try it? Don't have to like it, just try it? Say, for instance, Justin calls and says, "Doc! I'm throwin' a backyard barbecue party and you're invited! Just chopped off my leg and we're puttin' it on the grill. Let's eat!" Besides the obvious fact that it would be monumentally difficult to remain friends with Justin ... would you?

No, I don't think it would be "monumentally difficult to remain friends" if I were to take up Justin on his offer to dine on his barbecued leg. By the way, I am assuming for rhetorical purposes you're referring to Justin Timberlake and not "the Biebs" or Canadian Prime Minister Justin Trudeau. I mean, I like Canadian bacon well enough, but I fear the Biebs' ham would taste too douchey. Trudeau, however, is a bit more intriguing – not just for his razor-sharp knowledge of quantum computing, but because he is about as close as you can get to Canadian royalty next to Queen Liz, who actually is Canadian royalty. PMJ was sired by none other than PMP, much like George W. was sired by George H.W., only where GW (the "W" stands for "watercolor") has emotional intelligence, PMJ has actual intelligence. There is still a chance that PMJ will turn out to be a wretchedly incompetent war criminal and retired watercolor hobbyist, but that's unlikely. It's much too cold in the Great White North to paint with watercolors.

The important thing to note here is that Trudeau has the soft, tender flesh of an almost-royal Canadian who is also wicked smart ... just like a pig. In fact, if I were a marketing executive, I might even go so far as to call Trudeau's leg "smartmeat." Clever marketing or not, Trudeau meat would surely taste better than the tender, hairless, douche-marinated boy-flesh of the Biebs. Of course, all of this is just crazy talk because you and I and the rest of the world know that Canadians can't barbecue for shit. In fact, I am not entirely sure you can even light a fire in Canada – certainly not outdoors. You ever wonder why there aren't any barbecued moose restaurants in Alberta? Seems pretty obvious, doesn't it? "No thanks, I'll just have the dried fish ... which tastes suspiciously like barbecued Bieber ..."

So, clearly the obvious choice is Timberlake. First of all, he is from Memphis – where they really know how to barbecue. That's really important. If a guy is inviting you over to his house for some barbecue, even if it's his own damn leg, it really helps if he knows how to barbecue. Secondly, I haven't seen him in a while, but it looks as though JT is prone to that middle-aged white guy chubbiness, which means his meat is likely to be well-marbled. That is key when you're grilling. So JT it is. And don't worry about me staying friends with JT. It kind of goes without saying that you want to stay friends with someone crazy enough to cut off his own leg and eat it. 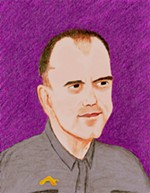 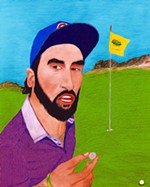