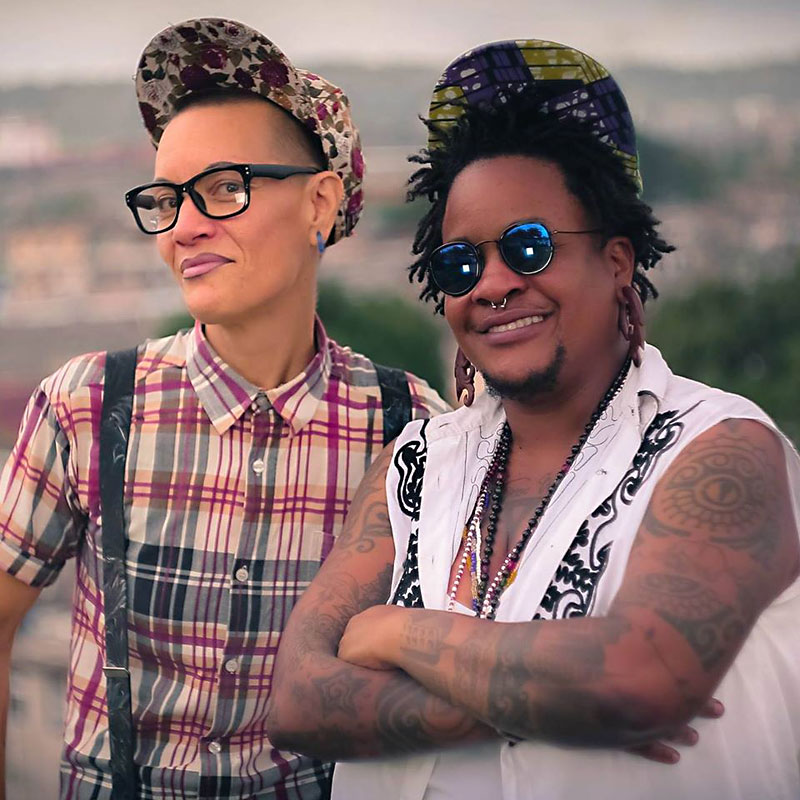 Sun's out, queers out. From trustworthy dance parties (see Saturday's Middle School Dance Party), to fab hangouts (see Friday's QT-mmunity), there's tons of places to mix, mingle, and make out. Looking for something a bit more geeky? Maybe HavenCon (see Friday) is for you. Need to rock out instead? Try the Queer Women Showcase at Cheer Ups (see Saturday) and q-punx MDC at Lost Well (see Sunday). Lastly, swing by Queer Mountain's third anniversary (see Wednesday) for a conversation on queerness and fundraising for Queerbomb 2016. Whatever you're craving, those Austin queers are serving.

BedPost Confessions with Rapt Aerial Dance Is it getting hot in here or is it just these aerial dancers? BedPost Confessions returns with a night of steamy stories, art, music, and performers doing crazy things on silks and trapeze. Thu., April 21, 7pm. The North Door, 502 Brushy, 512/710-9765. $12-20. www.bedpostconfessions.com.

The Crochet Empire Fashion Show & Auc­tion Those crochet knitting jockstrap boys at Crochet Empire are kicking off HavenCon weekend with a fashion show of their most gamer-chic and comic-cool collections. Plus, they're auctioning off some of these bad boys for charity! Thu., April 21, 8pm. Rain on 4th, 217 W. Fourth, 512/494-1150. www.the-crochet-empire.myshopify.com.

LGBTQutie presents QT-munnity Get to know LGBTQutie - the dating app for the entire LGBTQIAxyz community. They're handing out swag, givin' you great DJs (GirlFriend and Divorcée), and getting super qute on the dance floor. And, you can mingle with the bossest of babes beforehand. Fri., April 22, 10:30pm. Spider House Ballroom, 2906 Fruth, 512/480-9562. $5, includes raffle ticket. www.lgbtqutie.com.

Queer Women's Music Showcase It's like SXSW all over again except this DIY showcase is all about queer women! God-Des & She's Tina She performs new work along with the always rad Krudas Cubensi. Other contenders include Mama Duke, Brand New Key, Sarah Stollak, and more. Plus you're raising cash for Allgo and Girls Rock Camp! Sat., April 23, 6-10pm. Cheer Up Charlies, 900 Red River, 512/431-2133. $5-10 sliding scale. www.cheerupcharlies.com.

Cochon Dress your queerest desires with Laundry Larry's Looks on Loan – take a piece, leave an offering. Express yerself on the dance floor; move like no one's watching. Vendors out back, disco-inspired voodoo music inside. Sat., April 23, 9pm. Badlands, 1203 Chicon. $3.

Wet & Wild White Party Subtlety is nice and all, but this wet and wild party wants nothing but obvious. So bust out yer pearliest whites and get ready to get wet. Sat., April 23, 9pm-3am. Highland Lounge, 404 Colorado. Free. www.highlandlounge.com.

MDC & Deathwish at The Lost Well All hail queer punk. 35-year-old punk band MDC (who originally called ATX home) return to their roots this Sunday with a hometown show at that hometown bar. Topping it off, singer Dave Dictor will read from his newly released book, MDC: Memoir From a Damaged Civilization. Sun., April 24, 7pm. The Lost Well, 2421 Webberville Rd. www.fb.com/pages/mdc/114274815249448.

Queer Trivia Strap on those thinking queerbies, it's time again for some queertastic trivia. DJ GirlFriend DJs and Lady Grackle hosts! Watch out tho, this hostess with the mostest is a big fan of those baby bird shots. Tue., April 26, 6-9pm. Cheer Up Charlies, 900 Red River.

Razor 5000 Rumor has it some glittery Brook­lyn queens are strutting through town to kick off Austin International Drag Fest. They've got glitz, gore, and some local grrrls to really rev your drag-lovin' engines, with NYC's own Horrorchata. Wed., April 27, 9pm. Highland Lounge, 404 Colorado. $5. www.highlandlounge.com.

Greetings, From Queer Mountain Ep. 36: 3 Queer Anniversary Greetings! It's a queeriversary: In honor of three great years, QM speakers will talk on what it means to be a modern queer. Donate to Queerbomb 2016, and stay for a Levitation Psych Listening Party! Wed., April 27, 10pm. Cheer Up Charlies, 900 Red River. www.fb.com/greetingsfromqm.

Austin International Drag Festival ATX Drag Fest year two is upon us. Spend the days dolling around Drag Village, spend those nights stunned by stunning showcases. Plus a welcome dinner and show on the first night and a Bye Felicia Breakfast the final morning. It's a glamorama good time. See website for full schedule. All day Thu.-Sun., April 28-May 1. $15-99. www.austindragfest.org.

Guerrilla Queer Bar: (p)Leather Please They say leather is the new denim and straight bars are the new queer spaces, so pull on some (p)leather and rock yerself to Volstead for a punk-rawk-inspired GQB. Ya know the drill – drink, talk, make out. Thu., April 28, 6-10pm. The Volstead, 1500 E. Sixth, 512/680-0532. www.fb.com/wherethegirlsgoatx.