The Luv Doc: The Dating Scene 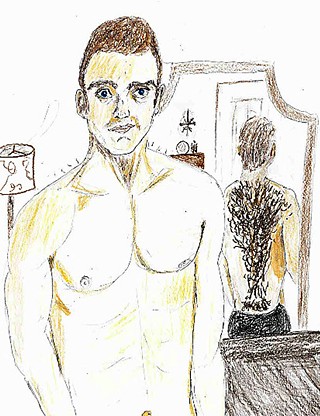 What does a 40-plus woman do to meet men after a long and ugly divorce process? I was married for 15 years and haven't been in the dating scene at all. I don't want to date men at work, and I don't have a lot of male friends. I am also a bit wary of men in general these days. What do you suggest?

As my 6'6" hippie friend Motorcycle Michael used to say, "People are just no damn good." I am fairly sure that some of the people he was referring to were men, but I never called him on it. Why? Because whenever he said that, he was laughing at me – usually when I was mad at somebody about something or other – sometimes trivial, and sometimes not. I know that makes him sound like an asshole, but Motor truly loved people – all kinds of people – and that statement was more of a reflection of his willingness to forgive them rather than outright misanthropy. It was his own take on the duality of Man, I think. The statement is as right as it is wrong.

Let me confirm your preexisting prejudice by saying that yes, universally, men are dicks. Maybe that has something to do with them actually being attached to one, but I personally believe it has less to do with gender and more to do with being human. We are all flawed. Yes, even Justin Timberlake, although admittedly I have no empirical evidence. Maybe he has a thick mat of back hair. Regardless, the thing is, we're all a little bit freaky looking. We're all a little bit (or a lot) fucked up by our parents, and we're all a little beaten down and twisted by life in general.

Now admittedly, some of us are douche bags 24/7 – Donald Trump comes to mind – but most of us are just working on a percentage. And I believe in my heart of hearts, that for most normal people the non-douche bag percentage is way higher. So, good news! There are a lot (potentially billions) of basically decent men out there. We could probably whittle that number down significantly with a bunch of statistical analysis, but I am not here to foster pessimism. That would be douchey.

So, here is my advice: Stop thinking in terms like "dating scene" and "eligible men" and start thinking in terms like "things I like to do" and "people I like to hang out with." The world is full of smart, interesting, fun people, and it's just ridiculous to segregate them on the basis of whether or not you'd fuck them. Go do the things you like to do and try to hang out with the people you like to hang out with – as many of them as possible. If you have a limited social group, un-limit it. Be fearless and unapologetic with your friendship. Be genuinely interested in other people and passionately engaged with your own interests. Trust me, no one ever died from having too many friends. The more friends you have, the more potential lovers. It is really that simple. 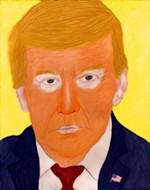 The Luv Doc: A Nonconsensual Polyamorous Relationship
Why does Donald Trump never spray-tan his eye sockets? 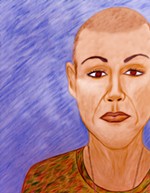