The end (of SX) is nigh, but she won't go down without a fight. 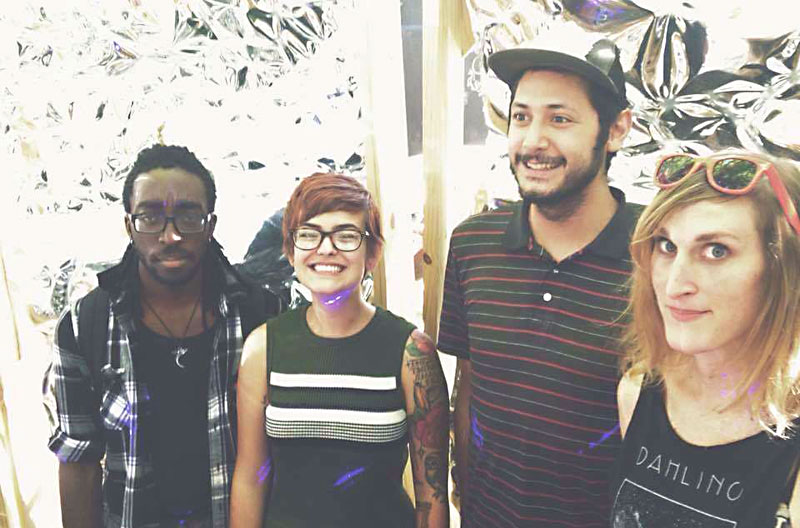 The end (of SX) is nigh, but she won't go down without a fight. There's another 96 hours of nonstop queer shows, queer bands, and queer queers. It's exhilarating. It's exhausting. And it's about to get kweerer for each and every LGBTQer. Raunchy "Bear" Big Dipper will make several appearances, sissy bounce star Katey Red is shakin' it twice, and if ya like punk rawk check We Exist (see Saturday). A punk showcase for the queers, trans, femmes, and POC punx. And PSA: Lesbian Wedding marks the end with an homage to GayBiGayGay.

SXSW She Shreds x Punctum Records SXSW She shreds seashells on the seashore. Except these grrrls are shredding on guitars, not seascapes. See Facebook for daily lineups. Sponsored by Adelbert's Brewery. Thu.-Sat., March 17-19. Studium, 2108 Rosewood Ave.

Field Daze: Unofficial SXSW Showcase Drop it down and wrap it up. SX that is. This event is great bands, chill mood, reclining in a field kinda day. See Facebook for the lineup. Due to free Austin Beerworks, it's 21 and up. Sat., March 19, 11am. 1138 Gunter. Free. www.fb.com/commonvelvet.

We Exist! Ft. The Noids, Amygdala, Mean Girls, Body Pressure + More Who exists? People of color, femmes, queers & trans folks, and they make the punk scene that much radder. ATX's very own Mean Girls and Body Pressure play with Denton's the Noids and San Antonio's Amygdala. 21 and up punx only tho. Sat., March 19, noon-7pm. Beerland, 711 Red River, 512/479-7625. Free.

Lesbian Wedding SXSW Edition Instead of mourning the death of GayBiGayGay, Hazey and Beth invite you to say "I do" to Lesbian Wedding. Performers TBA, but this party is always 100%. Check Facebook for lineup. Sun., March 20, 2pm. The Sahara Lounge, 1413 Webberville Rd., 512/927-0700. Free.