Ain't no party like a SX party cuz this SX party don't stop. 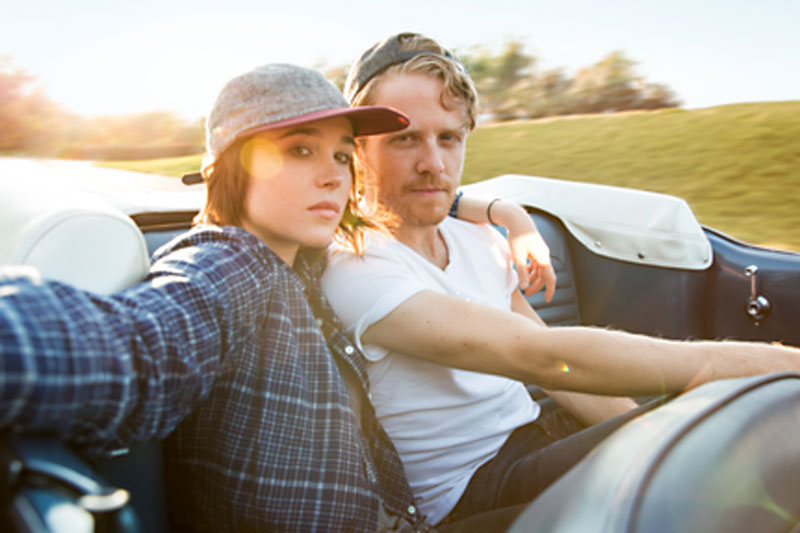 Ain't no party like a SX party cuz this SX party don't stop. Better make that your motto because SXSW is here, and so very queer. We're talking gayer than rainbow-colored unicorns rolling in a field of glitter. From the magically absurd number of unofficial parties (just see below and online) to the official events like Ellen Page and Ian Daniel's (Gaycation) keynote and dapperQ's panel on Queering Fashion, this epic Fest is getting a lot more colorful. And remember: Sleep is for the weak.

Pulp Friction: Unofficial SXSW Edition DJs Daddie Dearest and Jessica Rabbet join magical Nineties forces with Zane Zena, Louisanna Purchase, and Franzia Blackout to turn back the clock to 1995. Channel those My So Called Life and 90210 (the Brenda) years and get ready to smell the Teen Spirit on the dance floor. Fri., March 11, 10pm. Elysium, 705 Red River, 512/478-8385. $3 in Nineties garb, $5 otherwise.

Girls With Flair! Production presents God Made Man Wrap Party That's a wrap! God Made Man's creators, Kayla Olson and Nate Locklear, plus the cast and crew of the upcoming film, get down and dirty in celebration of the movie's wrap. Catch the trailer and dance some dance. Sat., March 12, 2-5pm. The Nook, 309 E. Sixth, 512/709-1551. Free w/ RSVP. www.fb.com/godmademanfilm.

Stargayzer Presents: Willam from RuPaul's Drag Race Drag Race's lovely Willam brings her dash of drag to Stargayzer and SXSW for a dragtastic good time. Big Dipper DJs, with additional performances by TT the Artist, Will Sheridan, Abdu Ali, Louisianna Purchase, and more! Sabel Scities is yer hostess with the mostest, but ya gotta be 18 or older to ride. Wed., March 16, 7pm. Rain on 4th, 217 W. Fourth. Free for 21+. www.stargayzerfest.com.

Y'all or Nothing presented by Stargayzer x Young Creature x Mouthfeel Get sExcited for the return of Y'all or Nothing! Big Dipper, F Virtue, Witch Hazel, Fee Lion, and Cap'n Tits are queering SXSW to the Nth degree. Thu., March 17, 8pm. Rain on 4th, 217 W. Fourth. Free for 21+. www.stargayzerfest.com.

SXSW She Shreds x Punctum Records SXSW She shreds seashells on the seashore. Except these grrrls are shredding on guitars, not seascapes. See Facebook for daily lineups. Sponsored by Adelbert's Brewery. Thu.-Sat., March 17-19. Studium, 2108 Rosewood.