ALL IN A ROW

Oh, them Pretty Witches shall take over the Eastside at the behest of party-starter and all-around costumatrix bad-ass Corinne Loperfido, whose city-bouncing dirty circuit parties are the stuff of legend, super-secret invites, and hush-hush details. This week's party, however, is a bit of a deviation – a less deviant deviation as it were, featuring a no-alcohol atmosphere and safe space for ladies-only (female identified, all across the spectrum) to dance, prance, and wag those pants (see Saturday).

PRIDE RADIO 97.5FM When one door closes ... another gay media outlet opens! The second-ever FM radio station in the nation with programming devoted to LGBTA kicked off in the Austin market. So far, it sounds like your typical weekend on Fourth Street, but who doesn't need a li'l oonce-oonce in their roots-roots radio wasteland? www.975prideaustin.com.

Back To PrEP School It's a fetish party merging the concepts of "prep": Prep school (think private school uniforms and high school jock wear) and Pre-Exposure Prophylaxis all to raise awareness and have some fun. The Weird City Sisters will be on hand ... likely to smack yours with a ruler. Fri., Jan. 15, 11pm. Highland Lounge, 404 Colorado. Free. weirdcitysisters@gmail.com.

THE GLAMOUR & THE SQUALOR KUTX and aGLIFF team up to present this screening of the story of Marco Collins, one of America's last great rock radio deejays. Wed., Jan. 20, 7pm. Alamo Drafthouse South Lamar, 1120 S. Lamar. $10.

CLUB KIDS DANCE PARTY 2 Finally! Kids of all ages and parents welcome to this time and space for young Q&Qs/gender nonconformists, allies, etc., to shake it on down. Exerguru Erica Nix and DJ GirlFriend make a safe social space for young ones happen. Thu., Jan. 21, 4pm. Transform, 1909 Wheless, 512/923-5859. $10. www.fb.com/transformfitnessaustin.

KATE X'S TIRED/RETIREMENT PARTY Let's party like it's 1994, and churn through 21 years of accomplishments, black & white and read all over, hoist a glass, and offer a clink. DJs Fine & Dandy w/ Kate & Andy will spin into oblivion. Likely sometime before the end of February (TBA). Likely an Eastside venue (TBA). Free. www.fb.com/dandyunicorn, www.fb.com/djsfinedandywithkateandy. 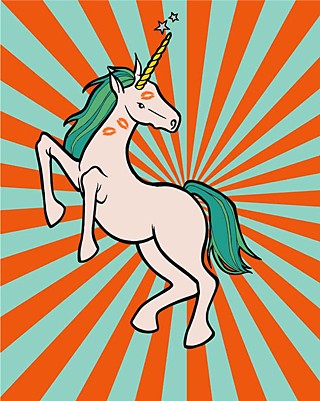 Dandy rides off into the sunset. (Illustration by Lindsey Taylor)

I'M NOT GONNA MISS YOU

Glen Campbell is in the grips of Alzheimer's. David Bowie is dead. And it's time for me to go.

This is the last Gay Place column.

First things first. There are people to recognize and appreciate:

Thanks go to Diana Welch, Kate ("Gay Paul," "Kathy," "Stuart") Getty, and Ash Bell, this print column's three co-columnists (in that order), at different times between 2004 and 2009. The blog, of course, was a different story. Many more folks through the years, the ones who love you Austin gays so damn much they were OK with writing sans pay. If I begin to name them here, I will surely leave some out, so I won't. But – what the hell – I wish to mention two:

Andy Campbell and Sarah Marloff. (Hey, darlings, is it OK if I just leave it at that? After all, it's not like I won't see you ... tomorrow.) But truly, I thank all the sweet bloggers, and I know our readers do, too.

In a larger sense, of course, are the thanks for allowing us to create and then maintain the alternative newsweekly universe's first and only LGBTQ events column and to have a weekly quixotic forum in which to feebly attempt to bridge those chasmic gaps that sometimes plague the letters of the community. Those thanks, of course, go to Nick Barbaro and Louis Black, and more specifically to Margaret Moser, Cindy Widner, Robert Faires, S. Emerson Moffat, Carolyn Phillips, and Marge Baumgarten, for their respective stripes of encouragement, love, understanding, and guidance.

Of course, a most delicate slice of gratitude goes to Billy Lee Brammer (and his lovely heirs who deigned not to sue me) for the celestial turning-of-the-blind-eye when we decided to use the name of that book (which, btw, has nothing to do with what we today call "gay").

And the most salient thanks, dear reader, to you.

So yah, it's not just "The Gay Place" that is going away. It's me. I, too, am flying the coo-coo coop. After 21 years of this journalism place (She edited 20 "Best of Austin"s?! WHAT??! And ushered HOW MANY interns through her program?!), I've realized there is somewhere else to be, and for me it is the horizon: school, travel, question marks, and time to finally address issues with my house and health (no immediate drama on either front, thankfully); some serious me-time. There's also the issue of being in a committed relationship and the glorious havoc that wreaks on a 60/70/80+ hour-a-week job. Thank you, mi familia: Wendy Joy, la Chica de Hoy and my son, MC3 and his dang sweetheart Lynna. Time's a-wastin', luvvies! Let's spend more of it together.

I'm no fan of social nostalgia (and the cud-chewing nature of social media), so as shocked as I am by David Bowie's passing and Jerry Hall's engagement to Rupert Murdoch, I prefer to not dwell. Why rehash, retread, when there's surely more practical use for all that belly-button lint (fire-starter, for one)? Let us not belabor what is definitely not a goodbye. I'll likely freelance at this very paper (if they'll have me), and will definitely have more time and inclination to be social (without being social for work purposes, imagine that!).

And what about Glen Campbell? Well, there is a doc floating around the magical television machine called I'll Be Me that chronicles his last tour. It's poignant – and well, no need for spoilers, except to say, the ol' guy is losing his marbles the way some beloveds so close to me did before they passed. His last recorded song strikes a chord and sums up so much for me.

As I'm neither dead nor have been diagnosed as terminal, I offer only the first two stanzas:

I don't play guitar or sing my songs

They never defined who I am

The man that loves you 'til the end

You're the last person I will love

You're the last face I will recall

And best of all, I'm not gonna miss you

Not gonna miss you" 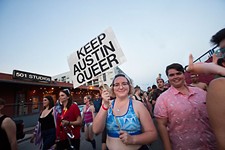