It was the year that was.

It was the year that was – the year identity politics, questions, courage, and reality took center stage. LGBTQ folks have been fussing in the margins, messing with definitions and working up allll the gumptions to live authentically all our dang lives. This year, so many stories seeped into the mainstream.

1) AUSTIN HRC MEI = 100 Our town gets the highest score possible (again!) in the Human Rights Campaign's Municipal Equality Index. No wonder everyone wants to live here.

2) AGLCC Our Austin Gay & Lesbian Chamber of Commerce is (somewhat) all growed-up. First indication is in paying its first full-time staff member. The best news? It's none other than Ceci Gratias, loyal, longtime AGLCCer and activist who knows her way around City Hall and just about every nonprofit in ATex, has years of experience in the commercial sector, and is a wise and reassuring ray of light, always.

Biz Vicious (above) and Emily Herring

3) POWER COUPLES RECOGNIZED BY LAW & DARLING DANA You know 'em (their mugs were pasted all over the news in June): Sanaz Faili/Marti Bier, Rev. Fr. Jayme Mathias/Anthony Tang, Sarah Goodfriend/Suzanne Bryant ... We'll just stop here, because we just don't want to miss anyone. Consider yourselves all gladiators, representing locals and love as a national fight comes to its long end. This paper celebrated with a lovely cover.

And special mention must be made of Travis County Clerk Dana DeBeauvoir, who made it her business to be ready for the incoming marriage certificate traffic. Special love goes out to her staff, steadfast at their posts, open late to accommodate the giddy throng wishing to declare love, officially.

4) BIZ VICIOUS & EMILY HERRING One's a trans-rap maestro, another is a dusty Texas song lark. Both rep in ways cultural, gender skew, and bottom-line ARTful. We'd travel to Houston, to Luckenbach ... hell, to Hellenbach, to see them on a surreal double-bill. Just sayin'.

5) FAB FESTS Last February, OUTsider stepped into the world of Austin's robust festival culture and (inter)national LGBTQ gatherings, knocking folks out with their gay wax museum and confoundingly enthralling performance art. Deeper into the 2015 calendar, the queens and kings at the first-ever Austin International Drag Festival were doing some death drops of their own. And 2016 only brings more of both. How lucky are we? Luckier than a drag queen's teat. 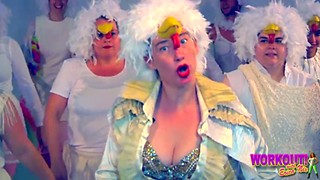 +) BONUS LOCAL GAY TO WATCH IN 2016: TRANSFORM FITNESS Not just the sweaty outpost for local Richard Simmons acolyte Erica Nix, but a community center in so many ways – a place for body-positive transformations. Oh. Yes.

1) IT IS SO ORDERED Pay no nevermind to the self-righteous pearl-clutchers in the cheap seats, brothers and sisters and fisters and misters, Marriage Equality is the law of the land. Life, liberty, and the pursuit of happiness now comes in many more sizes, shapes, styles, colors, and flavors, thanks to a U.S. Supreme Court decision that rocked our summer. 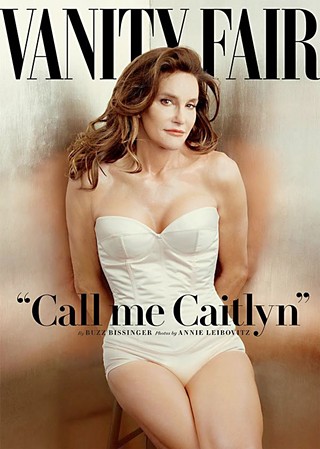 2) KEEPING UP WITH THE T-DASHIANS In the outing heard 'round the world, Caitlyn Jenner runs a decathlon of trans visibility, stumbles (a little), pisses off folks with her politics (a lot), but does a lot for putting trans-reality front-and-center in the mainstream, if mostly on tabloid TV and supermarket mag racks all over creation. That Annie Leibovitz, tho...

4) TANGERINE (D: Sean Baker) Smart, precocious, and by turns funny and tragic, this film sets a standard for complex character-building in trans representation.

5) QEDM The queer and POC tidal wave of conceptual, concerted, and exuberant (but not cheesy) efflorescence of electronic music – fertile and radical territory: Arca, Total Freedom, Juliana Huxtable, Elysia Crampton – the soundtrack of our lives. 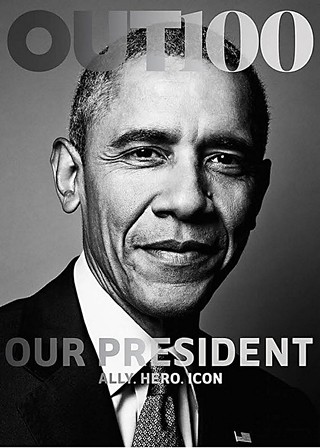 +) BONUS NATIONAL GAY, NOT LAME DUCK: PRESIDENT BARACK OBAMA First sitting president to sit for a gay mag's cover seems a bit of a triflin' distinction when you consider how many LGBTQ home runs this dude has scored (directly or influentially) with so many "out"s and prouds. He's come a long way, baby, and brought us all up higher and higher in the process.

LAST CHANCE!!! OPERATION: SOCK DONATION Word warrior Ebony Stewart is collecting socks for the homeless! Go buy a coupla size 6-12 packs or find your most gently used (and wash them). Go to her FB and check out the event page for sock donations and sock it up. Drop off at BookWoman anytime between now and New Year's Eve. Deadline: Thu., Dec. 31. BookWoman, 5501 N. Lamar Ste. 105-A, 512/472-2785. www.fb.com/ebony.stewart.7.

HAPPY HOUR WITH MS. WRIGHT Start the year off right with the legendary Ms. Wright on the black & whites. Thursdays and Fridays, 6-8pm. The Skylark Lounge, 2039 Airport. Free. www.fb.com/theskylarklounge.

FREE WEEK: NINA DIAZ Everybody's favorite girl out of a coma will be joined by Pop Pistol and Everything Fades. Sat., Jan. 2, 8pm. The Belmont, 305 W. Sixth. Free. www.fb.com/ninadiazmusic.

A MIDWINTER NIGHT'S DREAM It's back! Austin's magical 12th Night celebration is back to light the night. Do you have your krewe together? Austin kicks off the Mardi Gras season with this wondrous procession (from Coco Coquette), coronation (vote online for a king and queen now!), and afterparty/ball (this year, at a new, lovely East Austin location to be revealed soon). Tue., Jan. 5, 8pm. Parade launch: Coco Coquette, 2109 E. Cesar Chavez; Ball location details coming soon. Parade: free; Ball: $15-40. www.12thnightaustin.com, www.fb.com/12thnightaustin.

THROUGH THE DOOR OF LIFE "A Jewish Journey Between Genders" is the subhead/kicker to this author visit, exploration, and booksigning, moderated by Rabbi Amy Cohen. Thu., Jan. 7, 7pm. Dell Jewish Community Center, 7300 Hart. $10 suggested donation for JCC LGBTQ programs.

THIN WHITE DUKE'S B-DAY David Bowie's birthday should be a queer national holiday. Both Poo Poo Platter and DJ Sue Purr are doing it up at different venues. Fri., Jan. 8. Details next week.

PRETTY WITCHES Join Corinne, the mastermind behind Big Dick's House of Big Boobs and DJ Boyfriends for this healthy, safe, positive ladies-only, no-alcohol dance party. Dress to dance like you're in the club, not the yoga-pants party. Sat., Jan. 16, 8pm. Indra's Awarehouse, 7904 FM 969, 512/200-2781. $10 pre-sale only. www.prettywitchesatx1.bpt.me.