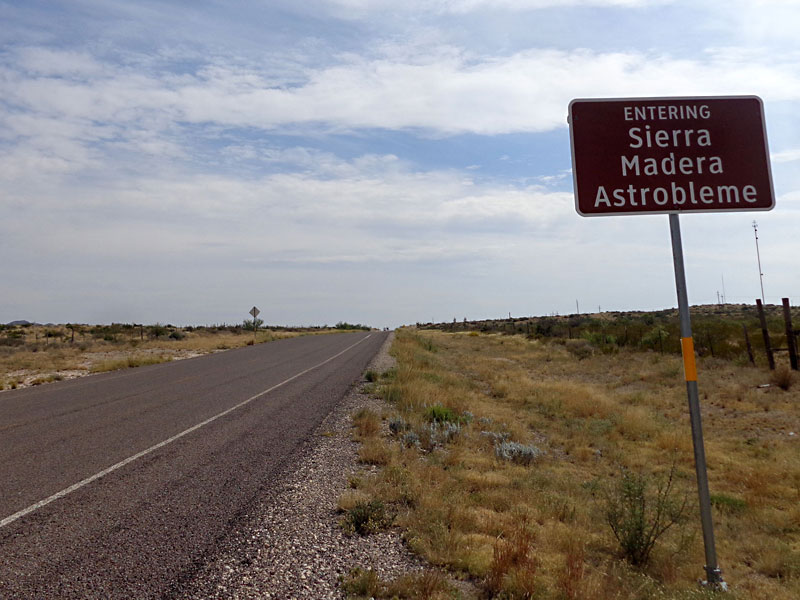 The Sierra Madera Astrobleme on U.S. 385 between Fort Stockton and Marathon wouldn't register on most people's radars if the highway signs didn't point out that they were entering or exiting the astrobleme.

It turns out that an astrobleme is exactly what its name implies. It's a blemish on the Earth's surface caused by an asteroid; actually, a meteorite. The impact of an extraterrestrial rock created a circular crater that the highway runs through. It's kind of like bouncing a basketball on a driveway covered in foam. 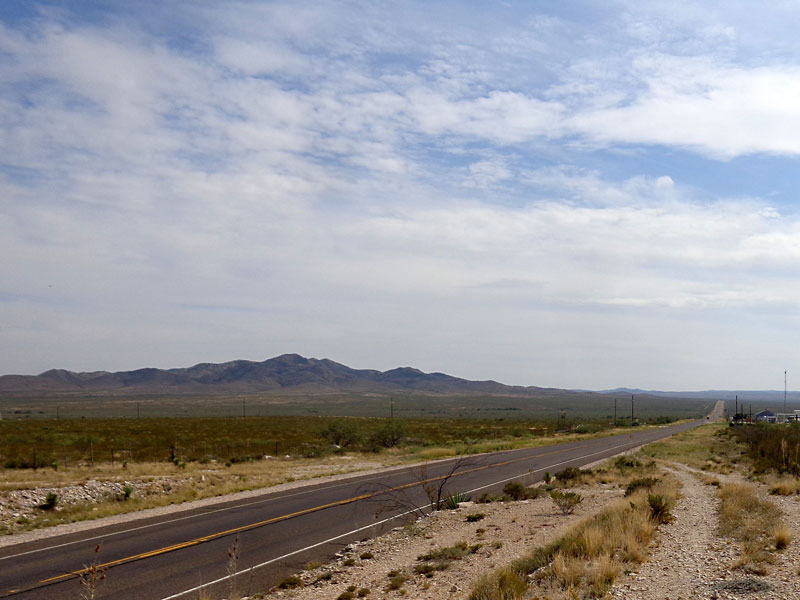 The peak off in the distance to the east of the highway is the center of the impact zone. The soft rock crust was lifted as much as 4,000 feet. The crater is about 7.5 miles in diameter and 793 feet deep. Imagine the projectile that made that indention.

From the air you can really see the impact zone, even though it's been filled by 100 million years of erosion and dust storms. From the ground, the northern lip offers a sense of the depression. 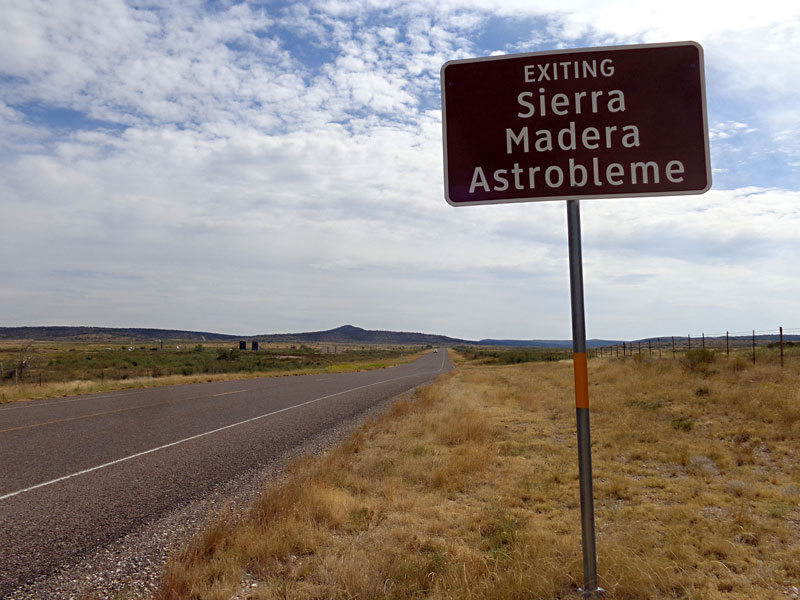 Fortunately, there have been a lot of smart people from Odessa's UT-Permian Basin studying meteorite impacts in Texas. Their explanation of the Sierra Madera Astrobleme can be found at www.utpb.edu/ceed/geology-resources/west-texas-geology/sierra-madera-astrobleme.