In the end the mortality rate of bearded vs. non-bearded people is exactly the same 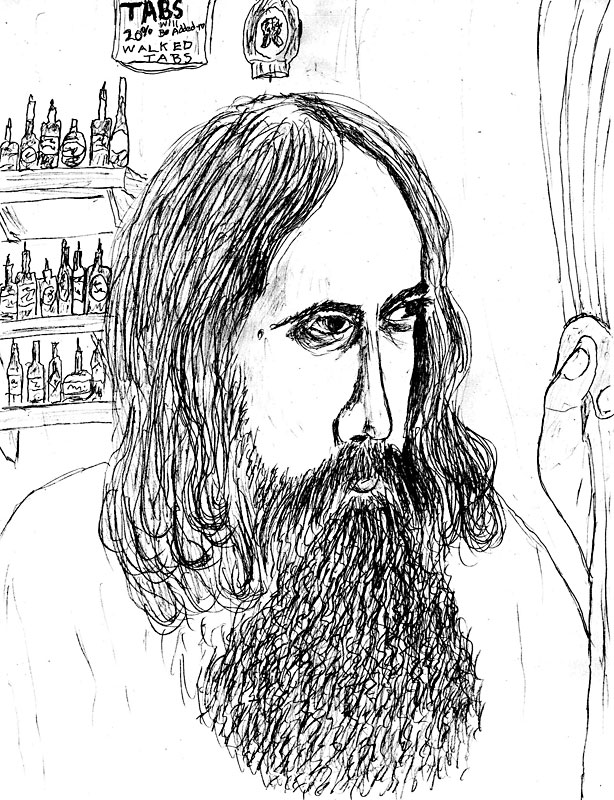 No, Mortimer. Facial hair will absolutely ruin your life. Let's look at some examples: Abraham Lincoln – shot in the back of the head. Jesus Christ – tortured and crucified. Guy Fieri – has to be Guy Fieri for the rest of his life. I think we can all agree on which one of those three has it the worst. Crucifixion seems like an easy punishment compared to whatever the fuck is going on with Guy Fieri's hair. It's like if Flea from the Red Hot Chili Peppers starred in a bukkake film. Positive proof that the Almighty has a huge hard-on for obnoxious dudes with goatees. You know you're on the big man's shitlist when He can't even wait for hell to punish you.

From the pictures I have seen – which are mostly from the Italian renaissance – God is rocking a pretty sweet Iron & Wine-style dust mop that you could totally imagine on a bartender at Mohawk. I can understand how a meticulously groomed goatee might raise His heavenly hackles. Jesus' beard looked like an A.J. Soprano chinstrap by comparison. Kids, whattaya gonna do? I mean besides nailing them to a cross? Bada bing. It's safe to say that back in 33 BC, God was still having some Old Testament anger management issues.

I know you're probably sitting there thinking, "Wait a minute ... bad shit happens to people without facial hair, too." You're right, and with alarming frequency. In fact, my guess is that if you run the numbers, in the end the mortality rate of bearded vs. non-bearded people is exactly the same. We're all worm food in the end. It does make you wonder though if worms get upset when they find hair in their food.

Alexander the Great made his soldiers shave their beards so that their enemies couldn't grab them in close combat. Modern armies make soldiers shave so they can get a tight seal on their gas masks. It would seem that throughout history hairless men are harder to kill. Mike Tyson and George Foreman make pretty strong arguments for the invincibility of the hairless man in close combat. There aren't a lot of MMA fighters working the Sasquatch look.

Happily, Mortimer, you probably don't engage in a lot of close combat on a day-to-day basis, so my guess is that for you, like most men, facial hair is more a matter of fashion than survival. I think it's safe to say that never has facial hair been as popular as it is right now – not only in the month of Movember (who doesn't want to beat ball cancer?) – but really in the last 100 years. So, if you're on the fence about facial hair, this is the perfect time to experiment and see how badly it will ruin your life.