How to politely ask without being crude 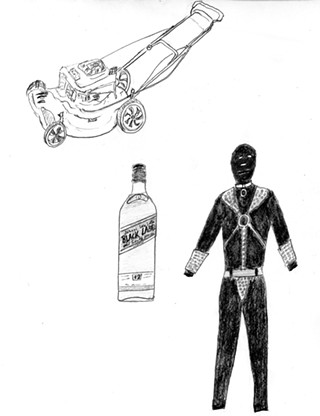 Ed. Note: This week the “Luv Doc Question Box” in the Chronicle lobby contained a condom and a packet of Hellmann’s Real Mayonnaise®, both of which were mercifully unopened. It also contained the following question:

Dear Luv Doc,
I have dated a girl for over six months and haven’t received one blow job. Not. One. BJ. How do I politely ask without being crude? Sincerely,
Big Jimmy

Where to begin, Big Jimmy, where to begin? Tell you what: I am just going to assume you have gone down on her several hundred times in the last six months – so many times and with such enthusiasm and endurance that you can actually do pushups with your tongue … and flutter it with the speed and agility of hummingbird wings. Good on you bro. You’re putting in the work.

Frankly, with all that time you’re spending down there, I’m amazed she hasn’t guessed you’re into oral. My bet is that she’s been distracted by the orgasmic delirium brought on by your incessant ministrations. I mean, how is she supposed to think straight when you’re down in the delta all the time light-bagging her fun button with the high-pitched fury of an Evinrude outboard stuck in a mud bank?

Three words: Back. Off. Dude. Give her some time to think. She might come to realize that sex involves a lot more than having a 195-pound male pilot fish suction-cupped to her vagina all the time (OK, 185. Don’t get hung up on the weight.) Who knows? If you give her a few peaceful moments she might even notice that you have a sex organ, too, and it’s hanging right off your body. How convenient!

If you’re really lucky, she might show her gratitude by doing something nice for you – like getting you a new lawnmower or a bottle of Scotch or a gimp suit or whatever it was you were yammering about before I forgot your question. Oh yeah – a blow job. Good luck with that. Penises are pretty disgusting – and I’m not just talking about the uncircumcised ones.

You have to do some pretty miraculous shit for someone to make them want to spend even three minutes in close proximity to a penis, but if I know you Big Jimmy, you’ve made her life so wonderful she’s shitting rainbows and unicorns. She probably has a magnificent BJ planned for you right after you finish reading this, but if not, here’s my suggestion on how to ask without being crude: “My dearest _____, would you be so kind as to fellate me to completion?” That fulfillment clause might have been an overstretch, but I’m sure you’re worth it. You don’t seem like the kind of guy who would play his cards without a really strong hand.