Man up and take off your pants

Just as I was musing that men's fashions never seem to reveal much skin, men's short-suits finally arrived.

My dude-friends on Facebook abhor the look, almost to a man. Several called it impractical, pointing out that if it's hot enough to wear shorts, it's too hot for a jacket and tie; others dubbed it just plain "silly," including my husband, who opined that if you're going to evoke Angus Young, you'd better be onstage playing a virtuosic guitar riff in front of a screaming audience.

Far be it from me to womansplain men's fashion, but let's take the practicality bullet-point first. Fashion is about aesthetics; and, following Kant, aesthetics are in excess of the useful. Fashions may occasionally be practical, but if they are, it's more or less by accident. If a garment is comfortable and stylish, it's not the comfort itself, but the aesthetics of comfort, that make it stylish. This is why, when designer sweatshirts and ripped "boyfriend" jeans first came in style for women, they were often paired with spike heels, an annoying but effective bit of visual rhetoric emphasizing the clothes' stylishness over their comfort.

Casual wear for men often fetishizes practicality as rugged outdoorsiness. But the nostalgic leather-and-denim look peddled so gorgeously by local artisan brands like Paleo Denim isn't practical for Austinites in July, unless they're a) working on a ranch, or b) summering in Seattle. Men's formalwear is even less practical. I have been to some steamy summer weddings in Austin, and if practicality had been the dress code, the men would have been wearing half-thongs. They weren't.

If it's not our sense of practicality that's being offended, perhaps it's the way the cropped leg, juxtaposed with the long-sleeved jacket and tie, flaunts its impracticality that offends our untrained eyes. Perhaps, more than just a shapely calf, the short-suit exposes what is already excessive in men's fashion, with something like a sartorial wink. "We both know I have to wear this suit even in summer, for no reason at all except tradition," the short-suit says. "Let's see what I can get away with under the table."

This coyness is deeply upsetting to some, titillating to others. One very well-dressed male friend scoffed, "I think you'd have to be spanked if you went out in public wearing something like that." (Paging Foucault!) A female friend agreed, not disapprovingly. She dubbed the look "British schoolboy."

The worry about infantilization is probably what generates the most discomfort. Meanwhile, you can't throw an Anthro­pol­ogie catalog without hitting a grown woman in a romper, because fantasies of youth and innocence are an accepted part of women's attractiveness in our culture. In fact, infantilization has been a staple of women's fashion for so long that we've developed interesting, diverse, and sophisticated ways of exploiting and ironizing babyish looks, from kawaii to kinderwhore, Katy Perry to Courtney Love. Some of the most stylish and badass women I know rock the ruffly, fluffy, dolly look.

By contrast, American men's fashion remains obsessed with the tough, stern, conservative, and fatherly. That's a sexy look, but a look is all it is. Don Draper is hot, but unless I'm misreading the entire show, his masculine image is 100% pure fabrication. That's why he clings to those fedoras when his fellow creatives have chucked theirs. Doff that topper, and poof! – he's a chubby, vulnerable little boy in a whorehouse again. (And we've all had enough of those flashbacks for one lifetime.)

But shouldn't our menfolk be a little sturdier in their masculinity? Shouldn't they be perfectly capable of lopping off their trouser bottoms without losing their manhood in the bargain?

No pressure, dudes. But for summer, why not toss those baggy cargo shorts you've been wearing since 1998 and explore your masculinity in a different way? You could start with local designer Ross Bennett's Hamptons floral pants, which he paired on the runway this spring with a striped T and brown-and-cream oxfords. Dries Van Noten has a more subdued option in cuffed black twill, embellished with a single flower. And why not try a short-suit in seersucker, chambray, or any other casual-crisp summer fabric? A bespoke short-suit from local gentleman's store Dandy's will run you just a bit more than you'd pay off the rack at J. Crew, and will liven up a Zilker wedding. For which your female companions will thank, if not spank, you.

Check out more short-suits in our online photo gallery at austinchronicle.com/photos. 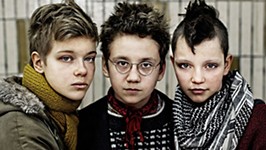 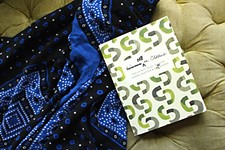