Letters at 3AM: To Sit on a Park Bench 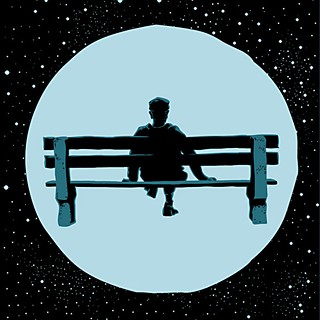 Every generation is like a ship casting off under sealed orders, on a mission fraught with dangers, and only the captain knows the truth: There will be no survivors.

That's the thing about getting old: One day you look around at your contemporaries and it dawns on you that there will be no survivors. One by one, you're all going down.

Why the only certainty in the world comes as sort of a surprise is a mystery beyond my powers to penetrate.

("I never expected to be this age," I said to Carlene.

Some take comfort in their kids and grandkids, and that's lovely, but the same goes for offspring, no matter what their circumstances: no survivors.

It's a very democratic arrangement: Everybody dies.

What's lousy about dying of old age is that you've got to grow old, which is a little bit of dying every day.

Anthony Powell said it: "Growing old is like being increasingly penalized for a crime you haven't committed."

In a society that tends to disregard and/or discard the old, you may wonder what you're still here for – especially when something always hurts, mental and physical agility decrease by the year (so do your looks), and people you care about – people who care about you – die and die and die.

Oh, boohoo, boohoo, boohoo. If those questions are coated with self-pity, to hell with it. It's bad enough to be decrepit, but being decrepit and feeling sorry for oneself on top of it? That's too messy a heap to deal with.

However, when those questions are asked in a spirit of practicality, they become immediate and important. As in:

Mayer Vishner took his cat to Texas last August and brought those questions with him. He and his documentarian, Justin Schein, came on a Monday, gave me Mayer's cat, and flew back to New York on Wednesday. Around 3am Thursday, Mayer ended his life.

But Tuesday ... Tuesday was quite a day. Justin piled himself and his gear into my old Chevy's back-seat. Mayer rode shotgun. We drove on and on, over terrain as horizontal as Manhattan is vertical: the High Plains. I pulled off on a dirt road – horizon to horizon of cultivated fields, prairie grass, dozens of oil wells, and an old-timey windmill.

I believed my friend Mayer would do what he said he'd do, so I felt I was talking to a dead man. That was hard to get used to.

I said something like, "Look, I understand what you're doing, and I even sort of bless it, it's your right, but I fucking hate it."

To New Yorkers of our generation, "do-over" has a special ring: You're playing stoop-ball and a passing pedestrian makes you miss your catch through no fault of your own – so you call out "Do-over!" That play doesn't count. You get to do it over.

"It's too late for do-overs," Mayer repeated. And repeated again.

Anyway, he was 64, and alone, alcoholic, nutty, ill, and all but disabled; also brilliant, accomplished (back in the day), incredibly funny (even at his most depressed), and a pain in the ass. Don't argue with him, because Mayer could talk rings around anyone except our esteemed and late colleague, Bob LaBrasca. (Like I said: People you love die and die and die.)

So Mayer, in constant existential and physical pain, asked, "Who do I owe it to to go on suffering? And what use am I? What good can I do now? I can't do a damn thing, I can't concentrate, even. I'm useless."

It sounds self-pitying but, as far as it went, it was factual.

I took a deep breath, and said something – because I had to, though I knew Mayer wouldn't agree or care. It went like this:

"There's a way of thought – a construct – a way of life – that would say: If you walked the few blocks from your apartment to Washington Square Park and you sat on a park bench for a while – and looked upon your fellow sharers of the day, especially the young – looked upon them with generosity, with benevolence, beholding their beauty, wishing them well, yes, especially the young – there is a way of thought that says you'd be doing something – doing something concrete and useful – giving energy and a kind of power to those around you and to the day itself. Jaz calls it 'the power of beholding.'"

Mayer didn't blast my speech with sarcasm or scorn – which, in itself, was, for Mayer, unusually polite. But he looked at me emptily. Let me have my say and that was that.

I said it because I used to think that the end of my ability to write would be the end of my life. If age dried up my capacities, why outlive my purpose? Then slowly I came to believe something that I wrote in a long-ago column when I was "only" 55, which tonight I reconstruct like this:

Beauty cannot exist on its own. Beauty cannot do its work unless we meet it and absorb it and carry it. Take responsibility for it. Make it our responsibility, individually, our very own. When we perceive and value beauty, we make beauty stronger, we become a node of the network through which beauty fulfills its function, and that function is to hallow and transmute everyday experience so as to redeem ourselves from the catastrophe we call "history."

You needn't be mystic to see the obvious fact that every human being radiates being. Or the lack of it.

So you're old and maybe there's nothing left but to go sit on a park bench. Doing nothing special. Observing. Beholding. Hey: Looking at children matters, if there is a blessing in your heart, in your look. Sounds corny, but it's real life. Beholding what's around you matters, if you behold with your whole heart. Walt Whitman and Emily Dickinson knew this; they were great teachers and celebrants of what it means to behold, anywhere, anytime, in a backyard, on a ferry, even in the dark.

Some time before he died, Mayer became a ghost. A being that was and was not there. Not there enough. That's what he died of.

I shall always thank him for making clear to me the great choices of aging:

Shall we become as ghosts or shall we be like the angels in Wings of Desire, beholding without judgment and offering the energy of our wonder at the immediate beauty of the everyday? The beauty that doesn't require achievement and that you don't have to deserve.

Even a little is a lot to the starved. I promise, so many who pass your park bench, no matter how fat they seem, are in truth curled up clutching themselves and howling with starvation.

John Donne: "I am involved in mankind." That's what a park bench is all about. It's not my parade but it's still a parade.

I suppose the park bench is not for people who get bored. (A hypothesis: People who get bored are afraid of their own minds.) But for those who don't, the park bench is a fine and honorable place to end up. Useful, too. I look forward to it. Now and again, someone young or old, fat or skinny, turned-out or turned-down, will look back at me and their eyes will brighten as though to say, "Oh, I get it! This is the only day in the world. Every day is the only day in the world."

Maybe you on your park bench, me on mine – perhaps, coming or going, we'll nod to one another, with a little glint, because we share that secret. 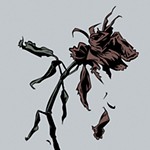 Letters at 3AM: The Sadness That Stays
When the world inside you is no longer the world around you, that's called aging