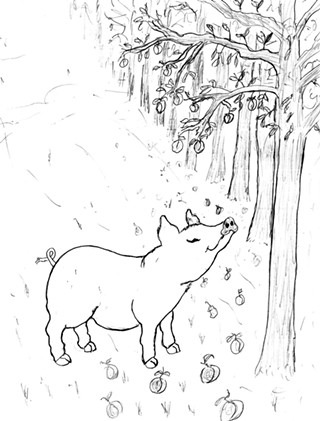 Luv Doc,
I have a male friend who is always making jokes about people he doesn’t know when we’re together. He makes snarky comments about people’s hair, or tattoos, or clothes, or the type of car they drive, or the way they behave. I told him it is bullying behavior. He disagrees. He says he isn’t hurting anyone because he doesn’t know the people he’s making fun of and they don’t know he’s making fun of them. I still say it’s bullying. What do you think?
- Defender of Innocents

Dear Defender, the staff at the Chronicle have been saying incredibly mean shit about you for the last 10 years and even after all that time, we’re still red-faced with laughter. You’re the gift that keeps on giving. Your goofy, misplaced moral superiority and atrocious fashion sense (THANK YOU, Facebook) keep us constantly in stitches. Without your blundering hijinks, the Chronicle world would be a much darker place for sure. Hold on, let me catch my breath here. I’m still hyperventilating from your imbecility.

OK then, let’s get to your question: Is making fun of complete strangers without their knowledge bullying? This is one of those Matrix questions. If Neo never unplugs from the Matrix, no harm, no foul. He goes on with his blissful life, perhaps occasionally experiencing a fleeting feeling that something isn’t quite right, but by and large happy as a pig in a peach orchard – albeit a peach orchard controlled by soulless robots. The point is, as long as Neo doesn’t know he’s just a fleshy blob being mined for bio-electricity, it doesn’t matter that he’s being used by robots – at least not to him. Making fun of a total stranger is similarly harmless until said stranger is made aware that he/she is being ridiculed.

Now, on the issue of ridicule in general I can only say this: Ridicule always says more about the ridiculer than the ridiculee. Trust me. I have a lot of experience with this. The bottom line is that the only person you should feel completely safe about ridiculing is yourself. With everyone else, you don’t know the whole story and you may be/probably are wrong. That said, humans, by their nature, are programmed to make value judgments about everything. It’s the cornerstone of cognition. Pleasure: good. Pain: bad. From there it evolves into a nearly infinite number of nuances and permutations. As the old saying goes: “Judge not, lest ye be judged.” Well, spoiler alert: You’re going to be judged regardless. Tell your friend he might be happier if he exercises his compassion rather than his condemnation; just know that he might laugh in your face. He’s only human. 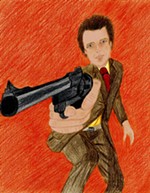