The Good Eye: Service With a Style

Tip your server well – and nab some fashion tips in return

Among the most tragic consequences of the recent cold temperatures plaguing our city is the fact that Thorne Russell can't wear lederhosen. Though the Hillside Farmacy host always looks dapper in classic British-inspired menswear, it is his Von Trapp vogue that has made him a local style icon, earning him pancake-appropriate nicknames like "Hansel," "Das Tapfere Schneiderlein," and "The Little Dutch Boy."

Russell, the progeny of Hillside's owner, culinary colossus Sonya Coté, has a distinguished pedigree. But he's hardly the only shift-laborer in Austin's restaurant industry with a strong sense of personal style. With hoodie-clad brogrammers swelling the ranks of our tech-driven workforce at alarming rates, servers, hosts, baristas, and bartenders remain among our most valuable municipal assets, inflating our fabulous quotient and keeping our hotness index high.

Of course, an increasing percentage of Austin's food service army are now standing at attention in uniform. Anyone who's lived here longer than a decade remembers a time when our dining landscape was dominated by 24-hour hash houses and taco stands without "secret menus." A time when the most common restaurant uniform involved flip-flops and a neck tattoo.

While I cannot regret the current availability of locally sourced pork belly on every street corner, I do occasionally mourn for a time when the most exciting thing coming out of the kitchen was the server's attire. It's not that I miss the flip-flops per se – it's that the more upscale dining in town gets, the fewer opportunities there are for waiters to showcase their personal style. That's why I am particularly grateful when the restaurant employees who do enjoy relaxed dress codes wrest every possible inch of aplomb out of them.

I applaud those valiant souls. As an erstwhile waitress, I could never pull it off. Servers spend their entire shift on their feet, speed-walking between tables and kitchen windows, hustling from computer screen to espresso machine to credit card reader and back again, all while pretending to be relaxed so as not to distress you, the customer. They grit their teeth when hot plates burn them and hold on tighter; they bang their shins on walk-in doors while juggling armfuls of half-and-half cartons; they hurl overstuffed, industrial-size garbage bags into dumpsters, and if a spiky earring catches on the bag, ripping it open and dumping poutine down their front, they endure. To borrow a famous phrase, servers do everything janitors do, backward and in heels.

(By the way, if you are planning to go out to eat on Valentine's Day, please know that for restaurant staff this can be one of the most stressful nights of the year. Tip as if your romantic success were karmically dependent upon it.)

My search for culinary couture took me to eateries of all types – from Bouldin Creek Cafe, where tribal piercings are de rigueur, to Uchiko, where hostesses glide through the front of the house like elegant black swans, to the retro sophistication of East Side Show Room, the patio swag of Contigo, and the waistcoated dandyism of Houndstooth Coffee. Nor did I neglect my own cherished neighborhood hangout, Cherrywood Coffeehouse, where tall, lanky Jonathan Horne tends the counter in a collection of extraordinarily eccentric trousers. The day I caught him, they were stretch velvet with harlequin diamonds. He wore them with a blazer that can only be described as John Aielli chic, because John Aielli literally gave it to him.

But my search for a restaurant where everyone in the front of the house looks like a fashion plate – servers, bartenders, managers, hosts (probably even the kitchen staff, though I didn't look) – ended at Justine's Brasserie.

"Tell me the truth," I asked the manager on duty, who wore a graphic black-and-white jacket and asked to be referred to as "Bubba de Austin." "Does Justine's hire its staff based solely on fashion sense?" He demurred, saying only that the restaurant's no-uniform look was intended to reflect the eclectic, casual vibe for which Austin is known. "And yet," Mr. de Austin reflected, "you could say that it is ... somehow requisite."

I assume he meant "It" with a capital I. At any rate, Justine's is one place where you can look around, inhale the scent of Austin's foodie scene, and say, "Je ne regrette rien." 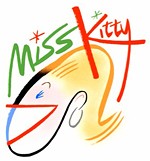 After a Fashion
Stephen softens with age ... at least for this column.