The Luv Doc: Being Selfish 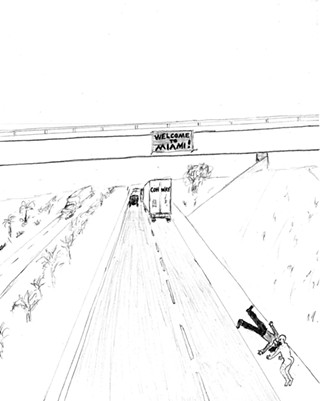 Luv Doc,
I have been living with my boyfriend for nearly a year and have been getting along marvelously EXCEPT that a couple of weeks ago he got a job offer from a financial services company in Houston. At first he said he wasn’t considering it, but this weekend he said he really thinks he should take the job and is pressuring me to move with him. I have a good job here and all of our friends are here and frankly, I think this may be a deal killer for me. Am I being selfish? How bad could Houston be, really?
- Homey

OK, regardless of the general feeling of anxiety I get when I drive through Houston, I have to admit, mostly all I have done is drive through Houston. That probably says something. There aren’t a lot of compelling topographical features – at least none viewable from the interstate – and the architecture doesn’t really blow my socks off either … and truthfully, Houston can be stanky … even where it’s swanky – like in River Oaks. If it smelled that bad in any other rich neighborhood in America they would have the security guards start shooting all the homeless people within a 20-mile radius, but in Houston the solution is to just smoke cigarettes. Thus, old men from Houston tend to sound a like a cross between Harvey Fierstein and Tom Waits (with Ross Perot’s accent) and old women sound like either Patty and Selma (Marge Simpson’s sisters) or Sue Bob White. Of course, I am over-simplifying. Houston is obviously much more than the titty bars, hot tub dealerships, and indoor gun ranges visible from the interstate; it boasts some of the finest museums, restaurants, and arts facilities in the nation. It also has a heartbreakingly disappointing football team, which, I think we can all agree, is the hallmark of any culturally rich metropolis. AMIRITE Miami? Speaking of Miami, here’s one thing Houston doesn’t have: crazy people gnawing off homeless people’s faces on the side of the interstate. Those titty bars and gun ranges don’t look so bad now, do they? Thank you Miami – Love, Houston. However, regardless of how you feel about the city itself Homey, the question you need to ask yourself is whether or not you dig this dude enough to put his needs ahead of yours. I can’t answer that for you other than to make some snarky comments about Space City. Sometimes it’s OK to be selfish, and sometimes being selfish means doing what it takes to make your partner happy so you can be together. And yes, that works both ways.
Need some advice from the Luv Doc? Send your questions to the Luv Doc, check out the Luv Doc Archive, and subscribe to the Luv Doc Newsletter.
More The Luv Doc columns