After a Fashion: The Hurting 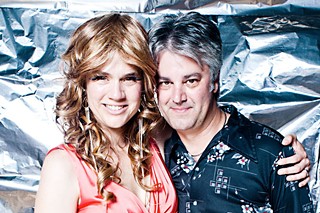 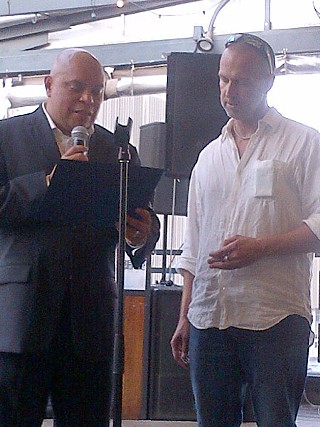 The poet Emily Dickinson said, "To live is so startling it leaves little time for anything else." Truer words were never spoken. In the last year and a half, when I started trying to live my life again rather than simply exist, waiting to die, I knew there were two things missing from my life. First, I knew that there was an enormous creative void and that I missed designing clothes. Jumping back into design felt like a new religion, meaning more to me than I ever remember it meaning. As one success stacked atop another, however, I struggled with the fact that, while I knew I was designing wonderful things, inside I was still the damaged little boy who never believed in his talent, didn't feel worthy of it, and felt dismissive about those who praised or complimented me. The second thing missing from my life was spirituality. I'd been raised in the church, yet the church failed me as I saw what it had done to my father, a Presbyterian minister, and my mother, the daughter of a fire-and-brimstone minister (an altogether different variety than my father). "How did I get here?" "Is there something else?" ... Questions like those were easiest dealt with by complete avoidance. After my cancer diagnosis, followed by my free fall into hedonism, followed by my arrest, followed by probation, drug and alcohol treatment, and finally almost total seclusion, I could no longer avoid the questions. The entire concept of opening my creaky mind to other possibilities felt like chipping away at a stone monolith to see what might be inside. But I did chip away. Through many myriad sources, I began to just listen. And hear.

In nine months, I have designed four collections for four shows. The first three were typically torturous, but this last one, for the Austin Fashion Awards, was different. Through much self-exploration, I've examined the way I behave to those working with me (as well as how I treat myself) during the design process. And while many of the factors that could be so damaging were still there, I approached them differently and begged my friends and associates to help keep my head on straight through little reminders – like that none of those people would have been there working for me if they didn't love me. Why on God's earth would I treat someone – someone who loved me and was willing to be there for me and help me – like that? Well, I had an epiphany that put it all in place. My entire exterior life and interior lives were full of contradictions and complications. I always knew that there was something else that guided me, informed me, and affected me. But one day, after simply absorbing the lush, intensely beautiful natural surroundings that I am so fortunate to live in, I suddenly understood that the talent I have – sometimes burrowed inside like a parasite, and other times such a painful part of me with which I had no hope of reconciling – was not something that was only within me. Talent is a gift from beyond, and I realized then that I had to accept that gift, use it to better myself, and pass it on. Passing it on is key. The gift has to be given, continually. I cannot accept it, then covet it, holding it deep within, jealously guarding it from attention or harm like I have in the past. Knowing now that it is a gift is the very reason I've been able to make each collection better than the last. I did not know where it was coming from, but now I do. And as I open myself more and more, I know that there will eventually be complete peace within me regarding this gift I have to share. All I know is that I want to pass from this earth clear and as pure as possible to ascend to a better place when I die. And that is my sole mission right now. And to those who'd beg to differ, who'd like to bicker with me about it, I repeat the very thing that Truman Capote said to console Princess Lee Radziwill, "The dogs bark, the caravan passes on."