After A Fashion: Texas Film 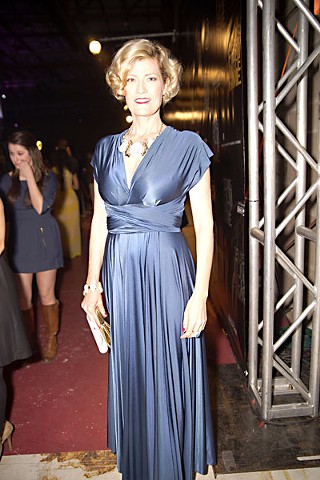 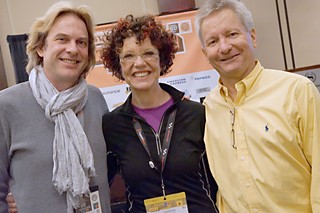 The ever-stylish Adam Curry with panelists Laurie and Mark Frick at the Interactive panel Warhol Goes Social: Creativity in the Tech Age on Tuesday

It was the Texas Film Hall of Fame that made me try and shake off the overwhelming fatigue I was feeling after more than two weeks of constant design work and little sleep. But it was TFHOF, and I'd never missed a single one in 12 years ... this was the first one I even considered missing, only because of the state of my health. But pull it together I did, and I attended with my gorgeous sidekicks and muses, Jacki Oh and Grant Hicks, all glammed out in my new Made in Heaven collection. We took so long getting done up that we missed the entire red carpet entrance. It's called shooting yourself in the foot. We arrived anyway, made the rounds, and watched the stars and socialites and localebrities. Highlights were a visibly emotional Annette O'Toole, an extremely modest Henry Thomas, a very proud Rick Linklater, an exuberant Quentin Tarantino, an enchanting Julie Hagerty, and a graciously beautiful Robin Wright. Austin Film Society's Executive Director Rebecca Campbell looked faaabulous and spoke eloquently about Texas film and the night's nominees, and, while it may not have been the most high-voltage Hall of Fame, it was indeed an enormous success. 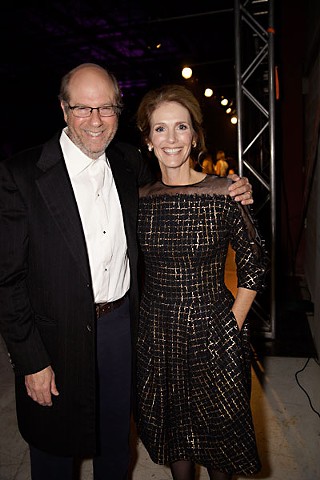 It doesn't take being in over 200 movies to win a Texas Film Hall of Fame award, but Stephen Tobolowsky did both. Julie Hagerty presented the award.

THE FASHION Amid the swarms of ubiquitous raggedy jeans and limp hoodies, there is some real style to be seen. No, I don't care about what's hot and trendy. I care about those who truly express themselves through their clothes by pulling together disparate pieces and making them work as a whole to represent their identities. The power of clothing is phenomenal. It can say everything about you without you having to open your mouth. Among the treats seen include an embroidered suede poncho trimmed with Mongolian lamb, worn over velvet jeans tucked into over-the-knee boots. Gorgeous. Another was a jumpsuit which was an unabashed copy of Versace (but not Versace) in red, black, and metallic gold, shimmering in the starlit night. A few rock-star looks wandered about, but they didn't seem to be on rock stars (and no, I'm not talking about my own clothes). I saw frock coats, spats, jodhpurs, and top hats on one group of out-of-towners. I had to compliment them on their courage and flair ... turned out they had just filmed some kind of commercial. Saw a Prince look-alike ... or maybe it was Prince. And several tributes to Johnny Depp's style wandered around, perhaps in anticipation of seeing him.