The Luv Doc: Ditch the Ex 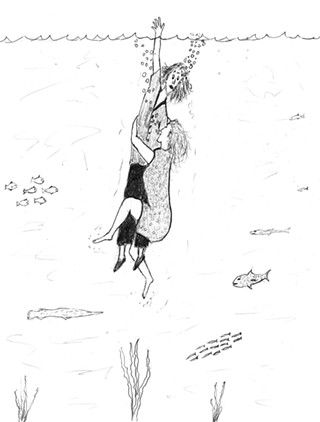 LuvDoc,
My best friend’s boyfriend just broke up with her after a two-year relationship. They both have the same group of friends and they have decided to try to continue to be friends, but she always gets depressed when she is around him. I think she should try to avoid him as much as possible. She says she can handle it, and she doesn’t want people to think she’s too hurt, but everyone else can see it’s just making things worse. What do you think? She might listen to you. Should she try to avoid him or get a grip on her emotions?
- BFF

Bff is a really hard name to pronounce. I’m guessing it is of some Eastern Bloc derivation – maybe Poland or Czechoslovakia - one of those Warsaw Pact republics where vowels were outlawed for sounding too cheerful. Congratulations on overcoming your handicap and finding a best friend!

Your friend does sound like a bit of a downer, though. Like drowning people who can’t swim, depressed people tend to take others down with them. In fact, my bet is that if your friend continues to sad sack it around her ex and your friends, they will stop hanging out with her anyway. Problem solved! Well, not really. She shouldn’t have to lose all of her friends just because she’s no longer bumping uglies with one of them.

Therefore, I am backing your platform, Bff. Your friend will be much better off – certainly in the short term, at least – by removing herself from the cause of her pain. No matter how much she tries to suck it up, his mere presence is going to bring up painful memories and cause her to dwell in the past instead of getting on with her future – not to mention the fact that by spending a lot of time with her ex an their friends, she is unlikely to meet someone new.

If you want to be a real best friend, Bff, get her out of her comfort zone. Take her out to a bar – Mowhawk always seems to be teeming with furry, hipster dudes – or to a festival (SXSW?) … or maybe a swinger’s club (the Austin Swing Syndicate hosts swing dancing every Thursday night at the Texas Federation of Women’s Clubs on San Gabriel). If you’re really desperate, take her running on Lady Bird Lake. Nothing will make her forget her pain like real, physical suffering.