After a Fashion: For the Benefit of Mr. Jones 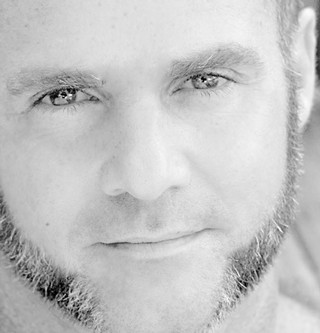 My heart is breaking as I type: Longtime dear friend and regular photographer for this column, Seabrook Jones, has terminal liver cancer and is not expected to survive very long. I have never known a more positive, joyous, and loving friend in my life. The first time I met him, at least a hundred years ago, I mentioned him in my column. A short time later, after not seeing him for some time, he sent me an email saying that he'd taken a bunch of photos at South by Southwest and was I interested in running them? It just so happened that I was. I needed him then and needed him for all the following years he shot for me, and I still need him now. Through me, he made many connections in the nonprofit world, and began to volunteer photo and video services to organizations like Zach Theatre, AIDS Services of Austin, the Center for Child Protection, Austin Children's Shelter, and so many others. Taking him to an event as my photographer was like being taken on a date – he chauffeured me around, held doors open for me, covered costs like dinners and valets, and attended to me constantly, making sure my illness wasn't making me uncomfortable. He was always so caring and comforting. And each outing would usually wind up back at his place with a couple of friends in tow and a few hours of avoiding real life in the glow of his humor, talent, and zest for life. When I was diagnosed with terminal cancer, Seabrook was my rock and my hero. He's the one who always said it was my right to determine how I lived and died, and he supported me in my decisions to not pursue treatment. And now, I give him the same kind of support. Being ill is a terrible, frightening place to be. Everybody offers so many cures and remedies that you can wind up feeling sicker than before. Seabrook valiantly kept his cancer a secret among a few close friends, but now, in need of help, we ask that you help someone who has meant so much to so many people. His officemates, under direction of Seabrook's devoted companion Francis Prève, have put together a benefit for him tonight, Thursday, Nov. 29, 5pm-midnight, at Lanai. With a silent auction, fabulous food from Chinatown, Amy's Ice Creams, and Phil's Icehouse (6-8pm), cocktail jazz and ambient tunes by Francis Prève (5-10pm) and the divine DJ Toddy B spinning from 10pm on. Suggested donation is $25. There is an additional benefit concert for Seabrook on Wednesday, Dec. 12, 7pm-2am, at Kingdom, featuring performances by Gabriel & Dresden and Matt Lange. And on Sunday, Dec. 1, iconic DJ Roland Belmares will be playing at a benefit. We'll announce more details as soon as we know them. Dig deep and help out the kind of friend that makes life worth living. 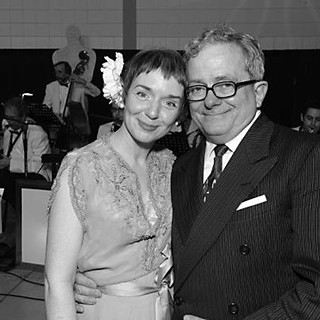 Matthew & Laura from Four on the Floor will offer their free swing dance lesson at Holiday Swing 2012, The Night Before the Morning After. (Photo courtesy of Project Transitions)

Our friend Rob Faubion, editor of Austin On Stage (www.austinonstage.com), has coordinated the big Naughty or Nice Toys for Tots drive scheduled for this Friday, Nov. 30, 9pm-2am, at Rusty's Austin (405 E. Seventh), in conjunction with the U.S. Marine Corps. Come in your best naughty or nice attire and bring a new and unwrapped toy for a child, infant through 14 years. More information at www.rustysaustin.com and www.facebook.com/quadbeatproductions... Project Transitions presents its annual Holiday Swing on Saturday, Dec. 1, 8pm, in the Red Oak Room at the Norris Center (2525 W. Anderson Ln.). This year's theme is the Night Before the Morning After and includes entertainment by the Sentimental Journey Orchestra and the Studebakers, as well as performances by the Austin City Showgirls, Ballet Afrique, and the lovely Judy Von Miller. Delectable delicacies await you, along with holiday-themed cocktails and plenty of good cheer for a good cause. Go to www.holidayswing.org for complete details.