Letters at 3AM: Too Much of Nothing 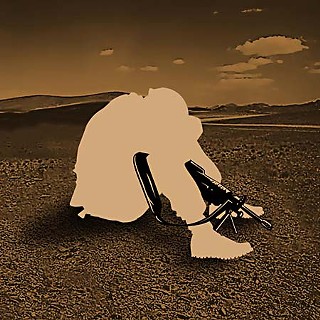 To get basic about it, Afghanistan is a landlocked nation bordered by Pakistan, Iran, Turkmenistan, Uzbekistan, Tajikistan, and China.

The Afghan-Chinese border measures only about 40 miles, but that's enough. China's right there, abutting Afghanistan.

Americans are famously ignorant of geography, our news outlets ignore China's proximity to Afghanistan, and the Bush and Obama administrations have carefully failed to mention that we're warring in China's backyard, but, just so you know, so far our war goes well for China.

We take special care of the Chinese: "[J]ust south of Kabul ... American troops are providing security for a Chinese state-owned company to exploit the Aynak copper reserves, which are worth tens of billions of dollars. ... [In Afghanistan,] China has its eyes on some of the world's last untapped deposits of copper, iron, gold, uranium and precious gems. ... China has a vision of Afghanistan as a secure conduit for roads and energy pipelines that will bring natural resources" (The New York Times, Oct. 7, 2009, p.29).

The situation seems to be: The United States pacifies Afghanistan just enough so that China can profit.

"This summer, the China National Oil Corporation, in partnership with a company controlled by relatives of President Karzai, began pumping oil from the Amu Darya field in the north" (The New York Times online, Sept. 9).

That report describes a free-for-all in which China, Pakistan, India, Canada, JP Morgan Chase, "kleptocratic" politicians, local warlords, the Taliban, and the Haqqani vie for spoils in an Afghan version of the Wild West, with China profiting most and the U.S. sheepish on the sidelines.

And you could paper a wall with stories like this from Afghanistan and Iraq: "[T]he watchdog for U.S. spending in Afghanistan says lax accountability in a $1.1 billion program supplying fuel to the Afghan National Army needs 'immediate attention.' ... There's no proof the fuel is actually being used by Afghan security forces for their missions." (Associated Press online, Sept. 10).

On May 1, President Obama flew to Kabul to proudly announce a "historic" U.S.-Afghan 10-year agreement.

This is what the president is proud of: "The deal ... allows either nation to walk away on a year's notice. ... The deal pledges Afghanistan to fight corruption, improve efficiency and protect human rights, including women's rights. ... [But t]he nine-page agreement spells out no consequences if those ... goals are not met. The agreement uses even looser language to address the production and trafficking of illegal drugs in Afghanistan, a major opium producer" (Associated Press online, May 3). The agreement "does not lay out ... specifically what the American military presence will be after 2014 or what role it will play" (The New York Times online, April 22).

In other words, there's no real deal. Just an excuse for a press conference crafted to create false impressions of achievement.

As for the Taliban: "The leaders of the congressional [intelligence] committees said ... they believed that the Taliban had grown stronger since President Barack Obama sent 33,000 more U.S. troops to Afghanistan in 2010. The pessimistic report by Sen. Dianne Feinstein, D-Calif., and Rep. Mike Rogers, R-Mich., challenges Obama's own assessment ... that the 'tide had turned'" (Associated Press online, May 6).

So much for 11 years of war, including two years of "surge."

In Iraq, "[a] wave of attacks ... killed more than 100 people ... including dozens of women and children. ... The attacks were an escalation of violence that had already claimed scores of lives ... since Al Qaeda in Iraq said it would begin an offensive" (The New York Times online, Aug.16).

And there's this: "Iran has resumed shipping military equipment to Syria over Iraqi airspace in a new effort to bolster the embattled government of Bashar al Assad of Syria ... to the frustration of American officials. The American influence ... appears limited despite its assertion that it is building a strategic partnership with the Iraqis" (The New York Times online, Sept. 4).

"Despite nearly nine nears of military engagement ... Iraq's security is uncertain and its alliance with the theocratic government in Tehran is growing" (The New York Times online, Sept. 24).

Defense Secretary Robert Gates, as he departed that post, said: "Any future defense secretary who advises the president to again send a big American land army into Asia or into the Middle East should have his head examined" (The New York Times online, Feb. 25, 2011).

Admiral Mike Mullen, in his final months as chairman of the Joint Chiefs of Staff, was "openly voicing concerns that professionalism and ethical standards across the armed forces are being severely challenged by the longest period of sustained combat in the nation's history" (The New York Times, Jan. 8, 2011, p.20).

Mullen's concerns are underscored by reports like these: "Suicides Among Active-Duty Soldiers Hit Record; Sex Crimes Jump 30 Percent" (The New York Times, Jan. 20, p.13). Soldiers of both sexes are victims of military rape (Newsweek, April 3, 2011). And "[a] new study says substance abuse among troops has become a 'public health crisis' and the Pentagon methods for dealing with it are outdated" (Associated Press online, Sept. 17).

Meanwhile, former Defense Secretary Gates believes that "U.S. defense institutions have become 'accustomed to the post-9/11 decade's worth of no-questions-asked funding requests,' encouraging a culture of waste and inefficiency he described as 'a semi-feudal system – an amalgam of fiefdoms without centralized mechanisms to allocate resources." (Foreign Affairs, Nov.-Dec. 2011, p.35).

"[T]he question is what the United States gained after a decade of two wars. 'Not much,' Col. Gian P. Gentile, the director of West Point's military history program and the commander of a combat battalion in Baghdad in 2006, said flatly. ... 'Certainly not worth the effort. In my view'" (The New York Times online, May 27).

Mitt Romney vaguely proposes bellicose strategies that America's overstrained military, badly in need of rest and retrenchment, can not afford to endure. Barack Obama exaggerates and lies about his military and diplomatic achievements, and he, too, seems in no mood for rest and retrenchment. His plans are not vague. Obama is shifting the U.S. military's focus to Africa and the South Pacific (The New York Times online, July 27).

Call ours the "Era of Continual Crisis." The strategies of the Bush and Obama administrations have left the United States vulnerable to crisis ignition in literally hundreds of places worldwide. The voting public and the commentariat take this blandly for granted while young people in the military are going bonkers. Spread the facts before you, and you get the distinct impression that nobody's driving this bus.