In the real world of the 99-percenter, however, moral questions are rarely black-and-white 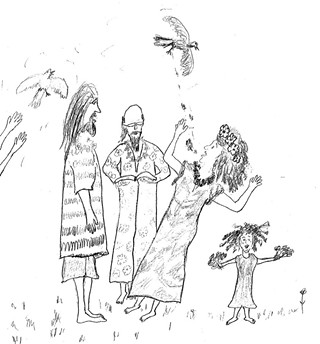 My best friend is getting married next fall to a guy I really hate. She wants me to be the maid of honor and all she ever talks about is her wedding. Should I be honest with her about my feelings or just go along?
- Molly This one’s easy, Molly, which leads me to believe you may be simple – or worse yet, some sort of drama queen/attention whore – so you’re lucky your friend is even asking you to be her MOH at all. Regardless, your easy answer comes in the form of a question: Where is the wedding? Is it an all-paid destination extravaganza on the beach at Waikiki, or is it a backyard affair being catered out of a grill that was made by cutting a 50-gallon drum in half with a welding torch? I think you have your answer. Lookit: Do you think Ivana Trump’s MOH didn’t deal with a similar moral quandary? Of course she did, but sometimes you have to look at the bigger picture. Twenty million in alimony buys a lot of hot, young, Italian boyfriends and perky, bleach-blonde updos. In the real world of the 99-percenter, however, moral questions are rarely so black-and-white. You might be looking at the nearly indistinguishable difference between a completely sober mints-and-punch reception in the multipurpose room in the back of the Methodist Church and a barefoot, neo-hippie Mayfield Park lovefest complete with a face-painted, dreadlocked flower girl and awkwardly mushy “write-your-own” wedding vows. Helpful tip: You might want to incorporate a parasol into your tie-dyed bridesmaid ensemble because sometimes when the doves get released, the doves release something themselves. Just saying. You’ll also have to resist the urge to tell those goddamn peacocks to STFU because unlike a peacock, you’re probably too well behaved to harsh everyone’s mellow. In fact, you should probably think of your best friend as a peacock, too. All she wants right now through her honeymoon is to be the center of attention. You’re going to need to resist the urge to tell her to STFU. That probably seems like a lot to ask considering your feelings about her fiancé, but chances are that if she hasn’t figured out that he’s a dick by now, a candid expression of your feelings isn’t going to change her mind. Conventional wisdom usually holds that drugs aren’t the answer, but in your case, I am going to recommend a couple of bong hits before spending time with your best friend – just to give you some perspective. Weddings are ridiculously silly for the most part, and you need to get in touch with the part of you that understands and appreciates that.
Need some advice from the Luv Doc? Send your questions to the Luv Doc, check out the Luv Doc Archive, and subscribe to the Luv Doc Newsletter.
More The Luv Doc columns