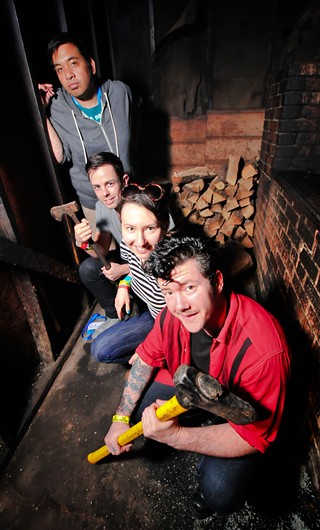 Simply stunning. This year's GayBiGayGay deserves a statue. Rumored to be the last ever, 2012 GBGG brought together the tribal Q for a heart-bursting 12 hours of the most lovely Déjeuner Sur L'Herbe this side of naked Monet. Too much to tell here in this sliver of print about GayBi (John Cameron Mitchell! Nicky da B! DJ Rusty Lazer!) and about the similar family reunions across the South by Southwest Fest (Silas Howard! Fausto meets Erica Nix! Christeene!). So we shall take to the blog (austinchronicle.com/gay). This week ... or next. We promise. Right after this naughty, distracting glow settles down. Seriously, I will never hear Erasure's "A Little Respect" or Hot 8 Brass Band's version of Marvin's "Sexual Healing" the same way ever again. Dang.

QUEERDALINI YOGA It's Kundalini in a safe environment, for those who'd prefer to focus on chi rather than he or she. Thursdays, 7-8:15pm. Soma Vida, 1210 Rosewood, 628-1580. Donations encouraged.

GLOW: A BLACKLIGHT AFFAIR You, a 'mo, and every ho you know. Saturdays, Deco Lounge, 408 Congress. Free. 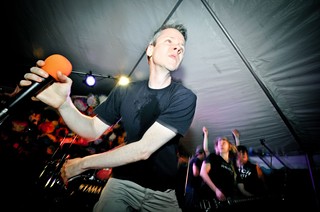 'BOUT TIME FOR VOLLEYBALL! Missing Charlie's? Need to shed a few before spring? Check out team play on Wednesday and Sunday nights and pickup games every day. 'Bout Time, 9601 N. I-35, 832-5339.

SHITTY KITTY BIG BALL BINGO Ms. Rebecca Havemeyer may not be a chicken, but she sure can cluck. Drink cheap, win big. Last Wednesdays of the month. Rain on 4th, 217 W. Fourth, 494-1150.