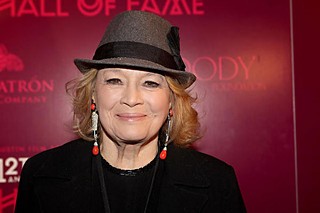 The eternal Angie Dickinson on the Red Carpet at Texas Film Hall of Fame 2012, part of a large Texas-oriented group of stars who graced the event. Dickinson was on hand to induct the movie Rio Bravo. (Photo by Gary Miller)

Well, it's been a head-spinning few weeks for Your Style Avatar. Just as all things South by Southwest were careening toward opening day, suddenly I didn't feel so well. I spent the next 2½ weeks hospitalized. I made a point throughout all the discomfort to absolutely charm the nurses. This little ploy yielded faaabulous results, with nurses lining up to assist me with any ol' thing. I did not employ any tricks or manipulation. It's a simple law of any service industry that those who are serving you respond very well to being treated well. Not so complicated. And those high-powered drugs in the hospital? Whew. Blew me away. Having been retching and vomiting every 20 minutes for well over 24 hours, I was only a shadow of myself when I entered the ER, seemingly permanently doubled over in pain. Within moments, I was ensconced in a hospital bed with an IV hooked up to me. The nurse announced that first she would administer anti-nausea medication, followed by a painkiller. The anti-nausea medication was miraculous. As soon as that cold, clear liquid entered my veins, the nausea abated, and I lay there thinking to myself, "Oh my god, this is such a relief."

Then the nurse administered the painkiller Dilaudid. My face grew warm, and I exhaled a chemical taste and then ... then ... complete calmness and submission. At one point I was hallucinating that the KKK (Kim Kardashian Klan) and all their entourage were cleaning my apartment. Except it was my old apartment in Seattle that had miraculously been renovated and relocated to New York. Of course, Kim herself was there, basically ordering people around and being rude to her family just like she does on TV. I remember developing a strangely close bond with Khloe Kardashian. (You know, the fat, Sasquatch-looking one who might not share the same parentage as her sisters?) She turned out to be pretty cool, but then my reverie was shattered by the alarm on the IV system screeching at me. I screeched back and the nurses came running.

I also have to say that nursing is an incredibly difficult job, with understaffing, constant changes in technology and protocol, and having to deal with sick, cranky patients. I applaud all nurses for their hard work and good hearts. Here's to you, nurses; thanks for everything. You made a deeply unpleasant situation so much less difficult. I was finally released from the hospital only two days before Texas Film Hall of Fame Awards (a must-attend for me for well over a decade). Exhausted and drained (hospitals are no place to rest, regardless of all those celebrities you hear about who check in for "exhaustion"), I slept hard for two days. The next day was Thursday, the day of TFHOH, and it was critical that I pull myself together and plan a showstopping outfit. I looked at myself in the mirror and was thoroughly uninspired. The weather was warm, but about to change. I debated long and hard about wearing my black-and-white Cruella fur coat, but was reticent because I had worn it so many times this winter, and it was 70 degrees outside. Too warm – ha ha ha. After I put the coat on, the temperature plunged 20 degrees and continued to drop. The coat, though I've been photographed in it many times, was the perfect dressed-to-thrill accessory for Texas Film. We arrived in a crush at the Moody. It was a bit jammed at the entry way and there were a few hitches during the evening, but for their entire existence, the Austin Film Society has held TFHOF at the old airport, which was cool because it was an actual movie set at the film studio. So, to me, any hitches were due to the change in venue.

The show is now so different from its beginnings that I did not contribute film research this year as I have for the last 11. But miss the event? Never. Especially because Angie Dickinson was there inducting the movie Rio Bravo. I had to meet Angie Dickinson, an actress whose lengthy career has kept me enthralled. When I was introduced to her at her table, I knelt down on my knees and bowed all the way to the floor in her honor. She chuckled and said, "My, aren't you the most glamorous thing here!" "Oh no, Angie, you are the glamour gal here tonight, and everything I know about glamour I learned from you." She said something about me being too young to know. Flatteringly incorrect, I told her, "Oh no, Angie. I'm waaay old, too." Fortunately she laughed, and it was the highlight of my evening. Now I can rest again for a few days.