Have yourself a fashionable SXSW

PAST The awards season is upon Austin, as we tied up Texas Film Hall of Fame Awards last week and moved on to last night's Austin Music Awards. The AMAs celebrated its 30th anniversary this year, and of course has been my sister Margaret's raison d'être for six months now (as well as directing the show for most of the last 30 years), and it paid off brilliantly. The show was chock-full of faaabulous performances like Tex-Mex godfathers Joe "King" Carrasco & the Crowns, grandly entertaining with special guests Mariachi Relampago, Jon Dee Graham, and Shawn Sahm. For roots and blues, we saw artists Ruthie Foster and Carolyn Wonderland perform together with Ruthie's Family Band, Rob Hooper, and Cole El Saleh. Memorable Nineties neo-psychedelic darling Sixteen Deluxe played its only show of South by Southwest 2012, and celebrating three decades of awards was Alejandro Escovedo. The finale was an exclusive reunion by Christopher Cross that held a helluva surprise. Excellent work, Margaret! Year after year .... 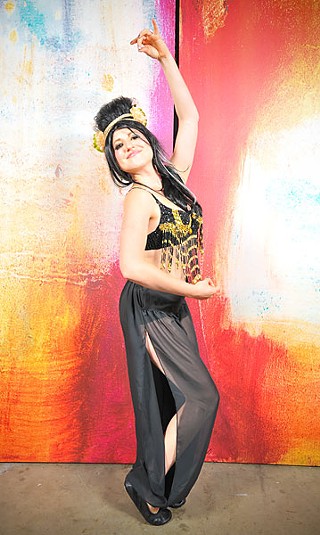 FUTURE Tonight (Thursday) you can wander into the Style X, aka Style By, Music Showcase presented by Charming Charlie at the Victorian Room at the Driskill Hotel, 8pm-2am, featuring stylish bands from here as well as distant shores. Tomorrow (Friday) begins the Style X fashion part of the conference with all activities free and open to the public. Dozens of vendors from all over will be offering takeout (items you can pick up at the event and wear immediately), including American Apparel, where you can design and print your own T-shirt, among the many clothing vendors; the very fun Bucketfeet canvas shoes and phenomenal local shoe manufacturer Helm among the many shoe vendors; Leaders in Leather accessories among many accessory vendors; and so much more. Sewing machine icon Bernina will also be there showing off its amazing machines. Friday offers panels, such as The Changing Landscape of the Fashion Industry, The Influence of Music on Style & Vice Versa, The State of Menswear, and Today's Fashion Media Business: Same Same But Different?. All include professional insiders and media fashionistas. Saturday offers more intriguing panels, such as What's Up With Urban Fashion & Streetwear?; Fashion Is Cool, but Fashion + Technology Is Cooler!; It's All in the Details: A Design Discussion; and What the Olsen Twins Got Right: Family in Fashion. After the panels conclude on both days, at 6:15pm, the runway shows begin, including SXSW musician/models Andrea Balency, Blitz the Ambassador, Candy Claws, Erin Ivey, Maya Azucena, Radiation City, Record Summer, Schmillion, Speak, and Torae. Catch this event in this, its second year, and be among those who are witnessing the genesis of what will surely become an international sensation.