Page Two: In the Moment, Part 2

A fascinating lesson in history 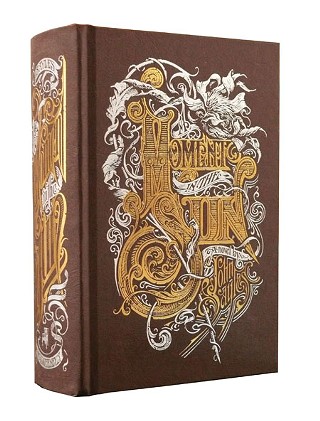 This is the second of what will likely turn out to be a number of columns on John Sayles' enthralling epic A Moment in the Sun. This new novel, published by McSweeney's, weighs in at a robust 955 pages (making the term "weighs in" descriptive rather than metaphoric). Before talking more about the focus, topics, themes, and resonance of the novel, I need to make one critical point. My writing tends to wrap around itself in such a way as to create multidimensional mazes. I am not only wordy, but often ponderous as well. I bring this up because when writing about the book, I'm likely to make it sound like a difficult history text or an overly opinionated polemic. In other words, it may seem that I'm urging one to read the novel for its virtues though the effort might well be more work than fun.

Nothing could be further from my experience, and it will be so regrettable if that is what I convey. Moment is a terrific historical novel, an electric and exciting read. As I wrote in last week's "Page Two," one night I picked up the book just to look through it, planning on reading just a bit. Almost immediately, I was hooked. Unable to put it down, I finished it just as dawn broke three days later. During those three days, I did other things besides reading the novel, but whenever I had any extra time, I read it. This included reading late into the night and starting back again very early in the morning. When I finished, there was no sense of relief or accomplishment but rather a certain sadness. I wanted to continue reading, as I was quite reluctant to leave the novel's world.

It's a fast-moving historical adventure story that in some ways is also a mystery because so much of the history it conveys is not taught and has been hidden.

Set at the turn of the century, Moment focuses on a number of historical events in order to get to what it is really about – the changes our nation underwent as it slid into the 20th century, especially regarding media, race, class, international outlook, labor, and individual rights.

The novel begins with the 1897 Yukon Gold Rush, and along the way it spends quite a bit of time setting up and relating the Wilmington Insurrection (1898). This is not to claim that the novel unfolds in a strict linear fashion, as all the stories are intercut. The largest chunk of the story concentrates on the Spanish-American War (1898) and the Philippine-American War that immediately followed (1899-1902). Looking back with a historical perspective, these two wars can be delineated as separate events, but at the time and in the novel, it is a long, unending conflict with shifting priorities and enemies. Even though loaded with information, the story is character-driven, so there is an immediacy to how it is related. The initial reason for the war was that the Americans were coming to "liberate" the Spanish colonies in both the Caribbean and the Pacific, especially Cuba, but also Puerto Rico, Guam, and the Philippines.

The United States had much newer and better equipment and far more soldiers than Spain, which resulted in a very lopsided American victory with the war only lasting 10 weeks. After the Spanish left, U.S. troops took over the occupation of the Philippines. Working with an all too typical but severely misguided assumption of paternalism, the Americans more or less expected the Filipinos to be grateful and welcoming.

Essentially, the U.S. ignored that the Filipinos had been plotting against the Spanish for decades, including an aborted attempt to revolt in 1872. Finally, they had launched a full-scale, armed revolution against Spanish rule in 1896. Decades into yearning for independence, it made little difference whether Spain or the United States were their imperialist rulers.

When the United States joined in the war against Spain, it sent both white and black troops. The U.S. Army at the time had both calvary and infantry regiments of black soldiers (almost always with white officers). Any number of black volunteer and National Guard units also served in the war. Moment tells the story of the war through the eyes and experiences of blacks, whites, and Filipinos. Similarly, Sayles provides a wide and rich variety of perspectives throughout the novel. There are four major narrative themes running through the novel, as well as any number of minor characters and subplots.

"Those who cannot remember the past are condemned to repeat it."

– George Santayana, The Life of Reason

As much as I've always intellectually enjoyed that statement and absolutely respected its integrity, over time I've very much come to question its accuracy. Even those fully cognizant of the past too often end up repeating it, even when trying very hard not to do so.

The act of remembering the past is not simply to know or read history. Remembering implies a fuller and richer understanding.

In A Moment in the Sun, John Sayles performs a remarkable act of remembering. It is not just that the novel covers so much now-forgotten history, but that it also conveys a sense of what that time was like, how people lived and thought. Humanizing it as Sayles does makes the greater story flow beautifully for the reader. We may not know the history, but we do know the emotions and dreams of these people.