Letters at 3AM: The Sixth War

America is engaged in hostilities on six fronts 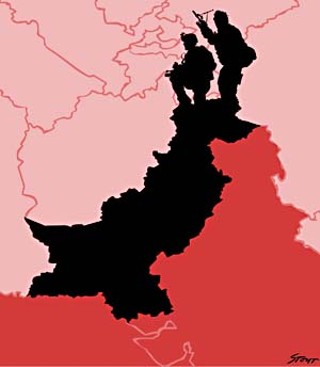 In how many countries is the United States "engaged in hostilities" (as the saying goes)? As of tonight, I count six.

Iraq is No. 1, of course. Many speak of Iraq as though we're done there, but June was the deadliest month for U.S. combat casualties since 2008 (The New York Times, July 1, p.A6). And Iraqis have again taken to killing one another in great numbers (The New York Times, July 6, p.A10). In April, our defense secretary stated that "some American troops could stay in Iraq for years, well beyond the scheduled withdrawal" (The New York Times, April 9, p.A11). Let's remember that it costs $500,000 a year to keep just one American soldier in a war zone (The Economist, Jan. 1, p.11).

Afghanistan is war No. 2. The real reason we're there is at last obvious (more on that in a few paragraphs); the stated reason was to defeat al Qaeda. When Obama announced his surge in 2009, the White House "[put] the number of Qaeda operatives [in Afghanistan] at roughly 100" (The New York Times, Dec. 6, 2009, p.WK10). Recently, a senior administration official said, "When we think about Al Qaeda ... within Afghanistan, we say it is about 50 or 75 folks" (The New York Times, June 23, p.8A). All that blood and money has diminished the number by 25 or 50. Meanwhile, Afghans endure carnage. A headline in June: "Afghan Civilian Deaths Set a Monthly Record, U.N. Says" (The New York Times, June 12, p.A20). Afghanistan President Hamid Karzai has received millions in cash from Iran all along, while Washington gives his office "bags of money," too. "Asked whether the U.S. actually gives bags full of cash to the presidential office, Karzai responded: 'Yes, it does give bags of money'" (Associated Press online, Oct. 25, 2010).

War No. 3: We're lobbing missiles and drones into Libya, apparently for a good cause, except that it's been going on for more than 90 days and Obama has refused to abide by the law. That law is the War Powers Act, which requires the admittedly shaky virtue of congressional permission to continue hostilities. Obama claims that killing people with missiles and drones does not constitute hostilities. The question is: Why would Obama utter such an obvious absurdity?

When campaigning for the presidency, Obama said: "The president does not have power under the Constitution to unilaterally authorize a military attack in a situation that does not involve ... an actual or imminent threat to the nation" (quoted by Maureen Dowd, The New York Times, March 23, p.A27). He spent most of his working life teaching constitutional law. He knows he's in violation. Yet he rejected the opinion of lawyers in the Justice Department and the Defense Department who have said he must abide by the War Powers Act (The Economist, June 25, p.44). Obama's "White House counsel ... has declared that, despite the War Powers Act, the president can continue the Libya campaign indefinitely without legislative support. ... If the precedent Mr. Obama has created is allowed to stand, future presidents who do not like what the Justice Department is telling them could simply cite the example of Mr. Obama's war in Libya" (The New York Times, June 21, p.A27).

Even George W. Bush and Dick Cheney abided by the War Powers Act. Obama, a lawyer, understands precedent. So, again, assuming his best intentions, why would he knowingly risk such a dangerous precedent?

The answer lies in his fourth, fifth, and sixth wars.

If Obama admits that when our drones and missiles kill foreign nationals on their own soil it is an act of war, then all his drone wars come into question. Congress is increasingly concerned about our military involvements. Obama wants their arguments shut down. He demands the power to do as he pleases in these matters without consent from the people's representatives. He knows this is unconstitutional. So: Why?

Under the War Powers Act, Obama would probably get what he wants concerning Libya, Yemen, and Somalia. They are weak countries, shakily governed, if governed at all, and if he repeats "breeding ground for terrorists" every time he's near a microphone, Congress will likely give in without asking for proof.

The real issue is Pakistan, where "operatives," as they're being called, "have been barraged with hundreds of drone strikes directed by the Central Intelligence Agency in recent years" (The New York Times, July 2, p.A1).

If Obama admits that to kill foreign nationals on their own soil with drones and missiles is an act of war, then our Constitution may force him to admit that the United States is at war with Pakistan. I suspect he fears that admission deeply. For the time being, so does Pakistan.

Pakistan is our sixth war.

As I've documented more than once, Obama announced his Afghan surge over the hot objections of both Afghanistan and Pakistan, though he led us to believe otherwise. He claimed Pakistan's cooperation was essential to victory, though Pakistan immediately denied him any consistent cooperation. Obama's motives have recently become clear.

"'We need a base to strike targets in Pakistan, and the geography is simple: You need to do that from Afghanistan,' said Bruce [Riedel], a retired C.I.A. officer who conducted Mr. Obama's first review of strategy in the region [my italics]. ... [A]dministration officials make it clearer than ever that they view Pakistan's harboring of terrorist groups as [a more urgent problem than Afghanistan]. 'We don't see a transnational threat coming out of Afghanistan,' a senior administration official said .... Later he added, 'The threat has come from Pakistan.'" (The New York Times, June 23, p.8A.)

A gathering of Pakistani colonels was asked "whom they regarded as the greatest enemy. A third of them named America" (The Economist, June 18, p.46). "Pakistan has steadily expanded its nuclear arsenal since President Obama came to office ... putting it on a path to overtake Britain as the world's fifth largest nuclear weapons power" (The New York Times, Feb. 1, p.A1).

Lately, Pakistan has upped the ante.

"Deadly Shelling by Pakistan Into Afghanistan Is Stoking Tensions," said the headline. "Rocket and artillery shells fired from Pakistan have killed 42 Afghans and wounded 48 in three provinces ... over the last five weeks .... The attacks have puzzled and angered Afghan politicians and Western diplomats" (The New York Times, July 4, p.A9). Are they really puzzled? No NATO bases exist in the areas attacked, but the report said nothing of CIA drone bases. Whether such bases are there or not, Pakistan thought it was shooting at something (unless their actions were simply a raised fist of warning).

Nothing would be more justly alarming than Obama's surge having made an out-and-out enemy of Islam's sole nuclear power. If Pakistanis chose, they could gift al Qaeda a bomb – or several – to wreak havoc here. However, our war with Pakistan is still a shadow war because neither side officially admits hostilities. That's a good thing. It means powerful people in both governments seek to cool it.

If they fail, the possibilities for catastrophe are many. As things stand, to dwell upon this does no good. For American citizens, and even for Congress, the sixth war is beyond our reach, out of our hands.

An erroneous date has been corrected in this piece since original publication.

Letters at 3AM: A Show of Hands
There has never been a war like this 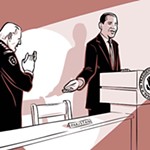 Letters at 3AM: Critical to the Success
Pakistani public opinion runs strongly against the United States, even though our president insists we're partners fighting a common enemy