This week, Your Style Avatar travels to Iran, Paris, and the land of sashimi 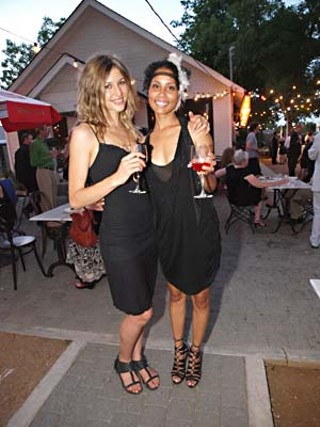 WESTWARD HO From the UK's The Guardian: Iran now has a trained force of 70,000 known as "moral police" whose job it is to enforce laws against "un-Islamic clothing and haircuts." Iranian women are now forbidden to wear "loose-fitting headscarves, tight overcoats and shortened trousers that expose skin." Considering the oppressive summer heat, the restrictions seem a bit extreme, especially since Iranian men are allowed to wear short-sleeved shirts. However, the "Western cultural invasion" has also led to criminalization of men wearing necklaces and "glamorous" Western hairstyles such as the mullet and the ponytail. I have to say that I'm in complete accordance with the laws pertaining to men's hairstyles. I think it's high time that the USA also ban mullets and ponytails (as well as faux-hawks and those lesbian Justin Bieber abominations, too). These sweeping changes followed the Iranian parliament's proposed bill to criminalize the ownership of dogs because it's a "blind imitation of the vulgar culture of the west." Dogs are considered "unclean" by Islamic custom. I don't think dogs are unclean – not my dogs anyway – but I do feel that some of the Western hairstyles perpetrated upon the world deserve severe punishment.

FRENCH CONNECTION Last Tuesday, June 14, saw Une Soiree à la Coco Chanel, a benefit at the oh-so-chic Justine's with proceeds going to Petite Ecole Internationale, the French-immersion Montessori school. Blackmail owner Gail Chovan chaired the event (co-hosted by Neil Diaz of NCD Resources). Ordered to wear little black dresses, I decided to buck the trend and wear all white, making me as conspicuous as an adult at a Justin Bieber concert. Little black dresses are fabulous, of course, but with my bingo wings and unshaven legs, I knew I'd feel uncomfortable in one. There were lots of other little black dresses in attendance. With a truly exciting silent auction, delectables from Justine's chef Casey Wilcox, Edith Piaf songs sung by Stephanie Stephens of Mistress Stephanie & Her Melodic Cat, and a video of the most recent Chanel fashion show courtesy of Cheryl Bemis, the event provided a lovely, low-key, drop-dead stylish evening. I interfaced with Urban Animal's Laura Cisneros, who grows more beautiful every year; attorney Becky Beaver; the delightful Angeliska Polacheck; designer Aaron Flynn; the stunning Raven Hinojosa; designer Gillian Courtney; and man-about-town Evan Voyles. I was home by 10pm. Amazing, yes? All of this seems to be a prelude to Gail Chovan's upcoming trip to Paris, during which she will teach French to foreign exchange students and document her blind daughter Zelda's first trip to the City of Lights. Gail says that cancer can do crazy things to you, like making the decision to travel to a foreign country with a disabled child to teach and write a book ... but I don't think it's crazy at all. What mother wouldn't enjoy taking her beloved daughter to the city that was home to her and has inspired her all her life? Have fun, girls!

CHOP SHOP Given a choice of restaurants, I usually gravitate to my favorites – Maudie's, Hyde Park Bar & Grill, Hoover's, and a few more. But last Saturday, I was invited out for dinner by my dear friend, that terror of Tarrytown, Jessica McMillen. We went to Uchiko with the rivetingly incorrigible Sandra Manitzas and my old friend Stephen Rice, host of KOOP's OutCast radio show. Now, I do not love sushi. Never have. When the food first hit our shores in the early Eighties, I was grateful that it seemed to fizzle out very quickly, but then it returned with a vengeance in the new century. Since the Eighties, I hadn't had any sushi until the opening night of Uchi a few years ago. Uchi's sushi was excellent as far as my untrained palate could tell, but I hadn't eaten sushi since – until Saturday. Uchiko is Uchi's less expensive, more casual cousin. I have now dubbed it "Ucheapo." We were ushered in like rock stars, and our adorable waiter was amusingly smart and attentive. Reprising my all-white outfit from Monday (to express my virginity in being there for the first time), I told our server that I'd need a fork rather than the chopsticks so that I didn't wind up flipping a piece of sashimi onto my outfit. He said, "I have just the thing for you," and came back with two chopsticks held together with rubber bands and a piece of folded cardboard in between them. Quelle surprise! They worked just like automated chopsticks, and I remained stain-free for the entire evening. Who knew that one could have such a life-changing experience at a sushi restaurant?