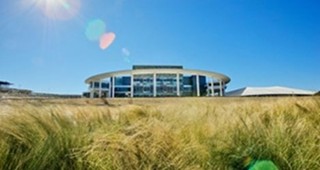 The White Party sounds like the political wing of the Aryan Brotherhood – sort of the same way Sinn Féin is to the IRA – but it's not. Don't get all creeped out. The White Party is simply a party where people dress in white clothing. It's a party, not a rally. Here's the difference: If you're someplace where everyone is wearing white and there are cocktails, trays of hors d'oeuvres, and a DJ mixing house music, you can probably relax. On the other hand, if you're gathered a bonfire in some remote field in the middle of the night with a bunch of people who are not only wearing white but actually are white, you might want to consider going back and finishing high school. It's the patriotic thing to do. Historically, in America, when white people start putting on white clothing, some evil shit is about to go down. Crosses get burned, people get lynched, chickens get fried … with 11 delicious herbs and spices … it's all fucked up. Throughout the centuries (maybe because the menstrual stain really pops?), white has always represented virtue, goodness, and purity. The purity part is especially ironic considering certain white folks, in their quest for purity (racial in this case), completely undermine their goodness and virtue. Purity may be a desirable quality when looking for diamonds, buying cocaine, or cooking up corn squeezins, but when it comes to genetics, it only causes trouble. Spend a day walking around in Ireland, and you get the sense that much of its populace is in dire need of some miscegenation – at the very least a few more holidays in Majorca … or better yet, a Moorish invasion (smart money is on the Somalis). Whatever the case, something needs to give, or in another couple of hundred years, everyone in Ireland will have a comically huge flaming noggin like Conan O'Brien … or his sister … or maybe Conan doesn't have a sister and that chick in The Fighter was really just Conan in drag. As intriguing as that theory sounds, it doesn't hold water because Conan is clearly Irish, which means he probably has bunches of siblings of both genders and they are all bleeders. Regardless, it's safe to say that all of Ireland needs to tap some strange … and not just a second cousin. The same could be said of certain pockets of Appalachia (although it could be argued that without inbreeding, the rest of the world would have never experienced that fine banjo pickin' scene in Deliverance), Mennonite and Amish communities, and, of course, the British royal family – which, in contrast, makes a holler in the backwoods of West Virginia seem like a Benetton commercial. The best thing Prince Willie could have done for the health and longevity of the royal family was to come down with a case of jungle fever. It may be that he actually did. Kate Middleton is the swarthiest royal in a long, long while. That's why she really looked good in white. In general, dark-skinned people look good in white. Who can ever forget how sharp Don Cheadle looked in that doughnut shop in Boogie Nights? OK, maybe not a good selling point for white attire, but before the brains hit his suit, he was the epitome of sartorial panache. Sean "Puffy" Combs, generally considered to be one of the premier arbiters of male fashion, has a bit of a penchant for white himself, and it could be argued that it was P-Diddy who popularized the white party, at least the contemporary version thereof. In fact, Puffy's annual whiteout in the Hamptons is listed by Forbes as one of the world's hottest parties. The Austin version may not reach such heights, but Friday night's White Party at the Long Center benefits LifeWorks, a local charity that provides services for homeless, at-risk, and troubled youth in Austin, so there's plenty of goodness and virtue in that. If you're into purity, just make sure you only drink top shelf and try to keep the wine stains off your clothes – they really pop.