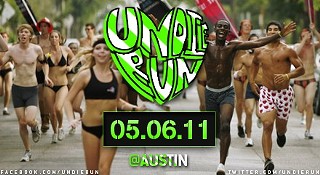 By now you've probably had quite a few Osama Bin Laden death video links posted on your Facebook wall. You know the one: It was censored by the Obama administration due to its level of violence? Well, curiosity might not have killed the cat but it certainly fueled a fairly successful Facebook scam, didn't it? Now all your friends are going to think you're some sort of sick freak who masturbates to snuff films. Ouch. That's a bit unfair. You're not a monster. You're not even Michael Vick. Word on the street is that Michael Vick isn't even Michael Vick. Who knows? People can change. It's possible that last Saturday morning Osama had a huge epiphany. He might have rolled out of bed refreshed from a great night's sleep and decided that those American infidels that he once thought of as evil oppressors were, in fact, a decent, peace-loving people worthy of respect and admiration. If he did, we'll never know because later that evening he had his head and chest ventilated by a team of Navy SEALs. Sometimes when you think the black helicopters are after you, they really are. In this case it was for a very good reason. Osama may not have been evil incarnate, but he did plan and carry out terrorist attacks that caused the deaths of thousands of Americans. Barbaric as it seems, that kind of behavior earns you a free ventilation courtesy of the U.S. government. Sure, there are those who will say that killing doesn't justify killing or that violence only begets more violence, and they are mostly right. It's entirely possible that Hitler might have eventually been defeated by compassion, prayer, and peaceful meditation. After a while, he might have eventually been smitten by the love bug, but isn't it wonderful that, thanks to the serious ass-kicking laid on him by the Allies, Hitler chose to check out early with a cyanide capsule and a Luger to his temple? Martin Luther King Jr. once said that you can kill the thinker but not the thought, and there are plenty of neo-Nazi Aryan supremacists still around to prove that point, but history has also shown that if you kill enough bad thinkers, bad thoughts tend to die out as well. The big, overriding question, then, is: Who determines what makes a thought bad? Tricky isn't it? Was it morally justifiable to cause the deaths of more than 100,000 Iraqis (that being roughly 33 times the number of casualties from 9/11) on the basis of specious intelligence about weapons of mass destruction? Was it OK because President Bush and Congress thought they were doing the right thing? Perhaps if Osama bin Laden had merely exclaimed, "Whoopsy! My bad! I thought I was doing the right thing!" after 9/11, we might have given him a pass. Probably not. And chances are black helicopters won't swoop down out of the sky in the middle of the night and ventilate George Junior for being a monumental fuck-up, but rest assured there are thousands of people in Iraq and throughout the Middle East who probably wouldn't mind taking a crack at it. In the end, the ugly truth is that they couldn't do it even if they wanted to, which only proves that moral superiority isn't worth a bucket of warm spit unless you have the power to back it up. America certainly has plenty of power, but we're still a little shaky on moral superiority. The death of Osama bin Laden inspired a lot of fist-pumping and flag-waving, and rightfully so. It's one of those rare occurrences in the past 10 years where America's power and righteousness seem unquestionably in sync. Make no mistake: Killing Osama bin Laden was the right thing to do. He was a confessed mass murderer and a sworn enemy of the United States. Like Hitler, he surely knew he had it coming, but what Americans should be celebrating is not vengeance – America is surely due some of that itself – but the fact that because Osama bin Laden is dead, Americans can feel just a little bit safer, a little bit freer, a little bit closer to that invincibility we felt before we ever heard his name. We should probably get out and enjoy it before our chickens come home to roost. You can do just that in a very American way this Friday by joining in the 2011 Undie Run, a nearly naked fun run that collects clothes for local charities. The Undie Run starts at 7pm on Friday in the parking lot behind the University Co-op and includes a photo booth, prizes by Bettysport and Forbidden Fruit, as well as free body paint and glow sticks for the first 500 runners. Best of all, it's free, just like America.