Letters at 3AM: Life as We Don't Know It

Our planet casts a shadow 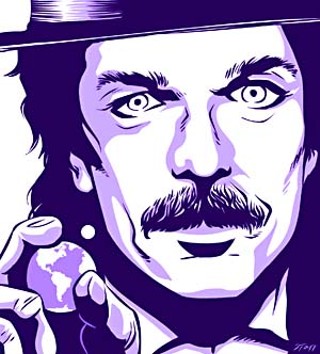 A throaty voice full of gravel, nuts 'n' bolts, and broken glass, possessed by someone taller and larger than I.

"Yeah?" I answered. Mine was a Brooklyn "yeah," meant to convey what my friend Debby once put so well: "Watch it. I'm little, but I'm crazy."

The man who said "You!" was strangely familiar. Oh. Captain Beefheart.

We faced each other in a parking lot on Hyperion Avenue in the Los Angeles neighborhood of Silver Lake. It was autumn 1983.

We'd never met. Why was he talking to me?

"Armadillo World Headquarters. From the bandstand, I seen you. You stood off to the side of the crowd, by the wall."

He was right. That's where I stood. I told him so.

He pointed to a surly looking guy nearby. "That's the Mascara Snake."

Captain Beefheart claimed to remember his birth, so it's not remarkable that he remembered a face he had seen while performing in Austin years before.

We didn't make conversation. Just nodded, as men do in John Wayne movies, and went our separate ways.

Days later, in a diner nearby, I interviewed Tom Waits. Told him of my encounter with the Captain. Waits said, "Yeah, turn that guy upside down and something of yours will fall out of his pockets."

"The Captain and I have something in common," I told Waits. "Like him, once upon a time I was a door-to-door vacuum-cleaner salesman."

Don Van Vliet, aka Captain Beefheart, died on the 17th of last month, weeks before his 70th birthday. His music defied everything, especially description. Give his Trout Mask Replica a listen. Released in 1969, it's still ahead of its time. If we ever catch up to Captain Beefheart's music, we'll be a very different society. Like the gal he sang of in "Crazy Little Thing," he had "the answer to the answer."

My wish for him is that he was together enough, at the end, to dig what was going on the month of his death. December 2010 was a Captain Beefheart kind of month.

To begin with, the scientific definition of "life" was radically redefined. Life-as-we-know-it is now life-as-anything-goes.

Reuters online, Dec. 2, 2010: "A strange, salty lake in California has yielded an equally strange bacterium that thrives on arsenic and redefines life as we know it .... The bacteria do not merely eat arsenic – they incorporate the toxic element directly into their DNA .... The finding shows just how little scientists know about the variety of life forms on Earth, and may greatly expand where they should be looking for life on other planets." The leader of the scientific team, Felisa Wolfe-Simon of the NASA Astrobiology Institute and the U.S. Geological Survey, stated: "Our findings are a reminder that life-as-we-know-it could be much more flexible than we generally assume or can imagine."

That makes me happy. Really happy. What could be livelier than to learn we no longer have a fixed definition of life?

And Dec. 1, 2010, The New York Times reported on page A32: "Roger Penrose, the eminent British mathematician, is arguing that there is physical evidence that may predate the Big Bang. ... [He and physicist V.G. Gurzadyan] go even further, claiming that the evidence also suggests that our universe may 'be but one aeon in a (perhaps unending) succession of such aeons.' What we think of as our 'universe' may simply be one link in a chain of universes, each beginning with a big bang and ending in a way that sends detectable gravitational waves into the next universe."

It doesn't end with a bang or a whimper. It doesn't end. If these findings are confirmed, what will we do with the Bible, the Torah, and the Quran?

That, too, makes me really happy. It would mean that there is no final Judgment Day; everything that is just turns into everything that will be, the universe revealed as an eternal shape-changer. Life-as-anything-goes.

The Captain didn't live long enough for this one:

The Hollywood Reporter online, Dec. 22, 2010: "Spanish-Language Show Tops Networks in Key Demo." "The No. 1 show on television Tuesday night among the key 18 to 49 demographic was Univision's Spanish-language telenovela Soy Tu Dueña. ... Soy Tu Dueña is currently the No. 1 regularly scheduled program (across broadcast and cable television) on Friday nights for all adults 18-34. ... In September, Univision was named the most popular network among television viewers aged 18 to 49, the first time a Spanish-language station has beaten English stations in the key demo in the U.S."

When Hispanic-Americans get their political act together, as one day they will, everything in this country changes. The revolution won't be televised? It's being televised, disguised as a Hispanic soap opera – for in a society that lives by entertainment, a prime shift in entertainment means, eventually, change with a capital "C."

That, too, makes me happy. Let the white right rave on, their rants are not the future. Nielsen's ratings are.

Yet even the redefinition of life can't compare to the secretary of defense and the joint chiefs of staff defending – in the halls of Congress! – homosexuality. The New York Times, Dec. 3, 2010, page A16: "Adm. Mike Mullen, the chairman of the Joint Chiefs of Staff ... made a personal appeal .... 'I've been serving with gays and lesbians my whole career. ... I went to war with them aboard a destroyer off the coast of Vietnam. I knew they were there. They knew I knew it. We never missed a mission, never failed to deliver ordnance on target.'" His "we" includes gays. Hallelujah.

And, on the last day of 2010, did you catch that front-page photo in The New York Times? Western-style skyscrapers rising above the Grand Mosque and the Kaaba in Mecca, Saudi Arabia! Condos, an 800-room luxury hotel, and a mall! In the holiest place of Islam! May Allah help them, they're becoming us. Lots don't like it, but none can help it. Use our computers – and our airplanes and our box-cutters – and you're bound to become us somewhere down the line. The medium really is the message, as Marshall McLuhan taught, and the medium will shape-shift your psyche, your dreams.

On the night of the same day, New Year's Eve, thousands of blackbirds fell dead out of the sky onto a hamlet in Arkansas. Some say it's because of fireworks. Some say UFOs. Whatever, it's like a Beefheart lyric. If it's a sign, it can't be a good one.

Be that as it may, it's a shame the Captain didn't live to experience the solstice eclipse of the moon. It happens every four centuries or so. California, where he died, was drenched with rain that night. He couldn't have seen it, but, had he lived four more days, he might have felt it.

That chilly night, skies were clear over Lubbock, Texas. A quarter to two in the morning, the moon was straight overhead. Arching my neck and spine to look directly up, for half an hour I watched our moon turn a murky, bloody red. My back ached the next two days, but it was worth it. Our planet casts a shadow! We see it only when it's cast upon our moon. But it's always happening. Our shadow flows into space. Where does a shadow end? Somewhere out there, in the "I don't know" that's at the heart of everything. 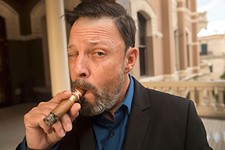 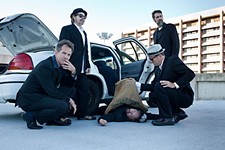