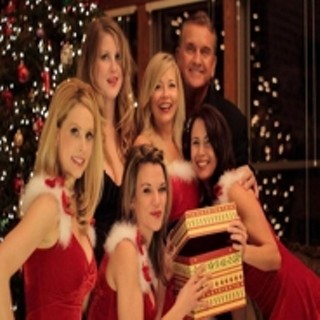 Dec. 25 is just around the corner, and the war on Christmas is really heating up. Not only is Christmas under heavy assault from the politically correct left, who for years have been insidiously leaving the "Christ" out of Christmas or nixing the entire name in favor of the more generic and inclusive "holidays," it is also taking a huge hammering from corporate greedmongers with multimillion-dollar marketing budgets who quite wisely have appropriated the symbols of Christmas if maybe not the actual name. Big business is all over Christmas like a wet Santa suit, and why wouldn't it be? After all, appropriating other peoples' holidays is a tradition that dates all the way back to Adam – yeah, that Adam. Christmas itself has been a big holiday ever since it was Saturnalia. That Roman gift-giving holiday was a stroke of genius, and the early Christians knew it. Of course, they had to gloss over the fact that Jesus wasn't much of a shopper. Far from it. Jesus was actually a bit of a hippie (or maybe his beard was just ironic, and he rocked a pair of jorts under that tunic). He was also a peace creep and an unrepentant (imagine that) inclusionist. He was down with the lepers, the hos, the paralytics, the blind (which probably translates as "visually impaired" in Nazarean), the mentally ill, the sick, the dead, and, most importantly, the poor. Back in the first century, the poor people smelled nearly as bad as the dead ones, so caring for the poor was really taking one for Team Yahweh, so to speak. Really, the only thing that really got under Jesus' skin (besides a crown of thorns, some 9-inch nails, and a centurion's lance) was when he saw that moneychangers had set up shop in the temple of Jerusalem. Jesus went Billy Jack and started turning over tables, setting doves and livestock free … all that shit. It's fairly safe to say that Jesus wasn't much of a materialist. If anything, he was hostile to materialism. Jesus didn't ride into Jerusalem on a chariot with spinny rims; he rode in on an ass. That's a statement. That's like Obama rolling up to the White House on a shitty moped. Jesus didn't wear bling or nice clothes. He didn't dine at fancy restaurants or go clubbing with his posse. Instead, he walked around with a growling stomach and dropped mindbombs on his disciples – stuff like, "Sell all that you have and distribute it to the poor." Boooom! Given that sentiment, it seems rather obvious that these days Christmas itself is a war on Christianity. Best Buy isn't having a "Give to the Poor" sale. That Mercedes with a bow tied around it isn't waiting outside a homeless camp. Those Zales holiday charm bracelets won't end up on the arms of war orphans. If Jesus were alive today (at least in a materialistic sense), he'd be waging his own war on Christmas. He'd probably be lobbying to have his name taken out of Christmas entirely. What would Christmas be without the Christ? Just "mas," which means "more" in Spanish and pretty much nails the spirit of the season. At least then no one would have to fret over the war on Christmas and everyone could continue buying mas shit they don't need without the nagging guilt of Christian morality. Sounds like a win-win, doesn't it? Until then we'll just have to settle for rampant materialism slowed by occasional attempts at Christian charity. One of those is happening this Saturday at Dallas Nightclub, where local music impresario Randy Willis is hosting his 15th annual Pickin' on Christmas and Birthday Party, a live music concert benefiting the Travis County Brown Santa Toy Drive. For the price of one toy, you can see a lineup that includes Johnny Rodriguez, Vallejo, LC Rocks, Jeff Gallagher, the Cheyenne Band, Steven Franks, and Lucas Cook. That's a lot of music for only one toy. Maybe you can bring mas.