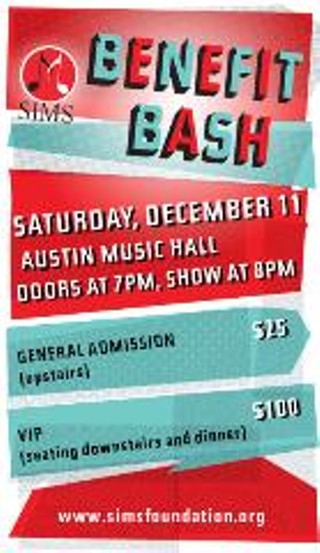 Mental health is a bit of a sticky wicket – especially where musicians are concerned. It's no wonder. The constant vacillation between unbridled egomania and soul-crushing self-doubt is bound to leave a few frayed ends. It's difficult enough for the average person to cobble together a sense of identity and self-worth. Musicians tend to compound the difficulty by pressuring themselves to be much more interesting than they really are – to be larger than life. The type of wacky, harebrained behavior that would land the average person in the loony bin (if such bins still existed) is actually tolerated and even encouraged in musicians. After all, normal isn't very entertaining is it? The result is a whole slew of aberrant dress and bizarre behavior. Consider the questionably pedophiliac, body-mutilating, androgynous insanity of Michael Jackson (arguably one of the greatest entertainers of all time), or the karate chopping, UFO-sighting, rhinestone jumpsuit-wearing (also questionably pedophiliac) Elvis, who may or may not have been involved with the FBI, CIA, and extraterrestrials. Throw in a goat, a monkey, and a 50-gallon drum of Vaseline, and you have one seriously bizarre clusterfuck. Unfortunately, in the music world that's the kind of thing it takes to get noticed. Liberace was probably at one time a fairly unremarkable Polish kid from Wisconsin; Madonna was just a high school cheerleader from Pontiac, Mich.; the members of Kiss were just hardworking metal musicians from the boroughs; and GG Allin was just a boy from Vermont who was born with the name Jesus Christ Allin, cross-dressed for the last three years of high school, did a stint at the Ringling Bros. and Barnum & Bailey Clown College, and made a career(?) out of urinating, defecating, flinging feces, bleeding, and vomiting onstage. OK, so maybe Jesus was crazier than a shit-house rat from start to finish, but he still managed to get gigs, and that's the point really. In the music business, there is always someone willing to encourage and reward insanity. Lady Gaga is a pretty good singer and all, but could she make it without the meat dress? Or the bubble dress? Or the Kermit the Frog dress? At some point her career will slow down and she'll end up paying Franc Fernandez to design her a dress out of dalmatian puppy hides, human placentas, or maybe circumcised foreskins. At some point you either decide to wear the hamster carcass earrings or end up doing matinee shows in Branson, Mo. In music, you're either on your way up or on your way down. In one night you can go from windmilling power chords in front of a club full of screaming fans to washing your underwear in a gas station restroom on the interstate. One month your album is at the top of the charts; the next month it's not even on the charts. One night you're on Leno, the next night you're on Leno. It's no surprise that many musicians try to even out the peaks and valleys with drugs and alcohol, which are always easily available. Often as not, they only amp up the insanity, and bartenders and drug dealers aren't necessarily predisposed or trained to deal with complex emotional and psychological issues – especially if they're not getting paid. Thankfully Austin has an organization that offers musicians opportunities to seek help from people who are trained to deal with psychological and substance abuse issues. It's called the SIMS Foundation, and this Saturday it's hosting the SIMS Benefit Bash at the Austin Music Hall, a fundraising concert featuring a who's who of Austin Musicians: Eliza Gilkyson, Ian McLagan, Will Sexton, David Garza, Graham Reynolds, Kat Edmonson, Don Harvey, Brownout, Lauren Larson, Ruby Jane Smith, Amy Cook, Mark Andes, and Scrappy Jud Newcomb, among others. For less than the price of a round of Jäger shots, you can show some musicians how much you appreciate them in a way that actually does them some good.