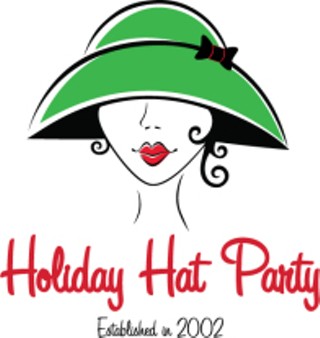 P.J. O'Rourke once wrote: "A hat should be taken off when you greet a lady and left off for the rest of your life. Nothing looks more stupid than a hat." When you have a fat Irish head the size of P.J. O'Rourke's, those are definitely words to live by. There is also a strong case against hats being made by the resurgence of straw fedoras – especially those worn in conjunction with clothing featuring tattoo designs. Wearing a straw hat with a Christian Audigier knockoff shirt doesn't necessarily mean you're a douche; it just means you probably shop where they shop. Is that so wrong? Not everyone can rock a chapeau like Justin Timberlake, but that doesn't mean you can't try. It seems to be working for Jason Mraz and Kid Rock (and really, as long as you're going to rip off other people's music …). There's nothing inherently wrong with wearing an interesting old hat that you found in a thrift store or your grandfather's attic. However, if you're wearing a hat you found in the accessories aisle at Walmart, you just might be a douche. Don't worry though; the mere fact that you found it at Walmart means that there are thousands, if not millions, of other people who did exactly the same thing, so you're not alone. Plus you probably saved the job of some 8-year-old Chinese orphan. Here's the thing: Straw fedoras aren't inherently douchey, they just end up on the heads of a lot of douches. Straw fedoras don't make douches in the same sense that guns don't kill people. It's a symbiotic relationship at best. The crazy thing is that hats are every bit as utilitarian as any other piece of haberdashery. Baseball caps keep the sun out of your eyes, stocking caps keep your head warm, hard hats prevent head injuries, and cowboy hats attract drunk blond chicks. Not surprisingly, hat types are myriad and vary in relation to functionality. There are some hats, however, that seem to serve no purpose other than to just look fucking ridiculous. You might be tempted to lump Kid Rock's fedora into this group, but that might be a mistake. Think about the big, foam cowboy hats you see at football games (really, any hat made of foam is ridiculous – be it a leprechaun, pimp, cheese, or pirate). Top hats and bowlers are pretty F'd up too (well, except for the one Lena Olin wore in The Unbearable Lightness of Being), so are beer caps, fezzes, yarmulkes, huge sombreros, and pretty much anything worn at Churchill Downs on Derby Day. Keep in mind: There is no shame in wearing a truly ridiculous hat. The mere fact you're wearing it means you're comfortable with sacrificing your dignity and ego, and nothing is cooler than a willingness to be a complete dork. If you want to get in on some serious dork action this weekend, you need look no further than Speakeasy. Friday night it's hosting Holiday Hat Party 2010, a fundraiser for Florence's Comfort House featuring music by Dysfunkshun Junkshun, Aquadrums, and Tyler Guthrie. There will also be drink specials and a tequila tasting – as if holiday hats aren't fun enough.