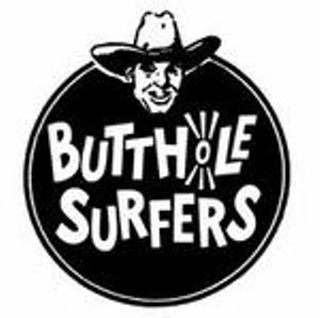 The best thing about Halloween isn't the candy; it's about making memories. Sure, it's plenty of fun to get all jacked up on candy corn and Pixy Stix and run through the neighborhood wilding trick-or-treaters in your flammable Chinese-made Darth Vader costume, but when the sugar rush subsides, a night of whacking unsuspecting kids on the back of the head with an inflatable plastic red lightsaber is just going to seem a little childish no matter how fun it was. Plus … and this is an important thing to remember … if you're looking to get laid on Halloween or any other night of the year, it's best to avoid places with children altogether – even and especially if you're a pedophile. This is not to say you can't score some strange with children around, but they do make it immensely more dangerous and difficult. No doubt there are brave souls who managed to achieve coitus on a McDonald's playscape at 3:30 in the afternoon, but they are probably few and far between and incarcerated with muscled-up cellmates who share an equal penchant for risky sexual behavior. Besides, everyone knows going to McDonald's is a bad idea – especially if you're wanting to eat a taco. So really, even though you're certain that your assless altar boy robe will be the hit of the elementary school Halloween carnival, you may want to save it for someplace where subtle irony is better understood and appreciated … like the Chain Drive for instance. You'll make memories there that will last a lifetime too, and you're less likely to end up on a sex offender Google map. Of course, you don't have to engage in outrageous behavior to make memories, but outrageous behavior definitely makes memories that last – especially if they're outrageous enough to get you tagged in an action photo on Facebook. Don't hate. Facebook is just extra incentive to come up with a well-designed costume, ideally something with a comfortable mask – a mask that won't fall off should you decide to do a keg stand in that Cinderella dress that was so long you decided you might as well go commando. As long as your luchador mask is laced up tight, you can claim that lots of other girls probably have a crucifix pull target with an inscription that reads, "Everybody gets nailed sometime." Normally only your proctologist gets to see that far beneath your panty line, so it's unlikely your boss is going to have the balls to call you on it. Point is, the only obstacles to making the memory of a lifetime are things like self-consciousness, self-esteem, and a sense of dignity and propriety. With proper costuming, you can abandon all that and get down to the dirty business of making lasting memories – or at the very least, shockingly hilarious YouTube videos with millions of hits. Being outrageous isn't all that difficult. It just means that you have to be willing to go where other people aren't. If you want a good example of how to do that, you should study up on the Butthole Surfers, who have been bringing the punk rock equivalent of shock and awe for more than a quarter century: cross-dressing, nudity, flames, destruction, blood (fake and real), all accompanied by screeching, roaring, howling soundscapes and epilepsy-inducing light shows. This weekend at the Scoot Inn, the Butthole Surfers will be playing Friday and Sunday shows that are sure to pack the Scoot to the gills. Friday night's performance will focus on material from the band's 1987 Locust Abortion Technician, and Sunday night's Halloween show pairs the Surfers with fellow punk legends the Meat Puppets, who are calling Austin home these days. You could wear a costume for the Halloween show, but first and foremost, wear some earplugs, the bands will surely take care of making memories.