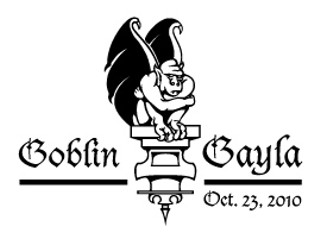 No, it's not Halloween just yet, but it is the beginning of the Halloween season. That means there's a crispness to the night air, but it's not crispy enough to keep you from sweating like a Chilean miner (and going blind like one too) inside that homemade ape suit you got for a steal on Craigslist. Really, any costume involving rubber and fur is always a bad idea in Austin. You don't want to have to sip your gin and juice through a straw jammed into a nose hole. You don't want to have to pee into an astronaut diaper. Yes, Halloween is the second biggest Holiday after Christmas, but it's not big enough to actually warrant true suffering. That's what all those other holidays are about. Halloween, like spring break, is a time for binge drinking in skimpy outfits. You don't want to wear anything that can't be quickly yanked down to your ankles while you pop a quick squat behind a dumpster on Sixth Street. No, seriously. If you think you're going to find a vacant public bathroom stall anywhere Downtown in the next 10 days, you may want to get back on your meds. Available bathrooms during Halloween are as rare as buying a winning lottery ticket or getting in the fast-moving lane at the bank drive-through. That kind of thing only happens to other, wholly undeserving people. Yes, there are those who would argue that skimpy costumes aren't scary. Au contraire. Not even Borat can rock a Borat slingshot without making normal people throw up a little in their mouths, and he's a movie star. Imagine how scary average people would be if they were wearing something similar: birthmarks, moles, body hair, muffin tops, saddle bags, beer guts, goiters, cysts, varicose veins – really, there's nothing more profoundly disturbing than the average human body on display. Even still, if you're one of those lucky few who is blessed with supermodel looks and an awesome body, you still don't have to suffer to be scary. Just pick up something sexy – say a European male swimsuit or a string bikini from a thrift store, then hose yourself down with fake blood. That way, if you get really drunk and fall down and crack your head open trying to jump over a vomit patch in your 4-inch stiletto heels, no one will even notice. Don't worry, guys fall down wearing stiletto heels on Halloween all the time – especially in Austin. It's no big deal. They just get up, dust off their bikinis, and get back to being the best slutty, blood-and-vomit stained zombie booze weasel they can be. After all, if you're going to do Halloween, do it all the way. It's one of the few two-week periods of the year that you can try out being someone more drunk, outrageous, and slutty than you normally are and still get a pass when it's all over. Awesome, right? Well, you can start this weekend at the Austin Gay and Lesbian Pride Foundation's Goblin Gayla. No, that isn't misspelled. Saturday night at the Tiniest Bar in Texas, AGLPF will be hosting a mad bash complete with apple-bobbing, a photo booth, tarot card readings, a wig auction, two DJs, dancing, and, of course, cocktails. Note to the Debbie Downers and Killjoys: Costumes are optional.