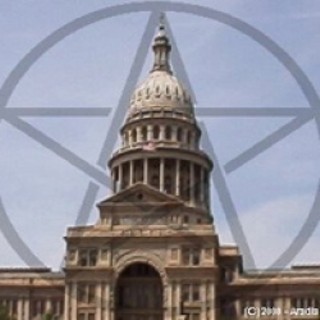 Ancient religious texts are hard to burn, aren't they? It's not like they're something useless like science textbooks or old Mad magazines. People really get touchy when you start torching the word of their Lord. You might as well be pitchforking puppies into a wood chipper. With the right publicity campaign, pitchforking puppies might stir up as much outrage as the Americans who want to build a mosque near Ground Zero … well, in the neighborhood … the same neighborhood that has a strip club, an off-the-track betting establishment, and a Starbucks – which, by the way, is a good place to start sniffing around if you're looking for an organized assault on American values. Three dollars for a cup of bean squeezins? Sweet Jesus, a couple of months of that shit and you could start your own meth lab and dental clinic. What could be more American than that? Christianity you say? Wouldn't that be nice? Unfortunately, modern American values have very little to do with the teachings of Christ. Jesus espoused nonviolence, poverty, humility, and charity. America is all about Bumfights, Who Wants To Marry a Millionaire?, and The Apprentice. If anything, Christianity is an assault on American values. Jesus specifically said: "Sell what you possess and give to the poor." That doesn't sound like Joel Osteen, Toby Keith, or even Barack Obama. That isn't America. Here in God's country, we won't even cough up enough loose change to make sure everyone has access to health care and housing. Why? Because that would be communism. Most American Christians hate communism as much as the devil himself. They would rather let poor people die in the streets than pay higher taxes to fund a government-run health care system. Nonviolence? Ask the 100,000 or so Iraqis who, it turns out, weren't hiding weapons of mass destruction. Humility? Well, there is one word that starts with the letter "H" that describes Americans' attitude toward the rest of the world: Hubris. Who knows? Maybe at some point Jesus will come back to Earth … scratch that … to America preaching a gospel of aggression, greed, arrogance, and stupidity. Until then, Americans might want to explore some other religions. Hinduism is intriguing, but there are a lot of Gods to keep track of – maybe there's an iPhone app. Judaism is basically Christianity old skool – without the Christ. Buddhism is intriguing, but you have to meditate a lot. Bor-ing. Islam? F that S. Americans like to get their drink on and really aren't terribly hung up on virginity. Ditto for Mormonism. Scientology sounds good until you actually read up on it or (God forbid) watch Battlefield Earth. Rastafarianism? Dope-smoking is already a religion for a lot of Americans, but we like to cannonball it with booze. Really, there are a lot of religions to choose from, each with its own goofy idiosyncrasies. Before you drink the punch, you probably should sample a wide variety to find the one that's best for you. This Sunday you can check out paganism at Pagan Pride Day at Zilker Park, a chance to expose yourself to a variety of pagan and pagan-friendly artisans and entertainers from the Austin area. Yes, you probably thought you were pagan already, but there's so much more to it: Wiccans, witches, druids, Asatru, mages – shit you didn't even know about, and all presumably better than not knowing at all.