The intertwined legacies of indie music and the alternative press

[Note: The second part of this column is the next-to-last section of an essay about alternative newsweeklies, originally planned to be published in three parts until another part popped in, making it four. The final section will follow shortly.]

Usually, I'm the one discouraging the rest of the Chronicle staff from covering anniversaries. There is always some restaurant or theatre group or business or music club celebrating a 10th or a 15th or a 25th anniversary, so there needs to be a stronger hook for a piece.

This weekend, however, Inner Sanctum Records, which from 1970 through the early Eighties was a critical institution in the Austin music community, is holding a 40th anniversary celebration/reunion. It is more a reunion than anything else; it's been almost three decades since so many of us (including myself) hung out there. During a crucial half-decade of my life, I probably stopped in at Inner Sanctum on a daily basis. It was one of those much-loved independent record stores around the country (think Waterloo Records now) that tends to serve as much more than just a place to buy music.

Inner Sanctum was important to several significantly different generations of cutting-edge musical taste, from country and progressive country to punk and New Wave. Located in the Bluebonnet Plaza building on 24th Street, right next to the now gone but still missed coffee shop Les Amis, it was a record store with an unusually hip, inclusive, and extensive selection. More importantly, however, Inner Sanctum was a gathering place, serving as a news and information exchange. In many ways it was the equivalent of a street-corner community center where everyone hangs out, lies, and gossips.

Presided over by manager James "Cowboy" Cooper and owner Joe Bryson, the store came into its own during the great progressive country scare of the early- to mid-Seventies (a paraphrase of Steven Fromholz). There were always records in stock that seemed impossible to find anywhere else throughout their runs; those years, they were country rock.

With an almost too aggressively famous front four of cutting-edge musical taste – Neil Ruttenberg, Richard Dorsett, dapper Stephen Goodwin, and Al Ragle – the store continued in this role of resource, library, and experimental lab through the punk and New Wave crestings of the late Seventies and early Eighties.Often it would have imports or rare indie releases before any other record store.

The reunion/anniversary is at ND at 501 Studios this Sunday, Aug. 15, 3-10pm.Larry Seaman and Randy Franklin's band, Why Not Satellite, will kick off the live music part of the reunion at 5pm. A video documentary and an in memoriam will begin at 6pm. The Uranium Savages take the stage at 7:09 sharp, followed at 8pm by the original Steam Heat. Alvin Crow's Texas Mavericks will finish the evening, beginning their set at 9pm. Presale tickets are available at www.brownpapertickets.com/event/121658.

Inner Sanctum was not just the hub for Austin's vibrant punk and New Wave scenes; much of the staff was also very involved in the local music scene in other venues. Kirby McDaniel had a Sunday night show on KUT-FM that Goodwin would sometimes sit in on, as would Ruttenberg. When McDaniel gave up the show, Ruttenberg (as the Rev. Neil X) took it over until he passed it on to Jack Kanter. Ruttenberg was in the bands Radio Fre Europe and F-Systems; "Fast Eddie" Munoz (of the Skunks and later the Plimsouls) worked at the store. Will Sharp was longtime manager of the Next, while Kanter managed Delta.

The store hosted endless local release parties, not only for seemingly all-local punk and New Wave bands but for rock, country, folk, and jazz acts as well. They would sometimes put on live music shows. Dozens of musicians shopped and hung out there, including the greatly revered and much missed Doug Sahm.

During both my first time around and at the beginning of my second tour of duty in Austin, I'd slip in to Inner Sanctum to eavesdrop on the music discussions; this was in order to garner information on which records to buy. My second go-round was supposed to be a short graduate-degree stay but is now into its fourth decade. Fortunately, early on in that one, I hooked up with a number of folks involved in the local science-fiction-writing community at the time: Lisa Tuttle, Steve Utley, Bill and Sally Wallace, Bruce and Nancy Sterling, Howard Waldrop, and Bud Simons, among others. I became very close with Richard Dorsett, another member of that community and a well-known, iconoclastic Inner Sanctum employee.

Even more than the large, admirable selection, the completely idiosyncratic staff defined this near-anarchistic record store. They would champion some records while openly despising others. The forceful urgings of Dorsett and Ruttenberg turned me on to Jonathan Richman & the Modern Lovers, Talking Heads, Television, Joy Division, and Elvis Costello. On the other hand, if I tried to buy a record they felt was beneath contempt, it was by no means uncommon for them to remove the vinyl record from the jacket to smash it against the wall.

During a long run in there, whenever Dorsett couldn't find a date, he would invite me to accompany him to the Armadillo World Headquarters. I saw a number of exceptional shows that I otherwise would have never attended, including Southside Johnny, the Dictators, and the Runaways (on a bill with the Ramones). It was crazed adventure on a regular basis: There was new music to get excited about and new talent to discover.

The day after John Cale's Sabotage tour played the Armadillo (where it would return three weeks later), inspired by the show, I went to Inner Sanctum to buy Cale albums. Ruttenberg, my good friend and filmmaking partner ("Mask of Sarnath"), kept telling me what a great price I would be getting, how he was going to be giving me a real discount (he owed me a favor). I bought a number of albums.

Not even a block from the store, I realized as I mentally calculated the cost that instead of giving me a discount, he had overcharged me. It wasn't on purpose, but he did seem a bit overly amused by his own mistake.

It seems so very appropriate that the last act on the reunion bill is Alvin Crow's Texas Mavericks, an ideal group to help celebrate the memory and meaning of Inner Sanctum. In one of those only-in-Austin moments that those of us who cherish this town love (while it gives others instant diabetes), Crow is a key player. It was the evening of Jan. 8, 1978. Many of us began it by attending the post-wedding celebration of James "Cowboy" Cooper at the old Soap Creek Saloon in the hills. Alvin Crow & the Pleasant Valley Boys provided the entertainment. They were terrific. As the evening began to wind its way down, a very healthy percentage of the crowd got in their cars to drive down to San Antonio. The Sex Pistols were playing that night at Randy's Rodeo. Alvin Crow and the Sex Pistols, country and punk: At Inner Sanctum, it was all just rock & roll.

(For more on Inner Sanctum and the anniversary/reunion, see Margaret Moser's "As the Years Go Passing By.")

A Very Brief History of the Alternative Press, Continued

There are those who were around in the Chronicle's early years who will tell you that the paper's founders and early staff were directly inspired by and carried out in almost slavish devotion to Joan Micklin Silver's Between the Lines. This is not really true, but then it is not completely untrue. The film, long unavailable in any home format, can now be found on DVD on Amazon. This short history is just a set-up for a longer discussion of the film itself next week.

Chronicling the exact generational history of the alternative press is almost impossible – blurred lines, when there are even any lines at all, are all over the place. The acknowledged source and inspiration for all these papers was The Village Voice (1955). In terms of style, focus, writing, politics, entertainment coverage, and the like, the Voice pioneered the template.

The seminal and influential I.F. Stone's Weekly had begun publishing two years earlier, but it was more a newsletter than a weekly. The first issue of Paul Krassner's viciously satirical The Realist (1958) was produced in the offices of Mad magazine. As proud and unrelenting as any opposition voice has ever been, The Realist did many things, but straight reporting was rarely one of them. Already revered by the left, the paper gained substantial notoriety in 1967, a year after Walt Disney's death, when it published a centerfold spread by Wally Wood titled "Disneyland Memorial Orgy." The artwork depicted the classic Disney characters doing drugs and having sex.

After that, a number of underground papers with considerable differences and an even more substantial overlap in style, purpose, and content sprang up: Los Angeles Free Press (1964), San Francisco Oracle (1966), Atlanta's The Great Speckled Bird (1968), and New York's The East Village Other (1965). At the same time there were also such truly eccentric publications as The Avatar (Boston, 1967), put out by harp player Mel Lyman and the rest of the Jim Kweskin Jug Band.

In Austin, there was the very political and radical The Rag (1966). Years later, it was followed by The Austin Sun (1974), which was much more of an alternative weekly. The Sun has become legendary in many ways, as it was an incubator for any number of gifted writers and strong individuals who went on to interesting careers, including Bill Bentley, Michael Ventura, Big Boy Medlin, Margaret Moser, Ginger Varney, and Jeff Nightbyrd.

When we get to the generation of alternative weeklies that the Chronicle is part of, what was muddy gets muddier. There is a period from the mid-Seventies until the mid-Eighties when inspiration was followed by innovation. This resulted in a lot of different publications starting in a variety of communities, varying in purpose and evolving at an increasingly rapid rate. At some point, there emerged a more or less common style, but the best of our generation maintained their unique voices and perspectives, despite stylistic similarities. 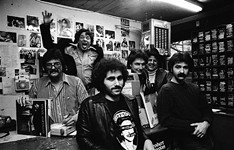 As the Years Go Passing By
Inner Sanctum and the Armadillo, cockle to cockle 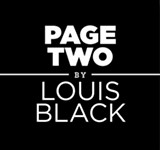 Page Two: Ringing True
The Constitution and the films of Joan Micklin Silver stand above the noise as the alt-weekly series concludes