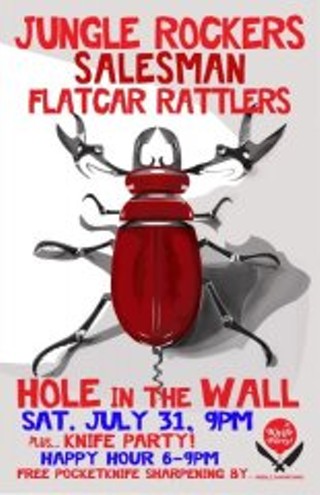 What a huge comfort it is to know that we live in a country where just about anyone can legally own and carry weapons. The saying, "When guns are outlawed, only outlaws will have guns" works equally well for broadswords and bazookas. Really, who wants to live in a nation where a toddler can't grab a hair-triggered revolver from his grandparents' nightstand and accidentally blow his brains out? Unthinkable, isn't it? Are we going to punish millions of senile paranoiacs just because some 3-year-old's parents didn't teach him proper gun safety? That's just another step toward outright totalitarianism. Should outlaws and their children to be the only ones who have the luxury of committing suicide with a merciful bullet to the temple? Seems unfair to the law-abiding clinically depressed. Other methods of suicide take so much more effort and planning. You can't just go off half-cocked. Sure, gunshot suicides can be a little messy, but life itself is messy, and in these tough economic times, there are plenty of able-bodied citizens willing to do the cleanup for next to nothing – especially if our freedom is at stake. Perhaps most importantly, the right to "keep and bear arms" is essential to forming "well-regulated militias," which the Second Amendment says are "necessary to the security of a free state." As anyone in Northern Idaho will tell you, the only way to truly secure the blessings of liberty is to let the government know that you won't succumb to totalitarianism without a firefight. When the government's Apache gunships come swooping down from the heavens with their 625-rounds-per-minute 30 mm cannons, Hydra rockets, and Hellfire missiles, militia members will valiantly defend freedom with small caliber arms fire and improvised explosive devices … for a few seconds … until the Apaches reduce them to a fine, pink mist … freedom mist. Anyone who has seen the WikiLeaks video of the Iraqi journalists getting ventilated by an Apache gunship in 2007 has an idea of how useful small arms will be in securing a modern free state. Trying to fend off one of those nightmarish bastards with anything less than a Stinger missile is outright lunacy. You might as well be packing a camera and a tripod. Anyone seriously wanting to defend liberty should consider pushing the button in a voting booth before they flip the safety on an automatic weapon. Just like cities blow money on fireworks displays on the Fourth of July, America spends billions and billions of dollars on badass weapons so you don't have to. That said, shooting guns can be a lot of fun, but you probably don't want emotionally unstable people like the double rainbow guy walking around with an AK-47. It's just not good public policy. There has to be some middle ground where people can shoot animals, tin cans, and themselves, but maybe not their fellow high school students or postal employees. It's a balancing act to be sure, but who really needs a machine gun or even a semiautomatic pistol to go hunting? Polar bear hunters, maybe. The rest of us just need to nut up and take better aim. This is not to say that you couldn't murder a lot of people with a bolt-action rifle; it only makes it harder – just like it's harder for someone to "accidentally" knife someone to death. Knifing someone to death takes dedication and follow-through, even with a fairly good-sized blade. Knives aren't handguns, but they're still pretty dangerous, which is a good reason you should probably leave your knife at home when you go out drinking … except this Saturday, because the Hole in the Wall is hosting Knife Party! Bring your legal pocket knives (everybody has more than one, right?) to the Hole between 6 and 9pm and get it sharpened for free! You can also enjoy old timey music by Flatcar Rattlers; lyrical, acoustic indie rock by Salesman; and the wallet chain surf twang of the Jungle Rockers. Hey, with all those sharp knives around, do you even need to be told to drink responsibly? That's the genius of the Second Amendment. Let's see how well it works.