In memory of a friend 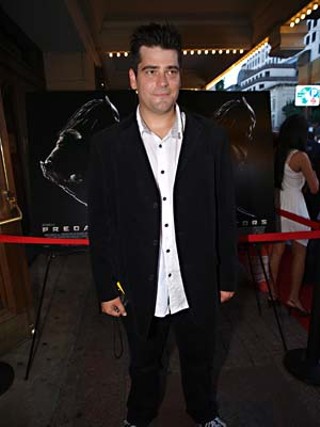 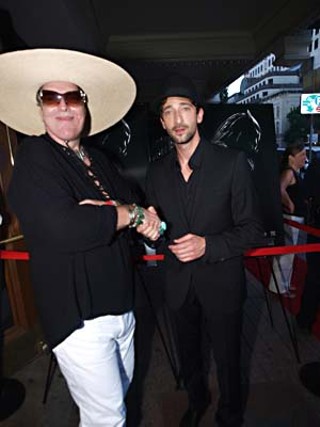 Your Style Avatar worships at the altar of Adrien Brody during the Austin Film Society's world premiere of Robert Rodriguez's Predators at the Paramount. (Photo by Seabrook Jones/www.juicythis.com)

IN MEMORIAM My friend Bob Swain is dead. One day shy of his 82nd birthday. Bob and his ex-wife were good friends of my parents, Willard and Phyllis Moser, in San Antonio in the late 1960s. They traveled in the same party circuits as my parents, and Bob and my father were both on the faculty at Trinity University. Among other trailblazing acts, he founded First Repertory Company, where my sister and I spent our summers. Bob was always a kind and intriguing figure to us, and I have a photo of Bob and his ex at my parents' hippie party in 1968. Shortly thereafter, when my family life was splintered into a million pieces by abandonment, divorce, and suicide, Bob re-entered my life in Austin, where I'd gone to school, and he was teaching theatre at Austin Community College as well as being the artistic director at Zach Scott. I'd originally gone to ACC so I could continue collecting survivor's benefits from Social Secur­ity, but I stayed because of Bob. I remember going down to the old auditorium to register for classes (this was 1975), and there behind one of the registration tables was Bob Swain. I was both shocked and pleased to see him, a benevolent ghost from my past. He welcomed me warmly, and when it turned out that I was signing up for his theatre classes, we were both pleased. It was a lean time for me, both emotionally and financially, and I was happy to lose myself in the world of theatre – and Bob was happy to have an acolyte that worshipped him and was always available at the drop of a hat. I had nothing better to do, but Bob did, and he always took the time to take me out to lunch, counsel me, and help guide me through those troubling years. At Zach Scott, where all the ACC theatre classes were taught, I was in heaven and had found a new home. Working for Bob, I did lights, sets, props, sound, etc., until I was assigned to the costume shop for The Pirates of Penzance. It was there I fell in love – with a sewing machine. The fabulous designer Libby Winters (who had lived in that big castle on Wooldridge) took me under her wing and began to show me the ins and outs of costume design. I was enthralled and a devoted fan of Libby's and the techniques she was teaching me. The next show, The Devil's Disciple, was another chance to learn costuming under Bob's former student Noel Noblitt, who had also been at Trinity. After that, Bob directed After the Fall and allowed me to design the show myself. I was 17. From the fishtail gowns to the cocktail dresses to the 1950s suits, I never looked back. Sewing, design, and fashion became my life and remain so even now, after a fashion. I'd seen him again a handful of times over the years – most recently about five years ago when my sister and I went out to dinner with him. Just as irascible and wicked as ever, his eyes crackled brightly even though he was not the same robust figure he'd once been. But in my eyes, he was a mentor, teacher, and father figure. So in many ways, I can thank Bob Swain and his patient tolerance of me for a 35-year career in clothing design. And for helping a scared and lonely teenage boy find beauty and passion in life. What a gift. My deepest sympathies to Bob's family and all who loved him.

P.S. I'd intended to write all kinds of fun things about the world premiere of Predators that the fabulous Austin Film Society hosted at the Paramount last Wednesday, but news of my friend's passing put a damper on that. But I did meet Adrien Brody (sigh) and director Nimród Antal, who said, "Who would give $50 million to a guy named Nimrod?" Robert Rodriguez did, and together they created the blockbuster hit of the summer. Oh yeah ... did I tell you about meeting Adrien Brody (sigh)?